Home » Cultural Diversity Requirement Has Done Well, but There Is More to Be Done
Opinions, Column, Featured Column

Cultural Diversity Requirement Has Done Well, but There Is More to Be Done

For most Boston College students, core requirements are pesky intro classes that take up a year’s worth of college. They’re a huge part of what makes BC the special, Jesuit university that it is. You might often hear a student, in passing, complaining about the core and asking why it was even created in the first place. For the cultural diversity requirement, the latest addition to BC’s core, you can actually read BC’s reasoning from back in 1993.

The step toward implementing a cultural diversity requirement was a huge, progressive leap—and yet, in some of the very language that The Heights article uses to express this leap, there remains a level of provincialism.

For one thing, the article explicitly refers to countries like China and India as “Third World countries.” The term is put positively, as the article gaily asks, “Where else could you learn about the literature of Third World countries or Islamic art?” The term “Third World” came about during the Cold War, and it didn’t exactly mean a developing country, as it does today. Rather, “Third World” referred to those countries that had not yet aligned themselves with either capitalism or communism, the two main economic systems at war during that time.

“First World” referred to capitalist countries like America, and “Second World” referred to communist countries like the USSR. In short, the 1993 Heights article uses a now-outdated misnomer to explain the progressive, inclusive opportunities BC is setting out to offer. While the words chosen in delivering this message are a bit unsavory (though conventional for their time), it’s also satisfying to be able to look back, even at old articles like these, and see how far we’ve actually come.

So the big question is, does this cultural diversity requirement achieve all that it hoped for? The article says that “taking a course dealing with a culture that may be unfamiliar has the potential to make students more globally aware and more concerned about events that occur elsewhere.” The cultural diversity classes also try to “grab a student’s attention in a particular area in which they thought they would never have an interest.” Do these standards hold up to what we experience today?

To complete my cultural diversity requirement, last year I took a sociology course called African World Perspectives. In addition, one of the English courses I’m taking this year—Contemporary Asian Cinema—fulfills the same requirement. I can honestly say that both courses have been intellectually stimulating, and that I have learned a lot from both curriculums. I’ve found that I enjoy BC’s core classes: In just one year, I’ve fallen in love with philosophy, and I even appreciate theology.

Regarding the cultural diversity requirement specifically, I believe that it accomplished its goals from 1993—to a certain extent. My interest in different parts of the world—such as various African and Asian countries—has grown through my experiences in these classes. But I’m not sure that I can declare, with 100 percent confidence, that I am now “more globally aware.” Such an expectation is quite a high bar to set for a college class. Though I learned a lot in one semester, in a sense I’m still as hopelessly uneducated about the world as I was before those 15 weeks.

Just last year, we experienced an incident involving racist graffiti, one that University President Rev. William P. Leahy, S.J., has infamously declined to comment on. The literal “cultural diversity” within the BC student population still has a long way to go, with the 2018-19 student body consisting of 62 percent white students (and only 4 percent black students). And during my BC experience, I’ve still found that, oftentimes, students of the same race stick together.

When I attended a Korean Students Association (KSA) general meeting, for example, it seemed that the most “diverse” person in the audience was my Filipina friend. Everyone else was Korean. It seemed that the KSA was moreso a space for Koreans to get together, and talk about Korean things, than it was a place for non-Koreans to get to know the culture. And this is in fact the case with many culture groups on campus. It seems that some BC students don’t look for a “‘serious acquaintance’ with a culture that is “non-western” even when they have such opportunities presented to them.The cultural diversity requirement aspires to improve the worldliness and sophistication of BC students. It tries to make students “experience different cultures from around the world without ever having to leave Chestnut Hill.” Even in the very language The Heights article uses, it’s clear that we’ve come far from that time in 1993—perhaps on account of the requirement itself. But, as always, we still have a long way to go, and the requirement is far from perfect. The next step is increasing  actual, physical cultural diversity on campus, in both the student body and the faculty, so that students actually won’t have to leave Chestnut Hill to “experience different cultures from around the world.” 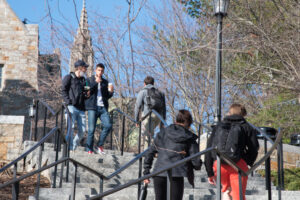 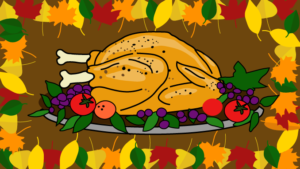