Resurfacing, a one-act play about the relationship between a father and his recovering addict son, will be staged in the Bonn Studio on Tuesday, Sept. 17. English professor Sue Roberts arranged for the play to be performed at Boston College after seeing it at a healthcare conference she attended last spring.

The play details a veteran’s battle with opioid addiction and recovery, according to posters that were displayed around campus leading up to the show. Roberts initially wanted to bring the play to BC because she found the subject matter to be relevant—both to American society at large and to those within the BC bubble.

“Everyone I have told about this knows someone—either a family member, a friend, or an acquaintance—who is addicted to opiates,” Roberts said. “We are in the middle of this right now.”

In 2017, the U.S. Department of Health and Human Services (HHS) declared the opioid crisis a public health emergency, per the request of President Donald Trump. At the time, the Centers for Disease Control and Prevention (CDC) estimated that 91 deaths were caused by opioid addiction per day, according to the press release declaring the emergency. Current CDC estimates put the number of deaths caused by opioid overdose at 130 per day in America, based on 2017 data that was collected after the emergency was initially declared.

“I think [the play] is very timely, and an awful lot of media attention has been put on [the opioid crisis], I think justifiably,” Roberts said. “The lawsuits that have started to crop up around it and holding the manufacturers responsible for the human toll that this has taken—is all occurring right now. So why wouldn’t you want to see a play that dramatizes some of that?”

Last week, Purdue Pharma settled with thousands of municipal governments and at least 20 states, which sued the OxyContin manufacturer for their involvement in the opioid crisis. OxyContin, the company’s signature opioid, is widely considered a driver of the opioid crisis. At least 21 other attorneys general told NBC News that they have not agreed to the settlement, which requires Purdue Pharma to pay $3 billion in cash over seven years. On Sunday, The Wall Street Journal reported that Purdue Pharma filed for bankruptcy following the settlement.

But opioid addiction is much more than a matter of money for those affected by it, including the playwright. According to Roberts, the playwright recreates the story of his struggle with his own son’s addiction on stage, and the actor who portrays his son is recovering from addiction himself. Both will take part in a Q&A session following the performance on Tuesday.

Roberts was holding a workshop at the “Power of Story: A Day of Sharing Among Patients, Caregivers and Providers” conference, which was hosted by Health Story Collaborative (HSC) and Harvard Medical School at Massachusetts General Hospital, when she first came across the play. As an English professor, she found the intimate narrative to be an especially engaging method of examining addiction. She enlisted the support of HSC, Creating Outreach About Addiction Support Together (COAAST), the BC Institute for Liberal Arts, the English department, and the Medical Humanities Program to make the BC performance happen.

“It was, for a two-man play, very dynamic,” Roberts said. “And I think at that point the actors were still reading from the script—they hadn’t even really completed it yet. It was still a work in progress.”

The play, with its urgently bleak subject matter, seems to diverge from the types of plays that usually appear under the lights at BC—recent performances that have taken place on campus, whether sponsored by the BC theatre department or by student groups, include 9 to 5, Pride and Prejudice, Hamlet, and The Addams Family. All of the plays pick and prod at some current societal issue in their own creative, albeit demure way, but Resurfacing puts the current opioid crisis at center stage. For Resurfacing, the social critique is not an undertone. The social critique is the play: the action, the dialogue, the heart.

Resurfacing has previously been staged at Harvard Medical School, and HSC hopes to sponsor performances of the play on more college campuses in the future. 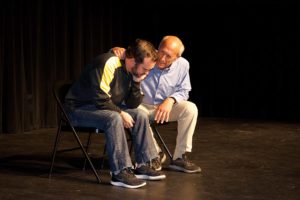 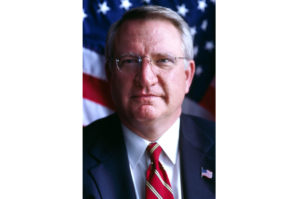 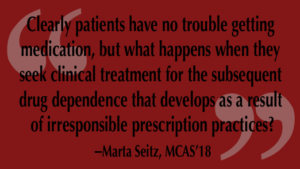