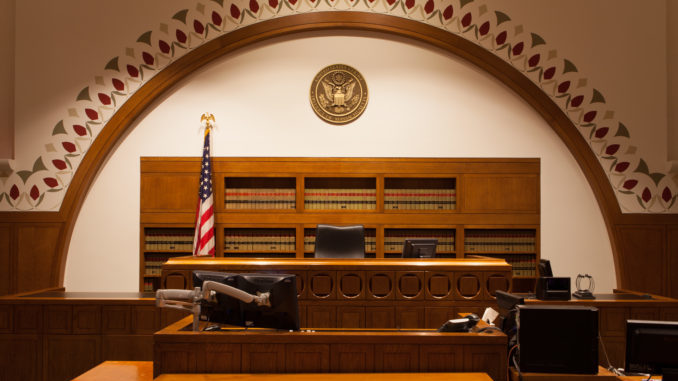 Last week, District Court Judge Denise Casper narrowed the grounds on which a lawsuit brought by a Boston College alumnus against the University over allegedly mishandling sexual assault allegations can be decided upon. Her actions have reached the point that her ruling potentially challenges the grounds on which the First Circuit Court of Appeals remanded the case back to district court in summer 2018.

The alumnus—identified only as “John Doe” in court documents—filed the lawsuit after the University decided against reversing a disciplinary decision that ruled against him over an alleged sexual assault that took place on the AHANA Leadership Council Boat Cruise in 2012. The plaintiff was reporting on the event for The Heights when the alleged incident occurred. Doe was originally suspended for three semesters, and he is seeking $3 million in damages and an expunged disciplinary record from BC.

In the days leading up to the jury trial, which began Monday, Casper ruled in favor of BC, excluding the testimony of two witnesses at trial. Casper’s reasoning for excluding the testimony of Elizabeth Fee—a family friend of Doe’s—and Joseph Walcott-Lewis—Doe’s roommate at the time of the incident—clashes with the opinion handed down by the First Circuit in the summer of 2018.

Casper said the reasoning behind barring testimony from Fee and Walcott-Lewis was that this case is about whether the University “placed its thumb on the scale” regarding consideration of an alternative culprit defense. Fee’s testimony had to do with the fact that, from the time BC began disciplinary proceedings against Doe, Doe’s defense always hinged on the fact that he claimed another student had committed the assault.

Casper’s ruling has now narrowed what the jury can consider down to whether or not the University disciplinary board violated Doe’s basic fairness rights by putting the student Doe had claimed committed the assault “at ease” prior to testifying to the disciplinary panel.

That ruling excludes Doe’s argument that his entire defense was dependent on proving another student committed the assault—most importantly that the student Doe claimed committed the assault was, instead of being considered as a culprit, used as a witness against Doe and put at ease to ensure he testified without being under threat of investigation.

Casper’s rulings are a major victory for the University. Since potential discussion of the importance of the alternative culprit defense has been limited so severely, it’s unclear whether the jury will be able to tell if any alleged interference was important enough to impinge on Doe’s right to a fair hearing process.

The First Circuit decision details exactly what basic fairness rights Doe was entitled to and differs from Casper’s interpretation.

The final clause—“in a case in which the key defense is that someone other than the accused student committed the alleged sexual assault”—could lead to issues for BC if Doe appeals the outcome of the jury trial. On the first day of the trial this past Monday, both Casper and the University took issue with the arguments Doe made during opening statements and the line of questioning Doe pursued during the first witness’ testimony.

Casper and the University argued that Doe was trying to relitigate the disciplinary proceedings rather than remaining within the scope of the case regarding the interactions between the disciplinary board and University administrators potentially affecting the hearing’s final outcome.

If an appeal is lodged by either side after the conclusion of the jury trial, how the First Circuit views Casper’s pretrial rulings in light of her dismissing the “key defense” clause could prove critical to the final outcome of the lawsuit.

It won’t be clear how the First Circuit would react to Casper dismissing an aspect of the appeals court’s prior ruling until an appeal—which is not guaranteed—takes place. Previously, though, the First Circuit remanded the case back to district court on the grounds that Casper misunderstood that a “fair procedure” was contingent on matters of fact—which must be ruled on by a jury, not a judge—relating to whether BC administrators dismissed Doe’s “key defense” when they chose to put the alternative culprit “at ease.”

This case is unrelated to a separate, ongoing lawsuit brought by a current student alleging that the University did not provide him with fair process rights during disciplinary proceedings this past spring, related to allegations that the student was involved in a sexual misconduct incident.