Home » Central Square’s ‘The Crucible’ Is a Clever Reimagining of a Classic
Metro, Arts, Theatre

Four hundred years after the Puritans first landed in Massachusetts, they reappeared on a brisk Tuesday night in Cambridge for Central Square Theater’s production of Arthur Miller’s The Crucible.

The scaled-down interpretation of the classic play had an intimate atmosphere. The sets were bare bones and actors moved the pieces themselves—most of the lighting came from harsh lamps that characters carried around during their performances. Instead of exiting the stage, characters tucked themselves into corners, frozen into place. All of this lent an eerie dollhouse effect to the production.

The Crucible cleverly dissects the messy human relationships at play in the town of Salem leading up to the infamous witch trials. All of the jealousy and feuding is laid bare for all to see as neighbor turns against neighbor. The savagery of Salem is terrifying but also incredibly petty and more than a little funny. Central Square opted to highlight the ridiculousness of the witch trials, poking fun at The Crucible’s characters rather than turning them into monsters.

In the play’s opening scene, the arrogant Reverend Parris (Randolph Curtis Rand) worries that his reputation will be ruined because he discovered his daughter Betty (Susannah Milonzi) dancing naked in the forest with his slave Tituba (Dayenne CB Walters) and other young girls. He hardly glanced at his unconscious daughter during the scene, seemingly caring more about his position than the welfare of Betty.

Reverend Parris drew chuckles from the audience as he scurried frantically around the attic. Whenever the word “witchcraft” was mentioned, he grew more agitated, and Tituba would start nervously sweeping over his feet with a broom. As his niece Abigail (Truett Felt) revealed to him that the girls had had a cauldron with them in the forest, he sank despondently into a comically tiny chair and began to rock back and forth.

At crucial moments, though, the mood would suddenly grow tense. In a haunting scene, John Proctor (Ryan Quinn) told Abigail that he couldn’t continue having an affair with her. The other cast members huddled in a circle, softly singing. Abigail walked through them, and they scattered, pressing themselves against the walls as their singing turned to wailing. Suddenly, a piercing scream cut through the noise. Betty had awoken.

This deft balance between mocking humor and emotional intensity electrified the stage, whiplashing the audience from amusement to horror. When Reverend Hale (Eric Tucker) and Reverend Parris were interrogating Tituba, threatening to hang her, the room was frozen. But suddenly a sly smile appeared on Tituba’s face as she began to feed Reverend Hale lies about so-called witches in Salem. Reverend Hale wheeled Tituba in an office chair as she peered suspiciously at front row audience members, searching for said witches.

The cast was small but masterly. Actors seamlessly shifted from role to role. At precise moments, characters would move together in tightly choreographed motions, sometimes effortlessly incorporating the moving of sets or changes in lighting into their performances. About 15 minutes into the play, an usher quietly led a group of late-coming audience members into the theater. Reverend Hale had just come onto the scene and was in the middle of a monologue, but managed to very naturally call out “welcome everyone” in the middle of it, playfully breaking the third wall.

Instead of 1600s Puritan garb, characters were dressed in austere ’50s-style clothing. Women wore starched white shirts buttoned up to the neck. Men wore suits or utilitarian workwear. Near the end of Act Four, all pretense of civilization in Salem collapses. To symbolize this fundamental shift, cast members trampled around and knocked over furniture. Even the sound technician threw clothes and papers down onto the stage from his perch. In Act Four, the characters’ clothes were dirty and wrinkled. Ties were askew. Buttons were left unbuttoned. It was a simple but striking way of underscoring the transformation that Salem had undergone.

Central Square Theater took an oft-performed play, and with creativity and thrift, made it its own. The dialogue, which can get a little dry, came to life through the cast’s comedic touches. Dramatic moments were heightened through clever innovations in sound and lighting design, making for a wildly engaging show. Never before has Puritanism looked so fun. 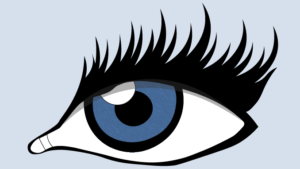