As of Sept. 24, Massachusetts temporarily banned sales of all electronic cigarette products, per a public health emergency declared by Governor Charlie Baker. The ban followed an outbreak of 805 vaping-related illnesses and 12 vaping-related deaths across the country. At the time of publication, Massachusetts accounted for 61 of those illnesses. The science on the side-effects of vaping is murky and inconclusive at best, but Center for Disease Control (CDC) officials caution that, especially for those under 25, it is best to not vape at all.

The ban had serious financial implications for local businesses: There are more than 300 vaping-speciality stores in Massachusetts who learned of the ban the moment it came into effect on the 24th and have been all but forced to close. Massachusetts is one of five states that have completely banned sales of the products, and though the ban is set to last four months while the state conducts further research into the safety of vaping products, it will no doubt leave a lasting impact on those businesses.

Since the ban declared as part of a wider public health emergency, unlike most legislative moves, it was instituted simply by the stroke of the Governor’s pen. The vaping industry in Massachusetts employs over 2,500 people, who were left shocked by the sudden banning of the source of their livelihood. Even if the ban is in fact temporary, four months of no business will put vape shops who have to worry about paying rent, distributors, insurance, and other overhead costs during the period of closure at a significant economic disadvantage.

Many vape shop employees have been effectively laid off and must now find new work. These businesses were not properly prepared or reimbursed by the state.

With no time to plan and no other products to keep them afloat, some vaping stores will likely have to close in the wake of the ban. The lack of sufficient notice and care on the part of the state is unfair to the more than 300 businesses and 2,500 workers affected by the emergency declaration.

Some local businesses that are affected include Vape Daddy’s, Garden City Vape and Smoke, and The Vape Shop at Cleveland Circle, all of which are in close proximity to Boston College and frequented by BC students.

No specific substance has been found to be the definitive cause of the vaping-related injuries, but in reported illnesses, 77 percent of patients had vaped THC and 55 percent nicotine-based products. The ban includes sales on both cannabis and nicotine electronic products (cannabis and nicotine products not in electronic cartridge form are not affected by the ban). One concern with vaped THC products in specific is that, in pure form, it is extremely expensive, so illegal distributors will mix cartridges with Vitamin E oil and THC, as they are similar in thickness, color, and odor. Experts think vitamin E oil is extremely dangerous when heated and inhaled. 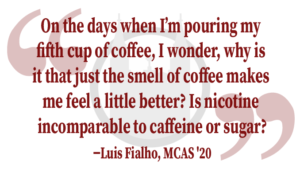 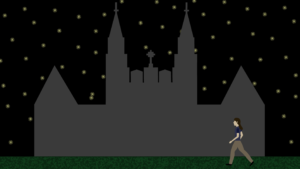