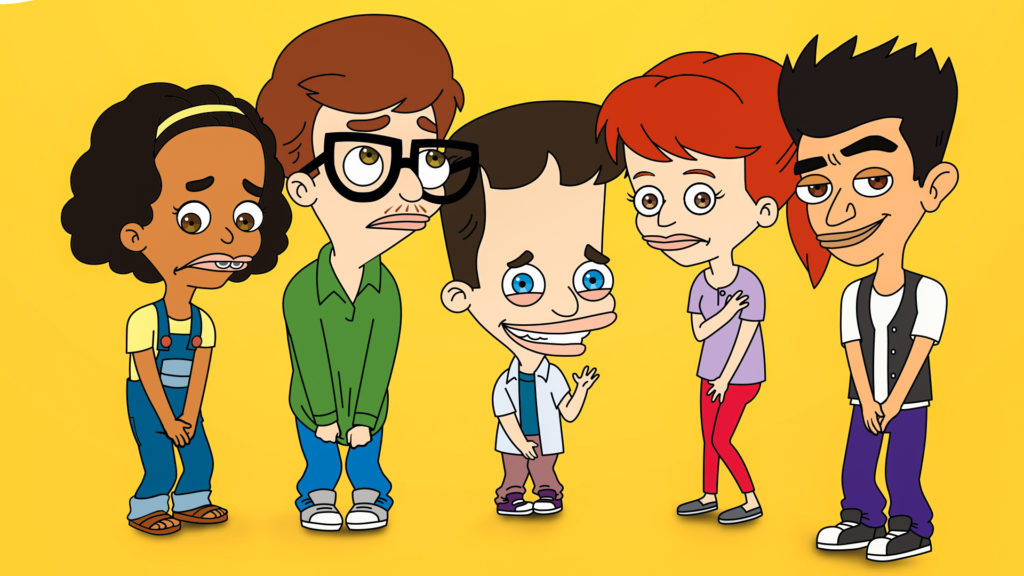 Nick Kroll and his comedic dream team gave college students the opportunity to binge on more than just pizza and beer this past weekend. Friday marked Big Mouth’s climactic return to Netflix. While Season Three technically started with My Furry Valentine, a 46-minute Valentine’s Day special that aired in February, the latest episodes deliver the show back to its delicious bite-sized format.

For Big Mouth, the third time is a charm—if middle school children talking about wanting to have sex with each other can be considered charming. (It’s a cartoon. It can be charming.) This season’s references are admittedly more niche, but it makes watching the show feel like getting to sit at the cool kids’ table at lunch. While conversing with the cater waiter raccoons, Coach Steve (Kroll) asks Lisa the Raccoon if she is a “tiny bear or a possum with a burglar mask on.” Oh, Hello, Lisa—how we’ve missed you.

The shameless self-awareness of Big Mouth is historically one of its best attributes. Coach Steve tearing through the rolling credits page of Netflix in Season One set a wonderful precedent of breaking the fourth wall. In Season Three, Big Mouth admirably achieves the same effect when Andrew’s (John Mulaney) dad Marty (Richard Kind) screams, “Skip the intro already! We don’t have time! Mantzoukas? Too many letters!” over Charles Bradley’s “Changes” during the opening credits of “Florida.” It’s the fifth episode of the season. Kroll knows we’re just letting it roll at this point.

And the one-liners are snappier than ever. When Nick (Kroll) insinuates he “owns” The Ghost of Duke Ellington (Jordan Peele), Jay (Jason Mantzoukas) calls Nick “super hashtag problematic” and screams “John Oliver is going to f—king torch you, bro.”

While the one-liners were definitely as good or better than in past seasons, they were concentrated pretty densely in Maury (Kroll, again) and Connie’s (Maya Rudolph) dialogue. That’s understandable to a point, since it’s hard to give the kids some of the more out-there references or visual comedy bits, but it comes at the cost of giving the Monsters more to do in the plot. Early on, they’re effectively comedic em dashes—an easy crutch to cram an extra joke in scenes that are already full.

Back in the good ol’ days of Seasons One and Two, Maury and Connie egged on their wards’ increasingly inappropriate behavior. For the first few episodes of this season, they feel more like passengers providing quippy commentary, along for the ride but not in the driver’s seat. Initially, the exception is Andrew’s dynamic with Maury, although the Monsters step back into their traditional roles in time.

The show lacked the broad theme or struggle that united the characters. In Season One, every important character (i.e. Nick, Andrew, and Jessi (Jessi Klein)) was grappling with their bumpy ride into puberty. In Season Two, pretty much everyone had to face down the Shame Wizard (David Thewlis) and/or grapple with their external relationships. The first episode of the third season set up what could have been a great, season-long conversation by raising questions of sex positivity and male allyship, but then fumbled the handoff until the “Rankings” episode. With that said, there were some really classic Big Mouth moments that addressed important topics, like Jay’s musical exploration of different sexual identities as seen through famous musicians.

But puberty isn’t really thematic. One day you’re forced to start wearing deodorant and the next you’re bleeding through your white jeans while walking home from summer school with your exclusively straight male friends—it’s fine, I’m fine. Part of the frustration of puberty is how utterly unpredictable it all is, and Big Mouth does well to embrace the chaos. If you’re going to demand rigid structure of Big Mouth, you’re not going to see the word “incest” breastfeeding on Maury and Andrew—a Jew—attending a neo-Nazi hang-sesh while searching for a sense of community.

Time for some mansplaining: Big Mouth was at its best and most poignant this season when it explored the unhealthy way middle school (and beyond) boys talk about their female peers. Nobody ever sat me down and explained what a hostile environment was like, so I figured that as long as I wasn’t making any lists or pointing out others’ clothing, there was nothing else I could do. For a 13-year-old boy, Nick’s “What am I gonna do, say something?” attitude was a spot-on diagnosis of how stupid pubescent guys are. Also, not to be a broken record, but I think the way that the first episode framed this conflict—Andrew and Jessi on opposite sides and Nick in the middle—would have been perfect for the show and the current moment.

Boys, look away. Big Mouth is, like puberty, complicated. On the one hand, Jessie’s inexplicable infatuation with Judd (Jon Daly), Nick’s strange older brother, is completely relatable. One of the absolute worst parts of girlhood is having to explain to your friends—and worse, yourself—why you like a boy. Connie’s constant pressuring of Jessie to admit that she has a thing for Judd perfectly mirrors the teasing that ensues when you admit you have a crush in middle school. The slut walk protest against the new school dress code materializes the dreams of every girl who was ever forced to wear P.E. shorts to class. Free the nipple, ladies.

On the other (evidently misplaced) hand, Big Mouth somewhat over-exaggerates the bounds of middle school sexual exploration. In “How to Have an Orgasm,” Jessie learns exactly that. I distinctly remember the moment someone used the phrase “flicking the bean” around me in eighth grade, well before any of my friends knew what it meant. It’s one of the rare moments where asking a cartoon character to act their age feels reasonable.

In all, every point we just made is kind of a wash. Big Mouth still is—and always will be—the best explanation of all the bonkers events that take place during your pre-teen and (soon enough, hopefully) teenage years. Feast, you beasts. 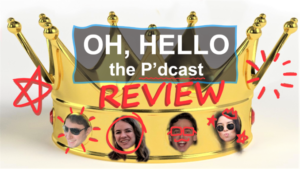 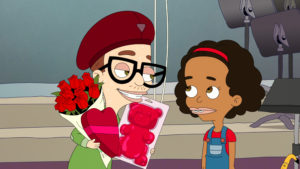