Newton Mayor Ruthanne Fuller vetoed the City Council’s order to raise the mayor and City Council members’ compensations last week. It was the first mayoral veto in 20 years, according to the Patch. Now, city councilors may decide to overrule the mayor’s veto at Monday’s Council meeting.

City councilors have not had a pay raise in nearly two decades. In the mayor’s veto letter, she said the raises are too large, too quickly implemented, and too untimely proposed.

In 2005, the Board of Aldermen—the former name of the City Council—proposed for the mayor’s salary to be increased to $125,000. The sitting mayor rejected the proposal, but it was subsequently accepted by his successor. The Board refused to raise the compensation for themselves and that of School Committee members. The compensation for the two positions remained at $9,750 and $4,875, respectively, which were originally set in 1998.

Last year, the City Council passed Resolution 388-18, authorizing the president of the City Council to appoint a Blue Ribbon Commission (BRC)—13 members from various backgrounds—to review the salaries of all three types of positions on the City Council. The BRC recommended raises for all three. If put into practice, they will incur a total extra annual expenditure of $138,000.

The City Council, however, in its Board Order 208-19, ordered raises higher than those suggested by the BRC. If passed, the Council’s order will add an extra $191,000 of cost to the current budget. This proposal, as the mayor wrote, is 38 percent more costly than the amount recommended by the BRC, which she said was “excessive.”

The BRC is appointed for advising the City Council on the matter, but the ultimate decision is to be made by the City Council, according to Cheryl Lappin, councilor for Ward 8. Lappin also said that even if the amounts were higher than recommended, they would still have little effect on the municipal budget.

The mayor’s stance is in fact sterner than the BRC’s recommendations. According to a Programs & Services Committee Report, the mayor told Councilor Leonard Gentile, chair of the finance committee, that she would veto any raise that is more than half the amount recommended by the BRC.

The mayor also wrote that the raise should be done in increments like other projects in the city, citing some projects that are funded throughout a span of 10 years or longer. The mayor said that previous implements prove this method efficient, and her colleagues should apply the same strategy in raising the compensations.

“This gradual approach is the appropriate method to address the long-frozen stipends for City Council and School Committee members,” Fuller wrote. “We, as elected officials, must apply the same fiscal discipline and measured approach to our salaries and stipends as we do to so many other city programs.”

Some council members said that the raise is necessary to support and attract more people to participate in local politics, so that members of the community can be better represented.

Lappin said that when she was 9 years old, she was “shocked” to know that her father—then an Alderman—received no payment for being on the Board. She then she testified to the Board in favor of the Aldermen getting paid, even though her father eventually voted against it.

Lappin also said that she has to devote 20 to 25 hours to her role as councilor while still working as a marketing consultant. She said that while the raise would not affect her, as she is retiring, the financial barriers caused by a low compensation prevent some prospective candidates from participating in local politics.

“It’s a lot of out of pocket…” Lappin said. “But if we don’t [raise the compensation], it will really limit the representation of the city to only to some people who have tons of money and are retired or can afford to do this job.”

The mayor wrote that the decision should be made prior to the deadline to encourage prospective candidates to file their candidacy. The mayor said, however, that the City Council opened the public hearing for the proposal on July 24, a day after the deadline, which “raised [her] concerns.”

The mayor spoke of another reason for her to consider the proposal untimely. The proposal—according to the BRC—would be effective immediately for School Committee members, and on Jan. 1, 2020 for councilors. These changes would occur in the middle of a fiscal year, which runs from July 1, 2019 to June 30, 2020. The mayor said that this would disrupt the already determined budget by cutting funds for other projects.

Some councilors said that the municipality will receive free cash during the fiscal year that can support unplanned expenditures, including the raise. The extra expenditure is small when compared to some other unplanned costs, Lappin said. The mayor, however, said that these free monies must be invested in issues of the highest priority.

“As Mayor, I cannot support the recommendation that has been presented to me,” Fuller wrote in her veto letter. “I remain open to working with the City Council on another path forward.” 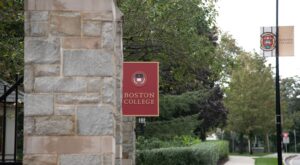 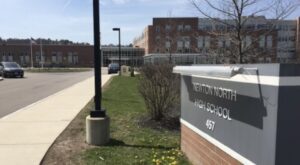