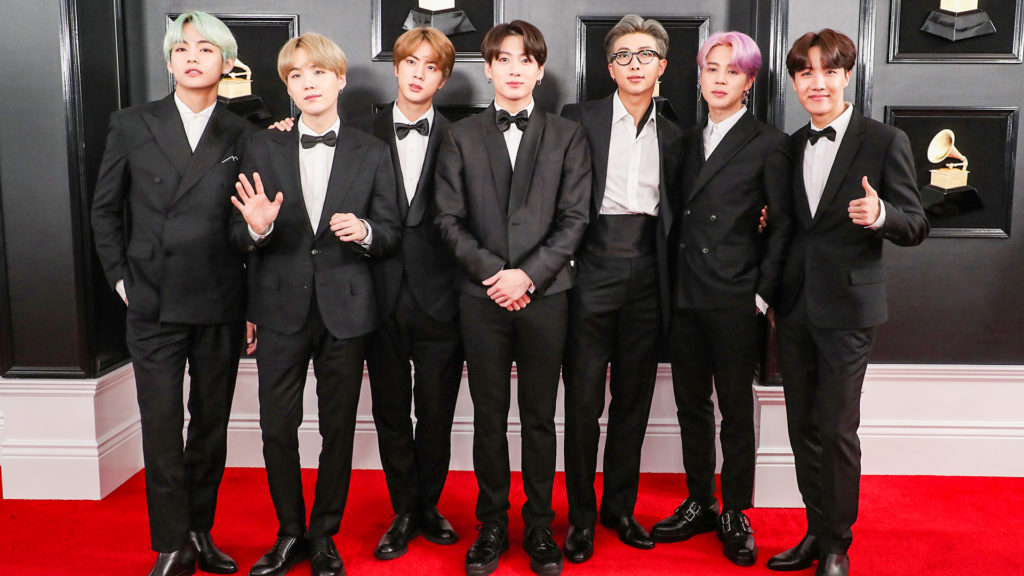 BTS Gives Shout Out to Fanbase in ‘Make it Right’ Video

Boy band BTS released its music video for updated song “Make it Right,” blending playful animation and tour footage into a tribute to their adoring fanbase.

Embraced by a screaming audience, the BTS members are seen preparing to take the stage for one of their concerts on their Love Yourself: Speak Yourself stadium tour. The video opens in black and white, building in sound and color as the electronic beat picks up. Instead of the original South Korean lyrics from “Make It Right” off BTS’s EP Map of the Soul: Persona, the video introduces new English lyrics from artist Lauv to accompany BTS’ vocals.

The fans are the heart of this video. Clips zero in on cheering, smiling audience members, holding signs, and waving lights. The camera even stalls on a poster that reads “ARMY TIME”—Army being the name for BTS’ loyal fanbase.

Not only are its fans the focus of the video, but BTS mirrors its appreciation by depicting their relationship in animation. Clashing with the stadium footage, cartoon segments illustrate the bond between the band members and their fans. These clips depict the relationship between a boy and a girl, one not remiss of the classic fairytale tropes like a perilous journey and a leering dragon.

The seven-member South Korean band has received paramount success and media attention. Over the years, its popularity has grown, granting it larger audiences, and leading to new collaborations with English artists. The group has collaborated with the Chainsmokers for “Best of Me,” Nicki Minaj for “Idol,” Halsey for “Boy With Luv,” and now BTS has worked with Ed Sheeran and Lauv for their updated sound in “Make It Right.”

Though BTS persists in its climb to global music domination, its music video for “Make It Right” pauses its pursuit, giving the band a chance to say thank you to its fans.

bts make it right
‘Lay Here With Me,’ ‘Harleys in Hawaii,’ and More in Singles
‘Watchmen’ Gets Off to a Rocky Start