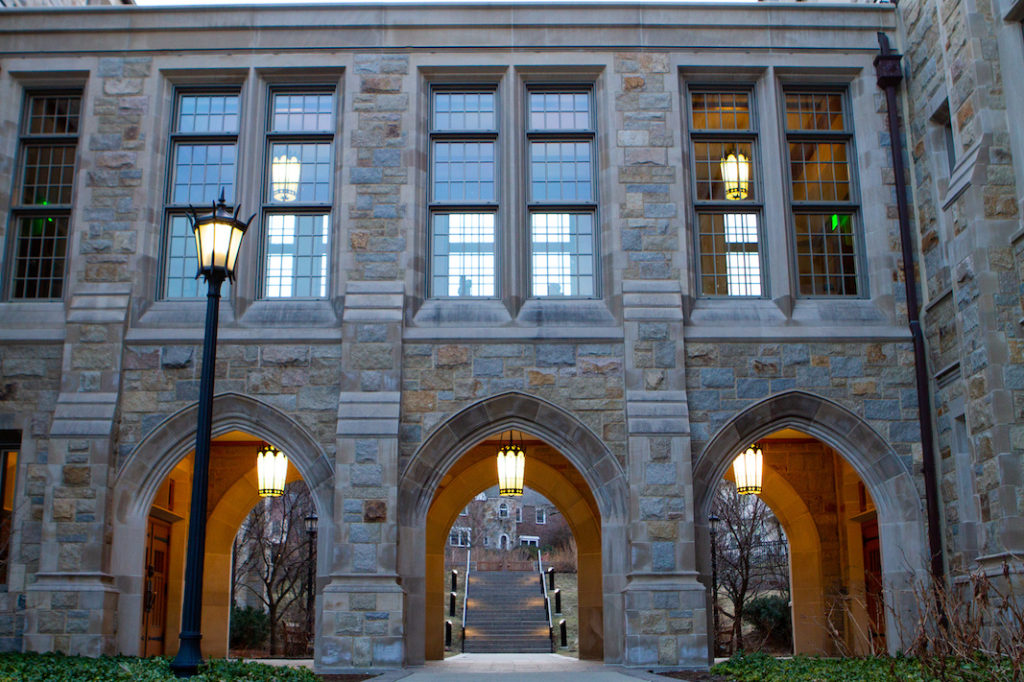 Boston College recently established a new affinity group for faculty and staff members with disabilities, Awareness Benefiting Leadership and Employees about Disabilities, or [email protected] Affinity groups at BC serve as a way for staff and faculty members to promote education and awareness for a common interest in order to sustain an environment that celebrates inclusion.

The group is led by Richard Jackson, who has worked at BC since 1979 and is currently a professor of Special Education in the Lynch School of Education and Human Development. Jackson explained that he is impressed with the rise in popularity of affinity groups among companies and universities because he believes it is important to acknowledge and promote diversity in the workforce.

“These affinity groups have been emerging for several years, and they’ve had a real impact on employees’ and faculty’s perception of quality of life here,” Jackson said.

The Office of Institutional Diversity approached Jackson last spring and asked him to start a new affinity group for faculty and staff with disabilities, and has since been working to develop the mission and strategy of ABLED.

Jackson explained that, as a person with vision and hearing impairments who has been advocating for people with disabilities throughout his whole career, he was eager to take on this new project.

Although there is still a long way to go, Jackson believes BC has made significant improvements in accessibility over the past 10 years. He said BC has taken steps to be more inclusive for people with physical disabilities, such as removing architectural barriers and installing more ramps and elevators.

The University has also worked to remove instructional barriers in order to make learning more accessible to students with learning disabilities, which Jackson believes is critical because all students have the right to equal access of instructional resources. He cited an increase in accessible textbooks, such as e-textbooks with audio components, and in-class note takers for students with disabilities like dyslexia, which has brought many benefits to a variety of students, even those without disabilities.

“If you design for people in the margins and the people that are most vulnerable, your solutions end up benefiting everybody,” Jackson said.

Along with this perception is a negative expectation of those with disabilities, which often leads to fewer opportunities in the workforce for these individuals, Jackson said.

“We don’t expect much of people with disabilities so maybe [employers] offer them jobs and experiences out of charity and kindness,” Jackson said. “This kind of legacy over the decades has led to negative expectations, and those expectations have led to limited opportunities for employment and advancement.”

In addition to bringing awareness about faculty and staff members with disabilities, one of Jackson’s hopes for [email protected] is for it to provide a place where people with family members or friends who have disabilities, or those who believe they will soon be acquiring a disability, to gain information and resources. Jackson emphasized that involvement with [email protected] is not exclusive to faculty and staff members with a disability. He welcomes anyone with an interest in disabilities to be a part of this new group.

Above all else, Jackson wants ABLED to challenge the biases that are often set against people with disabilities, which are often the result of ignorance and negative perceptions of others.

Although Jackson is currently the only member of ABLED, he is planning to introduce ABLED to the BC community with the group’s first luncheon meeting on Oct. 24. This luncheon will consist of a panel of several different presentations, including one on the communication challenges for someone with Asperger syndrome in a social workplace, as well as one on depression and anxiety in the workplace.

Moving forward, Jackson hopes to continue the ABLED Lunch and Learn talks to build up membership. He also believes it’s very important to work with other affinity groups in order to promote the concept of intersectionality and celebrate the idea of diversity in the workforce.

“It’s advancing BC’s recognition and respect for diversity among our faculty in the workforce,” Jackson said.  “Because it’s not responding to a problem, it’s just moving forward.”