A Column on Procrastination, Time Management, and Bench Plaques

For the past five days, I have been keenly, uncomfortably aware of the fact that there was something I was supposed to do that I decided to forget to do.

I’ve been walking around with that kind of guilty, kind of mentally-fuzzy feeling I used to get when my mom asked me to do something, and I would try to will my subconscious into forgetting that conversation so I wouldn’t have to feel bad about not doing it. I know that such a shameless admission might invite you, dear reader, to label me as a horrible person, but I have a feeling that you know exactly what I’m talking about.

It’s the feeling you get each day you put off studying for your midterm or doing that requisite Plato reading. No matter its origin, once it arises, this lurking, unwelcome reminder of things intentionally forgotten becomes as omnipresent as multi-colored string lights at a Walsh party. Which, empirically, means omnipresent omnipresent.

I was on my way to class today trying to shake this feeling when I got a friendly “Hey Grace” text from my editor. The anxiety sweats set in. What I had suppressed all week became crystal clear and unavoidable: I was supposed to turn in this column four days ago. Oops.

This week, in an effort to double-down on my quirky-investigator reputation, I had promised my editor 900 words of flowing prose on the merits of small-scale donations to colleges focused specifically on sponsored benches. I am, you may not be surprised to learn, exactly the sort of individual obsessed with sponsored benches that have plaques. I read them in parks, on trails, and, you guessed it, all over Boston College’s campus. By far, the best one I’ve ever read is in that aggressively picturesque, collegiate-looking courtyard between O’Neill, St. Mary’s Hall, and Bapst.

One crisp fall day earlier this semester, I ambled through the green grass, breathing in the smells of autumn and privilege, and took a seat on the nearest bench before turning to read its perfectly-worn brass plaque. To my delight it read:

If you’re anything like me, your immediate reaction is that this is a once-in-a-lifetime type of discovery. I was already envisioning a Jesuit, gender-inclusive version of Dead Poets Society in which an edgy young priest guides a group of students through their tumultuous but formative college years armed only with non-traditional teaching tactics (like ripping out the pages of your $300 textbook) and a secret meeting location (Gasson’s bell tower, but fortified with the requisite musical instruments, poetry books, and those old-timey tobacco pipes).

I made grand investigative plans. I dreamed up a week during which I reached out to whomever is in charge of plaque-age on campus and followed the trail like a tech-savvy Sherlock all the way to Father B himself. I envisioned conducting research about the percentage of donations that come from students. I imagined myself turning in a column that was informative and opinionated, but cloaked in enough jokes and sarcasm that someone might actually read it. (See, I’m being a good communication major and adapting to my audience. My Rhetorical Tradition class might affect me yet.)

None of this happened. Instead, it’s Wednesday night, and I am just now opening my computer to start the writing process. It occurred to me as I reflected on my current predicament that a column discussing procrastination might actually be more useful and interesting for the average Heights reader than a discussion of bench-plaques. I’ll call this revelation personal growth.

So, here we are. I’m sitting on O’Neill Five typing away at a column that encompasses a whole lot of nothing-my-editor-expected-this-week. In terms of accomplishing what I set out to, it’s a full-on fail. When I put it into context, between midterm studying, reading for class, and honoring other commitments, I’m not sure that I could’ve reasonably accomplished an investigative bench column this week and remained a well-rested, well-fed human being.

Finding work-life balance at college is hard. On any given day, everyone I know has a million and one things to do—from class to club commitments to service to sleep—and procrastination inevitably becomes everyone’s least favorite, inexhaustible runner in this rat race. But, the more I reflect on it, the more I think it’s worth clarifying what we really mean when we’re talking about procrastination at college.

Oftentimes, my conversations with others about procrastination go something like this:

Me: “Hey! Have you started the math problem set yet? Because I sure am confused about how to perform basic subtraction.”

Friend: “I haven’t looked at it. I’ve never heard of it. I don’t even know what that is. I’m procrastinating until the last possible minute. I have a midterm tomorrow worth 99 percent of my grade in one class, a 10-page paper for another, and it’s my mom’s birthday.” *cries*

Me: “Have you done the poli. sci. reading for Wednesday? Because I couldn’t tell if it was just my own personal inability to comprehend words, or if that was a really confusing article.”

Friend: “Nope—I’m totally procrastinating. I got dinner with my roommates and then went to a yoga class. I probably won’t even look at it until tomorrow. I can’t believe I keep putting it off.”

While I realize that procrastination is sometimes just laziness—I’m not delusional enough to think that my overly-frequent Netflix binging, for example, can be written off as anything else—it seems to me that the context usually reveals what we’re calling procrastination to be a system of prioritization.

In the first case, what students are calling procrastination is actually time management. It’s the prioritization of tasks based on importance, urgency, and ease of accomplishment, which is actually a very logical and respectable approach if you ask me. In the second case, so-called “procrastination” appears to be a prioritization of personal relationships and health, which, if you’ve been grinding out work all week and you’re anything like me, is essential to avoiding burnout and retaining a sense of sanity.

So, while sometimes I think we’re just being lazy, I’m hesitant to continue to unilaterally condemn what we call procrastination. Maybe procrastination is actually time management. Maybe, just maybe, it’s even self-preservation.

procrastination time management
The Bostonians: Balancing Tradition and Innovation
Hooking Up Can Be Empowering, But Can Also Perpetuate Patriarchy 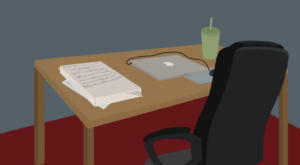