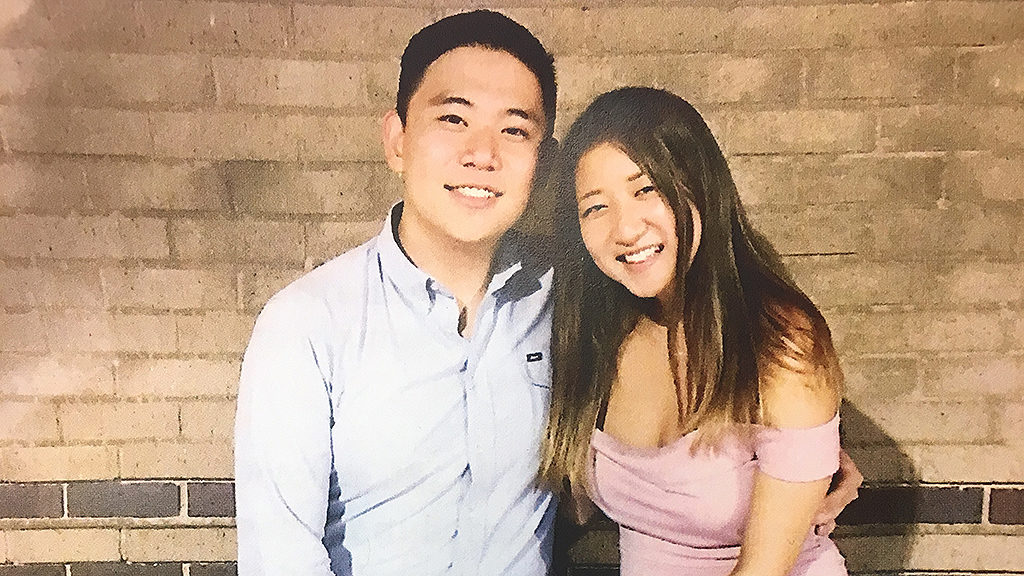 Suffolk County District Attorney Rachael Rollins announced at a Monday morning press conference the indictment of Inyoung You, MCAS ’20, for involuntary manslaughter. You being charged in connection with the suicide of her boyfriend Alexander , BC ’19.

You was tracking Urtula’s location on her phone on the day of his suicide, and she was present when he jumped to his death in Roxbury. He died on May 20, hours before he was set to cross the stage at Commencement. His family came from his hometown of Cedar Grove, N.J., to attend the ceremony, Rollins said.

Rollins said that You engaged in a pattern of physical, verbal, and psychological abuse throughout their 18-month relationship. The abuse worsened in the days and hours leading up to death.

“Students come to Boston from around the world to attend our renowned colleges and universities, eager to learn and experience our vibrant city,” Rollins said. “Their families and loved ones certainly do not expect them to face unending physical and mental abuse.”

Associate Vice President of University Communications Jack Dunn told The Heights in an email on Monday that You withdrew from classes last August.

You, who is currently residing in her home country of South Korea, is still listed in the University directory as a member of the Class of 2020.

In the two months before his death, and You exchanged over 75,000 text messages, more than 47,000 of which were from You, according to an investigation by the Massachusetts Bay Transit Police and Suffolk County prosecutors.

Rollins said that hundreds, if not thousands, of You’s encouraged his suicide. She repeatedly told him to “go kill himself” and “go die,” and she said that she, his family, and the world would be better off if he did so, according to a press release from Rollins’ office.

“Many of the messages clearly display the power dynamic in the relationship, wherein Ms. You made demands and threats with the understanding that she had complete and total control over Mr. Urtula both mentally and emotionally,” Rollins said.

The investigation revealed that You used manipulative threats and attempts of self-harm to control Urtula, Rollins said. It also found that she was aware of the spiraling depression and suicidal thoughts her abuse had brought on, but she persisted in encouraging Urtula to take his own life.

“The indictment alleges Ms. You’s behavior was wanton and reckless and resulted in overwhelming Mr. Urtula’s will to live, and that she created life-threatening conditions for him that she had a legal duty to alleviate, which we allege she failed to do,” Rollins said.

More details will be presented during the coming arraignment, Rollins said.

Urtula’s family and classmates had witnessed the abuse, which was also documented extensively in Urtula’s journal entries, Rollins said.

You has been in contact with the district attorney’s office through a representative, according to Rollins.

“We are fully fluent in the ways we can get her back if she doesn’t want to do so voluntarily,” Rollins said. “We are hopeful, but cautiously optimistic that she will return on her own, but we’re moving forward with this case.”

You is facing the same involuntary manslaughter charge that Michelle Carter was ultimately convicted of in 2017.

Through phone calls and text messages, Carter—a Plainville, Mass., native—committed involuntary manslaughter by encouraging her boyfriend Conrad Roy III to kill himself. Roy ended up taking his own life in 2014. In February of this year, the Massachusetts Supreme Judicial Court upheld Carter’s conviction, and Carter received a sentencing of 15 months in prison.

While there are some similarities between the two cases—both took place in Massachusetts and involved encouragement of suicide by the victim’s girlfriend—Rollins emphasized that You and Urtula’s case follows a distinct fact pattern. In the 2017 case, Carter had very limited physical contact with Roy prior to his death—the two were in a long-distance relationship—before sending him messages in the moments leading up to his death.

“We have, quite frankly, I would say, the opposite of that,” Rollins said. “We have a barrage of a complete and utter attack on this man’s very will and conscience and psyche by an individual— to the tune of 47,000 text messages in the two months leading up—and an awareness, we would argue, of his frail state at that point.”

“This is separate and distinct case, and we’re going to focus exclusively on Mr. Urtula and his family here,” Rollins said.

Over the summer, Massachusetts state legistlators unveiled “Conrad’s Law,” which would make the encouragement or assistance of suicide punishable for up to five years. The bill is currently before the judiciary committee in the state legislature, Rollins said.