Home » BC Law Aims to Reform Legal System in Uzbekistan 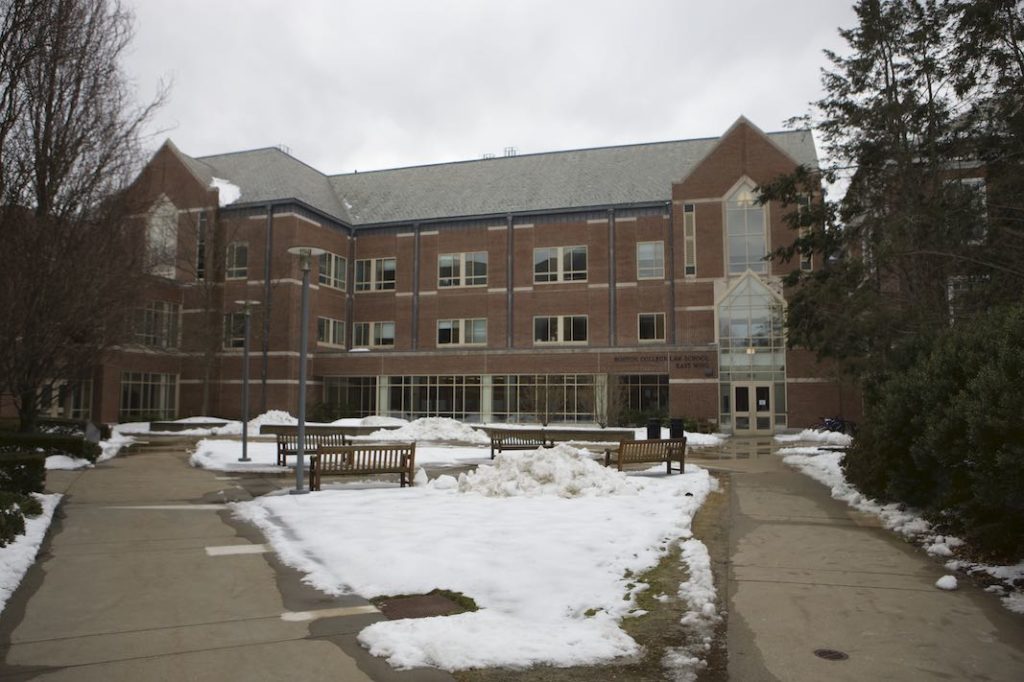 BC Law Aims to Reform Legal System in Uzbekistan

Boston College Law School began a partnership with Tashkent State University of Law (TSUL), the largest law school in Uzbekistan, in 2017 as part of the University’s plan for increased global engagement. Despite recent shakeups at the top of TSUL’s administration, BC Law is poised to continue its collaboration with the school.

BC Law began this relationship with the help of the non-governmental organization Regional Dialogue, hoping to strengthen Uzbekistan’s legal institutions as the country moves from an authoritarian to a democratic system.

The rector and deputy rector of TSUL—the institution’s equivalent of deans—were abruptly removed earlier this year, according to E. Joan Blum, a BC Law associate professor, placing the future of the partnership in uncertain territory. After the appointments of Hakimov Rahim Rasuljonovich as rector and Rustambekov Islambek Rustambekovich as deputy rector of academic affairs, however, Blum sees room for continued collaboration between the two law schools.

The partnership with TSUL, Blum explained, is an example of BC’s global engagement plan, through which BC is trying to strengthen its global presence as the University continues in efforts to raise its profile as a top academic institution.

To illustrate, Blum recounted a story of a BC Law alumnus who works for a law firm in Shanghai. His law firm wanted to expand into Uzbekistan’s capital city, and the student wanted to see if Blum would be willing to meet with one of the firm’s managing partners.

“One of the things that just struck me was, we had a Chinese student go home to China and put me in touch with a law partner in a Chinese law firm who happened to be in Tashkent at the same time,” Blum said. “Those kinds of things really help strengthen our global network.”

Vincent D. Rougeau, dean of BC Law, has helped spearhead efforts to establish a partnership between BC Law and TSUL. Rougeau has visited TSUL several times, met the U.S. Ambassador to Uzbekistan and high-ranking members of the Uzbek government, and worked with TSUL faculty.

“We believe as lawyers and as legal educators that the rule of law matters,” Rougeau said. “When countries have a system of law that is predictable, that is well-organized, and is based on concepts that respect the rights of people and human beings in ways that are generally viewed as consistent with international norms, it’s better for people in those countries and those countries have better opportunities … to be part of the global community of nations.”

Faculty from BC Law have been visiting Uzbekistan to work with both students and professors, helping both teach concepts of law and trying to show why the rule of law is so important for a well-functioning society.

“When you train the trainer, it magnifies your impact,” said Judith A. McMorrow, associate dean of experiential learning and global engagement and professor at BC Law. “Inevitably, some of those professors who come in and do the course that Joan [Blum] taught, then they follow up, they’re interested, they’re engaged.

“The folks who are participating here are gonna go back and practice, see what works for them, adapt it to the Uzbek style,” McMorrow continued. “Joan [Blum] has that magnified impact because she’s training the trainers, she’s teaching the [professors].”

Rougeau believes that collaborations like this are in the best interest of the United States, as they help states develop strong legal doctrines and robust judicial practices that can help the international system’s stability. He said that it is in the United States’ best interest to support sturdy systems of laws as nations transition out of totalitarian regimes.As the largest country in former Soviet Central Asia, Rougeau sees Uzbekistan as an important influencer in a region with little stability.

As former Soviet republics, many countries in Central Asia do not have strong legal institutions, Blum said. In Uzbekistan, the legal system has been prosecutor-centric, with the judiciary taking a backseat, according to Blum. Part of BC’s work with TSUL is meant to make the legal process more transparent.

“Another thing that Regional Dialogue is working on with help from people here at BC is strengthening the private practice of law,” Blum added. “There’s not a long tradition of people practicing law in Uzbekistan, and part of my research is trying to figure out why that is.”