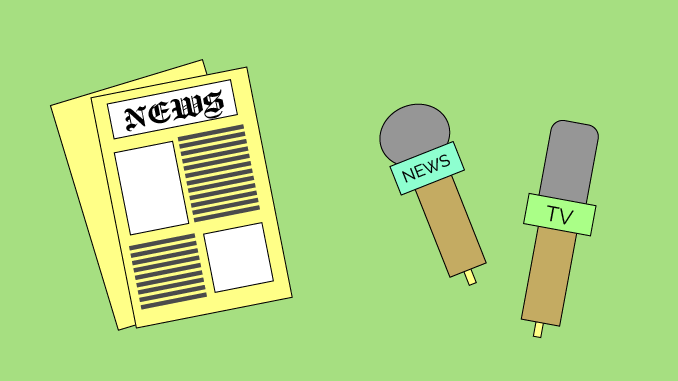 The Truth Still Matters in Journalism

In the first week of this semester, I had a perplexing conversation with one of my suitemates, in which she shared her belief that “the truth does not matter.” This seemed like a rather shocking claim to me, especially given the prolific amount of fake news in the United States right now, so I decided to sit down and delve into this opinion, which led to a conversation that helped me reassess journalism as it is today. While I came to lose some idealistic convictions I had about journalism, my faith in genuine reporting has only grown stronger.

In order to clarify what my friend’s very hot take actually means, I need to first set forth some disclaimers. My friend—who I’ll henceforth be calling “Becca”—does not believe that the truth is the same thing as a lie; she knows, as everyone does, that the truth and falsehood are objectively different.

Where Becca and I differ, however, lies in what she believes to be a journalist’s goal. To Becca, journalism is about what you can convince people to believe. It’s about an end goal. In our conversation, she gave the example of climate change: In truth, the sea level is currently rising about 0.13 inches a year. Yet a headline like this might not mean much to those reading the news. For some people, 0.13 inches may be comparable to nothing, and thus they consider this little cause for concern. Becca believes that, if we need to get people to care about climate change, then it’s permissible to publish a headline that states the sea level is rising two inches every day. In other words, she thinks that journalism is about what you can persuade the public to believe in order to achieve an end goal.

Talking to Becca changed the way I view journalism both as an aspect of news and as a potential career path. I agree with her opinion that journalists don’t get into the industry solely to uncover the truth, and that, even if they do, they’ll often find out right away that no one wants to read what they publish. Readers are, in general, more interested in entertainment-based stories than informative articles.

It’s difficult to bring justice to light in a world where not enough people care. Few people care about the truth these days, and even fewer read the news at all. For instance, the public knows about the harmful effects of consuming meat. We know the truth. And yet, do I still eat animals that have likely been kept in cages on inhumane farms their whole lives? Yes, I do, and unless you’re a trendy vegan, you probably do too. Some fact-based stories are taken seriously, like those about mass shootings and natural disasters, but the majority of the public probably doesn’t care about a .13 inch rise in sea levels.

But I can’t fully commit to the idea that the truth does not matter. Even if journalism is meant to convince, ultimately its efforts at persuasion should aim to show the public what the truth is. Of course, journalists may bend and present their stories through certain lenses, but, just as a good lie is close to the truth, journalism should still strive to reveal objective facts. And so, to me, journalism itself is built on the foundation of the truth. And the only way that we can ever reassess our trust in the government—a task that seems ever more critical in today’s administration—is to know and see the truth for ourselves.