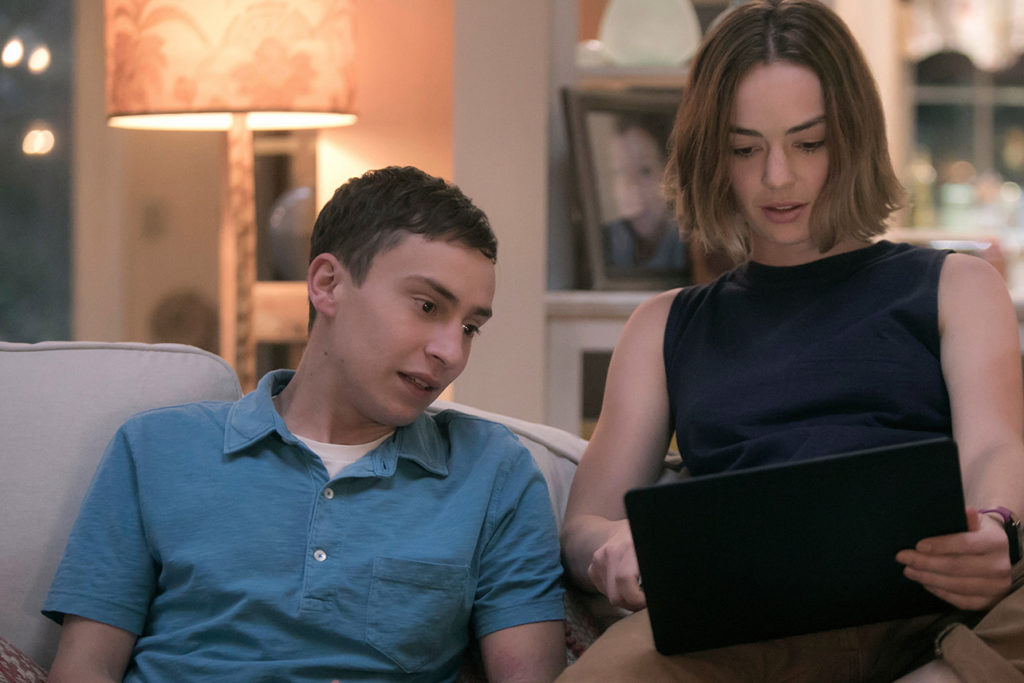 A coming-of-age story that stands on its own without need for excessive drama or wild plotlines, Atypical returns for a third season that, once again, effectively examines autism and growing up with thought, nuance, and humor.

A Netflix Original series, the third season of Atypical was released on Friday, bringing viewers back to the autistic protagonist Sam (Keir Gilchrist) and his family.

Atypical Season Three follows where Season Two left off and begins with Sam heading off to college. With a whole new environment to navigate, Sam wants to reinvent himself but runs into challenges adjusting to university life. Meanwhile, his sister Casey (Brigette Lundy-Paine) balances her feelings for both her best friend Izzie (Fivel Stewart) and boyfriend Evan (Graham Rogers) and plans her future, looking to escape from suburban Connecticut and her meddling mother.

The siblings’ mother Elsa (Jennifer Jason Leigh) tries to repair her fractured relationship with her husband Doug (Michael Rapaport) after Elsa has an affair with a bartender in Season One, but her efforts are undermined when Doug grows closer to Megan (Angel Laketa Moore), a woman from his peer support group.

Atypical continues to be an enjoyable comedy that doesn’t hesitate to explore relatable issues. As the characters grow up and start developing their own lives, the show stops focusing on Sam as much and more screen time is dedicated to the other family members. Rather than feeling disjointed, however, the show juggles different side plots skillfully, giving each one full attention and a proper resolution, creating a very complete world.

Every character feels human. Not a single character is without flaws, but no one is despicable. The show doesn’t reduce anyone to just a trope, and each character feels distinctly unique and relatable—they almost come alive through the screen.

The humor of Atypical comes naturally, with no forced punchlines or laugh tracks guiding viewers. Characters are just naturally funny, and they bring humor into the show through their personalities and the little absurdities in their lives.

The plot is believable as well, with no ludicrous fits of drama but small, calculated build-ups that drive the plot forward. Good storytelling keeps the show intriguing without major drama or hysterical antics like other shows employ to keep audiences entertained.

Atypical manages to combine easy humor with serious examinations of universally relatable problems. Whether it’s adjusting to new circumstances, communicating with loved ones, or learning to forgive, the issues that the characters work through will hit home with viewers.

With Sam’s screen time diminishing to include more side plots, the focus on Sam’s autism also lessens somewhat. In the third season, the discussion of autism shifts more to an examination of how Sam’s autism affects his life when Sam is thrown into an entirely new environment, having to navigate college classes and making new friends. While initially resistant to getting help because he wants to reinvent himself, Sam learns that receiving support and assistance is not shameful and finds creative ways to work around his autism to adapt to the strenuous requirements of college life.

The contrast between Sam’s girlfriend Paige’s (Jenna Boyd) difficult transition to Bowdoin College and Sam’s college experience shows that transitions are hard for everyone. While viewers might expect Sam to struggle more, especially with a constant reminder that four out of five autistic students do not make it through college, Paige, the high school valedictorian who had no fears about college, ends up dropping out of her dream school because she had trouble fitting in. Sam, in fact, learned to adapt and found friends.

This positive treatment of autism is really what makes the show shine. Every character is quirky and has their own strange antics, calling into question what it really means to be “normal.” Autism is never made a big deal, and Sam is never portrayed as “other” or unnatural. The show has a nuanced way of normalizing autism while also addressing the clashes that happen as a result of poor communication between autistic and neurotypical people.

Atypical is wholly enjoyable, with an easy flow to the story and effective humor. But the show also examines deeper issues that make Atypical feel much more substantial than just a throwaway comedy. The third season brings back beloved characters and develops them further, enabling the audience to follow Sam and his family further on their journey through life. 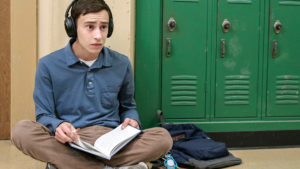