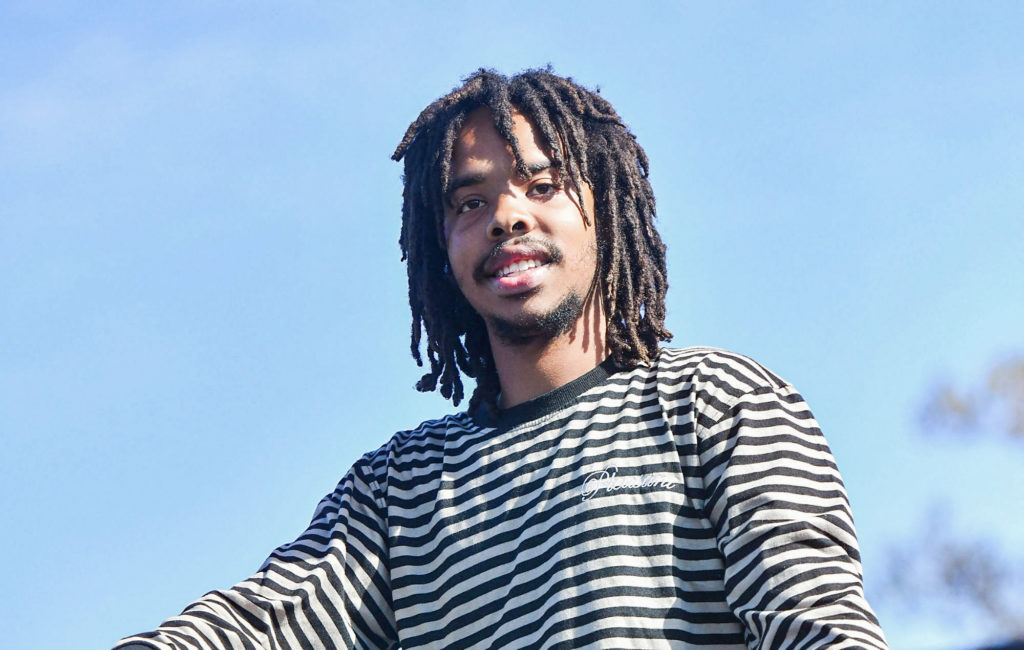 The enigmatic rapper Earl Sweatshirt solidified his reputation as one of the industry’s most innovative talents with the release a strange, disorderly music video for the song “EAST” on Friday. The video follows the recent arrival of Earl’s EP Feet of Clay. The EP builds on the discordant, choppy sampling techniques used on his previous project released this year, Some Rap Songs, while Earl’s lyrics reflect the despondency found on his 2015 album I Don’t Like Shit, I Don’t Go Outside.

The music video manifests the song’s choppy production aesthetic through a visually compelling yet bizarre piece of art that appears fractured and unrelated to the song on first viewing yet ultimately succeeds in reflecting Earl’s struggling mental state.

The video opens with Earl standing on a beach in slides, Corona in hand, smoking a cigarette and hanging out with friends. A superimposed photograph of the moon floats about the screen, and another smaller video of a man running in a parking garage flipping off the camera pops up in the upper right-hand corner. There is not only a lack of cohesion at this point in the video, but a clearly intentional decision by Earl to offer something utterly original and unpredictable to the viewer. The lyrics of “EAST” deal with alcoholism and his struggles in coping with the passing of his father. He seems to be forgoing representing the plotline of the song in favor of depicting his own scattered and more abstract feelings of loss of direction and meaning.

Shot on an iPhone, the video reflects the independent ethos of Earl’s music along with his music’s lo-fi production quality. Due to his sparse production style, his lyrics have space to operate outside the constraints of more polished instrumentation. Earl is serious about the content and wordplay of his lyrics, despite how outlandish his personality and nonchalant style may seem.

“EAST” is benefited by the frenetic, carnival-style accordion loop that sounds almost like the flying monkeys from the Wizard of Oz are about to appear at any moment. And with the amount of strange images popping up in the video, it was almost disappointing when they didn’t. The video ends with Earl walking off camera, leaving viewers just as unsettled and confused as they were at the start and ultimately wondering, “What was the point?”

This resigned nihilism pervades Earl’s work and has almost caused him to quit rapping multiple times. Most notably, he talked about his feelings of disillusionment with the rap industry after a return from a center for troubled youth in Samoa on his 2013 album Doris. On the song “Chum,” he sadly confesses, “Been back a week and already feel like calling it quits.” Although Earl is certainly still struggling with finding meaning in the commercial rap industry, in the video for “EAST” he shows that he is channeling these emotions into compelling, utterly original art.