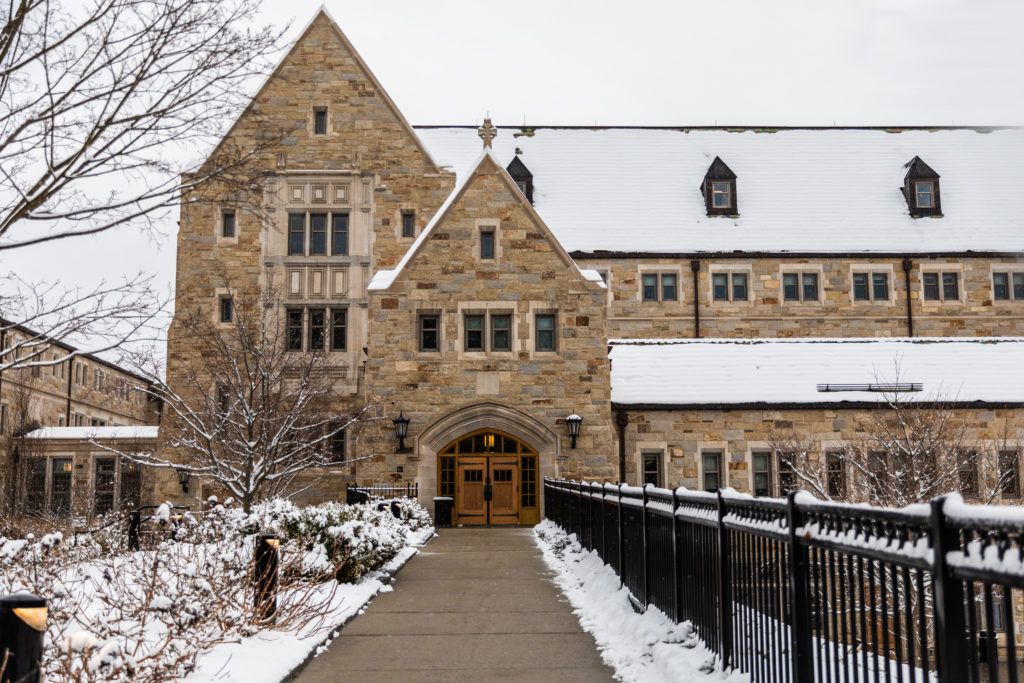 Kristopher Grahame, a current member of the FBI, warned the Boston College community to filter how they consume their news at his public cybersecurity and foreign influence briefing. The Monday event, which was a joint effort of the Woods College of Advancing Studies and BC Information Technology Services, touched on the ways foreign actors can interfere with the media.

Grahame began by defining influence operations and foreign influence, which he demonstrated using a spectrum that lists what activities, from non-hostile to covert hostile, are often used to influence nations’ internal affairs. Non-hostile activities include government propaganda and economic influence, while covert hostile activity includes targeted assassinations and terrorism, he said.

Grahame also said that democratic processes and media—specifically social media—are easy targets for foreign influence. He referenced Russian social media campaigns ahead of the 2016 elections and noted that another tactic is to boost public officials who “question the character and integrity of our liberal institutions.”

“They are just as much trying to shape foreign perceptions, our perceptions, [and] our own institutions, as they are trying to influence their own domestic audience’s perception of our influence,” Grahame said. “They want to make sure the people at home do not think that democracy is the end all be all. They want to discredit democracy as a form of government.”

Grahame went on to explain how foreign influence operations use misinformation and disinformation when targeting media outlets.

“Countries have been doing this forever,” Grahame said. “The new catch is the use of information technology. Technology makes operations cheaper, less risky, and more effective.”

Grahame provided two unclassified cases to show how technology has been exploited by foreign actors.

In July of 1983, actors were hired by the KGB to produce a misinformation campaign that falsely claimed the HIV virus was created by the U.S. Department of Defense for population control, Grahame said. The story was first published in a small circulation newspaper in Asia and, over the next two years, began to appear in about 15 different countries, according to Grahame. By 1986, an East German scientific journal cited the story and U.S. news outlets picked up on it, according to Grahame.

“We are talking hundreds of articles produced by each officer. One of those articles took four years to make it all the way to a major news outlet,” Grahame said.

Grahame moved to highlight a second news story from 2017 about a man that died driving into a tree. Following the accident, a single Twitter used claimed that the death was caused by refugees blockading the road, Grahame said. Nine days later, the tweet showed up on the front page of The Daily Caller, which has 35 million readers each month.

The account that started the rumor was not a real person, but the face of a non-governmental organization, the Internet Research Agency in St. Petersburg, Russia, Grahame said.

He again emphasized that information technology allowed one tweet to reach major new outlets in nine days, rather than four years.

“What the Internet Research Agency did was hire a few hundred college-age people, and those individuals sat at computers all day and created fake accounts on a wide number of social media apps, and then they proceeded to crank tweets out,” Grahame said.

Grahame projected a chart that showed each step the Internet Research Agency and others take in order to use information technology to influence a foreign audience: research, positioning, production, publication, application, and calibration.

Grahame said that Americans are the targets of every phase, from start to finish. He explained that workers at the Internet Research Agency try to figure out what issues can get the most traction in the U.S. and how to manipulate those topics.

Grahame concluded his talk by asking the audience to approach claims from social media with more skepticism.

“We are here to educate people,” Grahame said. “How do you validate your news? The FBI cannot moderate the content of the news. They are only employed to go after actors. It is the duty of the domestic audience to validate the news they choose to believe.”

Panel Discusses Religion and The Democratic Party
For Reflection, Focus on Establishing Habits