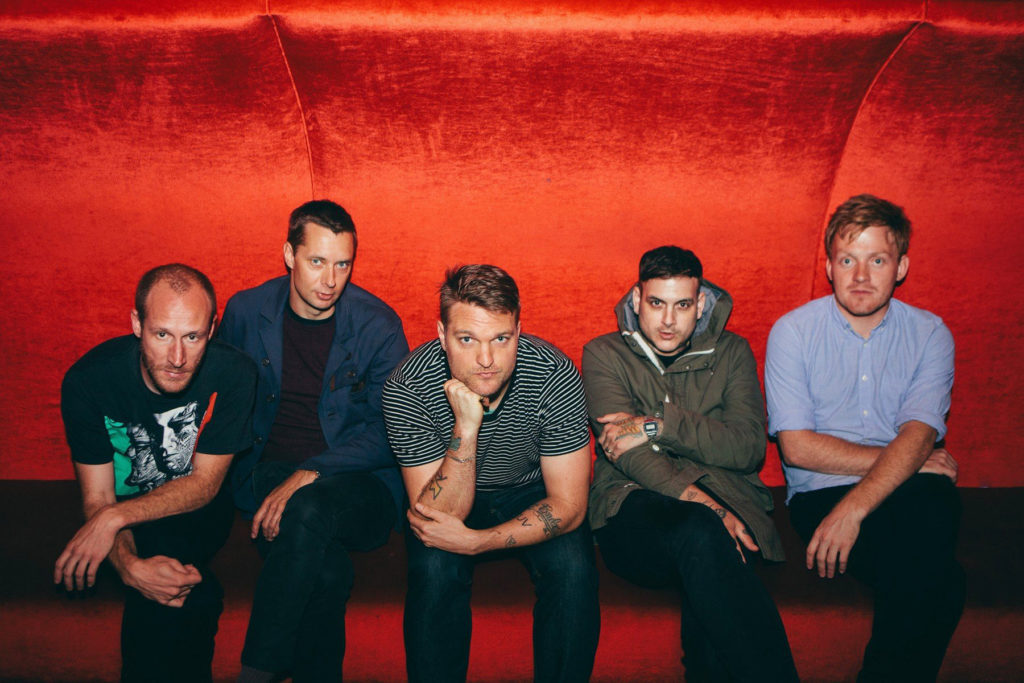 After two years of silence, the Cold War Kids are back with a mini album entitled New Age Norms I. Fans of the band who fear another long hiatus can rest easy, though. The work has been promoted as only the first piece of an album trilogy, each eight songs in length. The band’s decision to release three consecutive albums relatively short in length was inspired by the sporadic release of music by Kanye West last summer.

Band members Nathan Willett, Matt Maust, David Quon, Matthew Schwartz, and Joe Plummer were captivated by West’s easily digestible music release and believed an album trilogy would bring greater attention to the details of their work, instead of releasing 24 songs at once.

New Age Norms I opens with “Complainer,” a soulful ballad consistent with the modern rock sound of the Cold War Kids. It’s one of the band’s few collaborative songs—the band worked with Katy Perry and Electric Guest’s Asa Taccone during the writing process. The song builds in strength as it progresses, with lyrics about taking action rather than remaining stagnant in life. Lead vocalist Nathan Willett expresses his frustration for people who choose to talk instead of act. The upbeat opening sets the tone for the rest of the album, which includes highly personal lyrics paired with the band’s signature stratospheric sound.

Surf shop vibes are channeled on “Fine Fine Fine.” It’s a song of acceptance, of staying grounded and living where your feet are instead of where your mind wanders off to. Willett expresses his indifference to nostalgia. He doesn’t wish to be young again. Alternatively, he has learned to value his age and look forward to the future. “There’s so much more that we’ve got to learn / Novels and records and people unmet / I am exhausted just thinking ’bout it,” Willett sings.

“Waiting For Your Love” brings a ’70s sensibility to the album. The chorus is sprinkled with high pitched piano keys and vibrant switches in pitch. It’s a love song devoted to emphasizing Willett’s laid-back nature and how it would make a relationship smooth and easy. The song continues the headbanging energy of the Cold War Kids’ sound while offering a subtle taste of the band’s musical inspirations from the ’70s.

The album slows down to a stripped vocal and piano duet in “Beyond the Pale.” Willett’s brutally honest lyrics analyze his tendency to pursue temporary satisfaction instead of searching for long-term happiness. He argues that, though he surrounds himself with other company when on tour, it’s all just a fleeting escape from his loneliness. He understands that he has someone waiting for him at home, and that fact keeps him from giving into temptation.

“Dirt in my Eyes” picks back up the band’s transcendent rock sound. The song has a darker ambience and is guided by lyrics fueled by anger and the deep chords of an electric guitar. Passion oozes from the rasps in Willett’s voice.

Accompanying the release of the album was the music video for “4th of July,” which again reflects the band’s ’70s inspiration. The vocals seem to be guided by the instrumentals rather than existing on their own. The lyrics center on growth—how change can be positive. For the Cold War Kids, their rising fame and growing name recognition is definitely a step in the right direction.

The Cold War Kids experiment with a more contemporary rock sound on “Calm Your Nerves.” The empathetic song recognizes that facing your demons is difficult, and should not be forced upon someone lightly. “Take me to the place that you escape / And we can face the world tomorrow,” Willett sings.

“Tricky Devil” concludes the album with the same dark tone used in “Dirt in my Eyes.” It’s the longest track on the record, and is slightly different from the rest of the album in its musicality. Willett plays the psychologist in his analysis of himself and his significant other.

New Age Norms I combines the indie, soul, and contemporary inspirations of Cold War Kids. The album’s transcendent sound and ’70s flair set a high standard for the succeeding two records of the album trilogy.