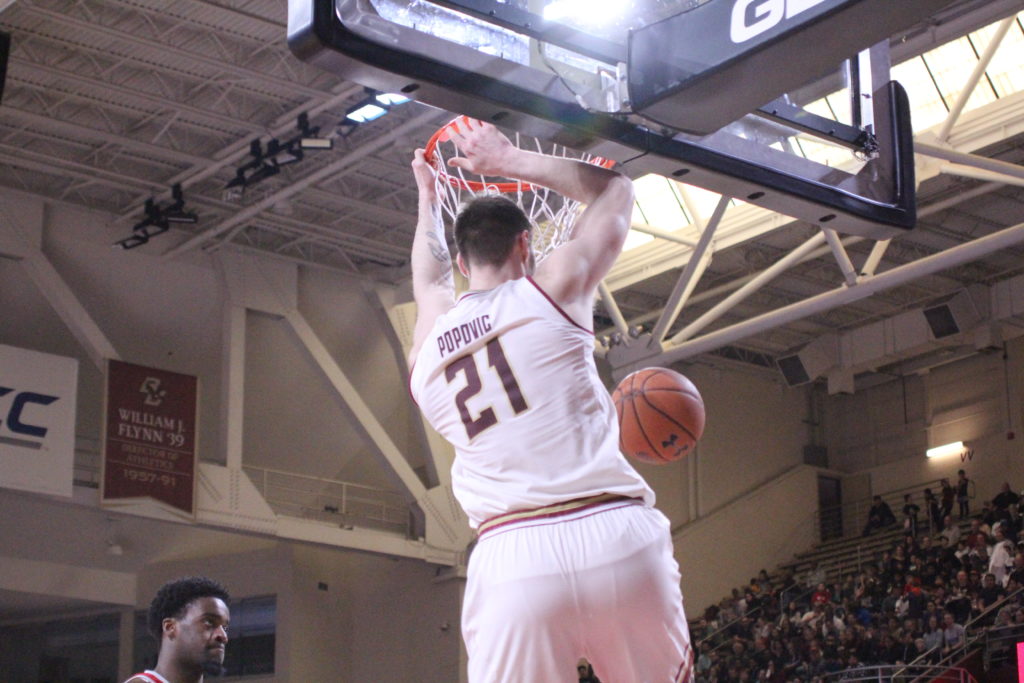 For the better part of the decade, Boston College men’s basketball has been defined by dynamic guard play. From Reggie Jackson and Olivier Hanlan to the explosive duo of Ky Bowman and Jerome Robinson, it seems like the Eagles have always had at least one proven star or exciting young player leading the way in the backcourt. But in 2019-20, both Robinson and Bowman are now plying their trade in the NBA, while their apparent heir, Wynston Tabbs, has been declared out for the season with a knee injury.

BC will instead rely on Derryck Thornton—a former five-star recruit who is at his third college—to be its next star point guard. Meanwhile, a mix of other players both old and new must step up if the Eagles hope to improve on a 14-17 finish in 2018-19 in a year where the ACC has no clear favorite.

After Robinson was picked 13th overall by the Los Angeles Clippers, head coach Jim Christian turned to Bowman and Tabbs to run BC’s ball-screen heavy offense, which finished 2017-18 as the 52nd-best in the country, according to KenPom. Meanwhile, Christian hoped that the addition of four-star small forward Jairus Hamilton and his brother Jared, as well as Tabbs and Chris Herren Jr., would give the Eagles additional depth and quality on both ends of the court after a campaign in which BC often only went seven-deep.

For a while, even without Robinson, it looked like the Eagles were poised to take a step forward in 2018-19. BC started the season 9-2, notching solid wins against Minnesota—which reached the round of 32 in the NCAA Tournament—and DePaul, but things quickly unraveled when ACC play started and Tabbs went down with an injury. The Suitland, Md., native played just three conference games, helping the Eagles upset then-No. 11 Florida State in his last appearance. In Tabbs’ absence, defenses keyed on Bowman and BC’s scoring suffered. The Eagles won just one of their last six regular season games, before falling to 14th-seeded Pittsburgh in the first round of the conference tournament.

With Tabbs out and Bowman gone to the NBA, Christian will rely heavily on Thornton and Nik Popovic, who is coming off a breakout junior season, to step up and be leaders for the Eagles.

“He’s played so many minutes that his experience level is going to be huge for our team,” Christian said of Popovic. “And he’s a very versatile big guy, we can put him in a bunch of different spots.”

Beyond that, BC looks for several other players to contribute to fill the void left by Bowman—both his durability and his 19 points per game. Chief among the candidates to step up is Steffon Mitchell, who notably stayed in Chestnut Hill over the summer to work on his shot and his confidence. Christian also expects that Jay Heath and CJ Felder, two of the four players that make up the freshman class, will be able to serve as valuable rotation pieces right away. As for on the floor, the focus this year for Christian is two-fold. First, he’d like to see the Eagles get out in transition.

“You have to find ways to get easier opportunities,” he remarked at Media Day. “A lot of those ways are in transition.”

“We don’t have the type of team that can bang the ball into the post or has a marquee guy that’s going to be able to create his own shot all the time,” Christian added. “We have to score in transition.”

And secondly, for BC to improve on its 14-17 record of a season ago, it’ll have to find a way to be more consistent defensively. The Eagles allowed more than 75 points in six of their last seven games in 2018-19, and Christian and Co. are searching for a way to ensure that stretches like that don’t occur again.

Note: Christian hasn’t settled on a starting five, so take this with a grain of salt.

PG: Derryck Thornton — Thornton comes to run BC’s offense with stops at Duke and USC under his belt. A capable floor general whose 2.2:1 assist-to-turnover ratio was third-best in the Pac-12, Thornton provides the Eagles with a calm hand at the tiller. He’ll likely be asked to improve upon his 2018-19 scoring average of 7.7 points per game.

SG: Jay Heath — Ranked the 32nd best shooting guard in the country for the class of 2019 by 247 Sports, Heath is expected to contribute immediately for the Eagles. Comfortable creating with the ball, he’ll bring competitiveness, energy, and a good shooting touch to a BC team that is certainly in need of scoring.

SF: Jared Hamilton — Perhaps the best defender in the backcourt, Hamilton will be entering his first full season with BC after becoming eligible in December 2018. Offensively, he’s got a capable mid-range shot, and if it’s falling he can provide the Eagles with double-digit scoring.

F: Steffon Mitchell — It’s well-known that Mitchell will always bring defensive tenacity and high energy to the floor, but the hope in year three is that the junior, who shot just 1-of-18 from deep as a sophomore, will be able to take a step forward on the other end and become a more consistent scorer and shooter.

F/C: Nik Popovic — The leading returning scorer for BC, Popovic enjoyed a stellar 2018-19 in which he averaged 14.5 points and 7.2 rebounds per game. He’s also the Eagles’ most versatile offensive option, with a soft touch around the basket and good range on his jump shot.

F Jairus Hamilton — Hamilton was a four-star recruit in 2018, but struggled to find his feet as a freshman, averaging just 5.6 points per game in 20.6 minutes a contest and shooting just over 40 percent from the floor. The Eagles will want him to take a leap, both as a perimeter defender and scorer.

F: CJ Felder — A 6-foot-7 forward from Sumter, S.C., Felder provides BC with more offensive versatility in the lineup and a stout defensive presence. He averaged five blocks per game as a senior in high school, while also adding 13 points and 11 rebounds per contest before missing the second half of the season due to injury.

G Chris Herren Jr. — Less heralded than both Tabbs and Hamilton, Herren Jr. nonetheless proved himself to be a important piece for BC. He was third on the team in 3-pointers made (26), and started eight games while also offering a high energy level on the defensive end.

G Julian Rishwain — The third of the Eagles’ freshmen, Rishwain certainly knows how to put the ball in the basket. A native of Sherman Oaks, Calif., he averaged 20 points per game as a senior. At 6-foot-5, he’ll also bring some length to the BC backcourt.

F Kamari Williams — Williams should provide BC with another valuable asset: perimeter shooting. His high school coach Kevin Jones told 247 Sports that Williams is an extremely good shooter who is also able to attack the basket and defend multiple positions. A 6-foot-8 guard/forward hybrid, Christian and the rest of the Eagles’ coaching staff will look for Williams to adjust to the ACC quickly.

F Luka Kraljevic — Kraljevic stands at 6-foot-11, offering BC a big-bodied presence off the bench, but he will have to become more consistent to see time on the floor this season. He cracked the 10-minute mark just three times in 2018-19, and fouled out in nine minutes at Syracuse on Feb. 9. 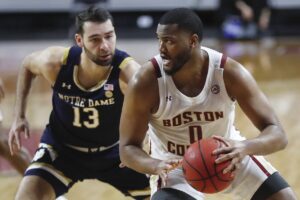 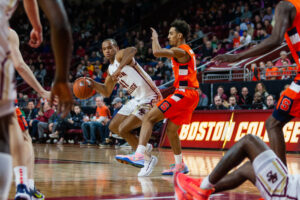