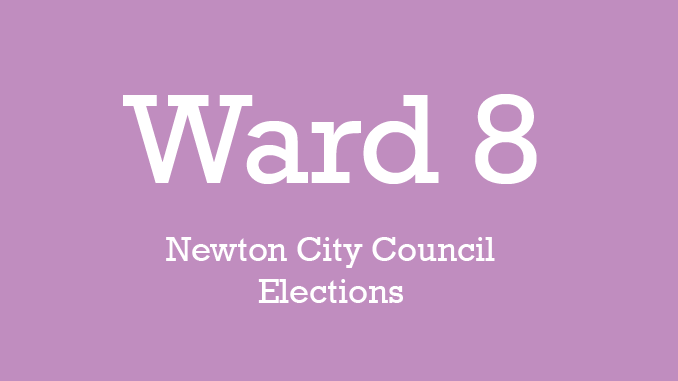 All Ward 8 candidates are running unopposed.

Holly Ryan is running to be the Ward 8 councilor. Ryan is a Human Rights Commissioner in Newton, as well as a member of the Newton 9-11 Memorial Committee, which raises funds and installs memorials for the heroes of 9/11, according to her website. She has lived in Oak Hill Park for her entire life.

“My roots are in Ward 8,” Ryan’s website says. “I grew up in this community, raised my children here and we have always loved it. I want to be sure that we remain a diverse community where everyone has a voice, and residents of every age and income can live here and enjoy all that Newton has to offer.”

Richard A. Lipof is running for reelection for the Ward 8 councilor-at-large position. He was first elected in 1996, according to the City of Newton website. Lipof is a real estate appraiser, consultant, and broker.

His areas of interest in the city include responsible development, zoning, and public development, according to the website. He serves on the Public Safety and Transportation Committee and is the vice chair of the Land Use Committee.

David Kalsi is running for reelection after serving in the Newton City Council since 2012, according to the City of Newton’s website. He lists five areas of interest in the city: representing the interests of constituents, fiscal responsibility, investing in infrastructure, zoning reform, and working for economic development that is balanced.

He currently serves on the Programs and Services Committee, Zoning and Planning Committee, and the Real Property Reuse Committee.