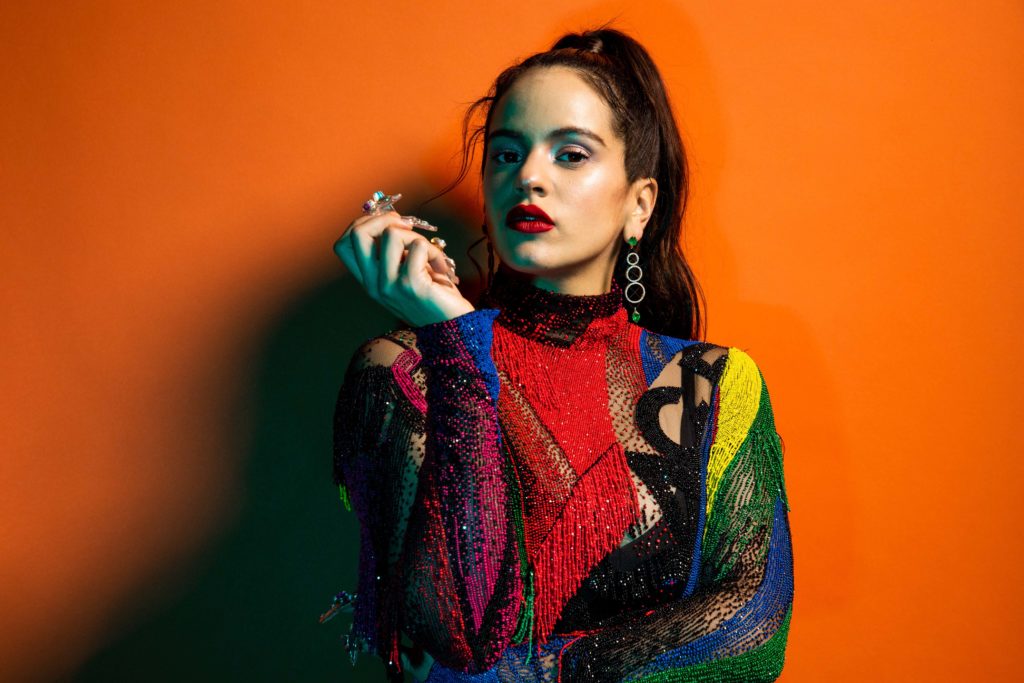 Spanish pop star Rosalía revels in her mysterious side in her newest music video for “A Palé.”

The video, which was directed by Jora Frantzis, manages to mix the flamenco influences Rosalía is known for with the grit of the song’s dark trap and synth beats.

Rosalía opens the video swaying in front of the camera, with her talon-like acrylic nails, unibrow, and gold grill instantly grabbing the viewer’s attention. As the camera pans out, a wall of industrial crates comes into view behind Rosalía, who is bathed in a circle of ethereal blue-white light.

Rosalía plays with sets and costumes to juxtapose grace and tenacity, reflecting the track’s theme of success and independence.

After a few moments, however, Rosalía throws niceties out the window as a booming bass note slams the listener. The scene suddenly shifts to a beige industrial setting, where workers send Rosalía down the assembly line as she stares down the camera.

Rosalía raps, dancing with a punchy flamenco style. When the song builds to the chorus, the singer flies through the air in an action-movie-esque jump, suspended in the air between two crates. Wearing a flowing gown with a monstrous train, Rosalía weaves beauty and danger together as a deep voice drones, “A Palé, A Palé, A Palé.”

Frantzis adds to the intensity with unique cinematography. Aggressive jump cuts and shaking camera frames give the “A Palé” video a layer of intricacy and mystique.

As the tension builds, Rosalía moves in unison alongside monochrome-clad dancers and uses the strong trap beat to her advantage. With synchronous choreography reminiscent of Beyoncé’s music videos for “Formation” and “Sorry,” Rosalía’s visuals in “A Palé” pack an unapologetic punch and show off her dance prowess.

The “A Palé” video is likely to go down as one of Rosalía’s best. As her fame continues to build in the United States and abroad, “A Palé” serves as a testament to Rosalía’s sheer musical talent. In successfully combining elegance and beauty with raw attitude and power, Rosalía sets herself on a new creative path.