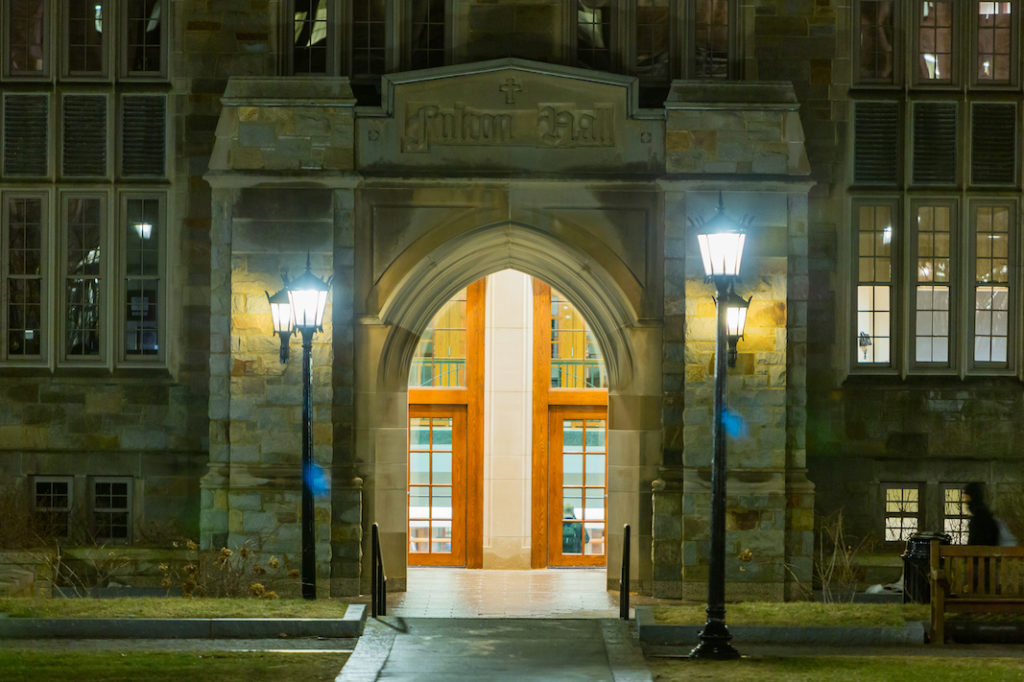 When Laura Perrault, MCAS ’21, first arrived at Boston College, she struggled to understand the discussion surrounding the need for increased diversity on campus. Her New Hampshire hometown provided a contrast with life in Chestnut Hill, so it took her some time to realize the difficulties that students from more diverse communities were experiencing.

But rather than letting these differences discourage her, Perrault let it drive her developing interest in issues surrounding diversity and intersectionality. One of BC’s weaknesses, she said, is that students who think these issues don’t apply to them tend to forget they exist at all.

“The diversity aspect might not play a huge role in every part of my life at BC—I don’t experience it every day—[but] that doesn’t mean I can’t help someone else who is experiencing those hardships,” Perrault said.

“It seems like a natural structure to me, because as a part of my committee I have six subdivisions … and so I feel like it’s just a ton of different types of students that we’re reaching out to, but they all kind of relate to each other,” she said.

One big initiative the Intersectional Experience committee is trying to push is getting feedback from students on what they would like to see change on campus, Perrault said. The senators are going to start tabling on campus to ask students about what can be improved at BC, and they are also going to try adding a link on the weekly UGBC newsletter that will allow people to submit anonymous feedback.

The senators also plan to talk to representatives from different organizations that relate to their respective designations. The LGBTQ+ and gender senators, for example, will be talking to the GLBTQ+ Leadership Council (GLC) and the Women’s Center to see what the biggest needs of the students they interact with on campus are.

“It’s up to every senator how they want to approach it,” she said. “Because, for example, [with] LGBTQ, tabling might not be the best approach to reaching out to that community. It might be going into safe spaces and finding out who they work with and then talking to them through there.”

Once the senators have this feedback, they will be ready to sit down and figure out what resolutions and initiatives they can create to help students feel more included on campus, Perrault said.

“I think that’s something that kind of like gets swept under the rug as far as accessibility— people don’t think about nonverbal communication techniques,” Perrault said.

Perrault described herself as a bridge between her committee’s senators and Michael Osaghae, UGBC president and MCAS ’20, and Tiffany Brooks, UGBC vice president and MCAS ’21, who have formal meetings with members of the administration about the issues UGBC wants to address.

“None of these things are going to come to fruition until we have the administration behind us, and, obviously, there are certain administrators that are better for certain issues as far as rallying behind us,” she said. “If they feel super passionate about it, we want to include them.”

At the end of the semester, Perrault will be passing the baton as chair of Intersectional Experience to John Gehman, MCAS ’21, who will be returning from a semester abroad. But Perrault—who will still be on campus—said she’s eager to continue helping out with the initiatives that she’s started, even when she is no longer formally the committee chair.

“[In] the end, I hope that … some students on campus feel as though an initiative passed by UGBC helped them feel more included,” Perrault said.

Bench Plaques and Thoreau
Participation is Unfair Method for Grades