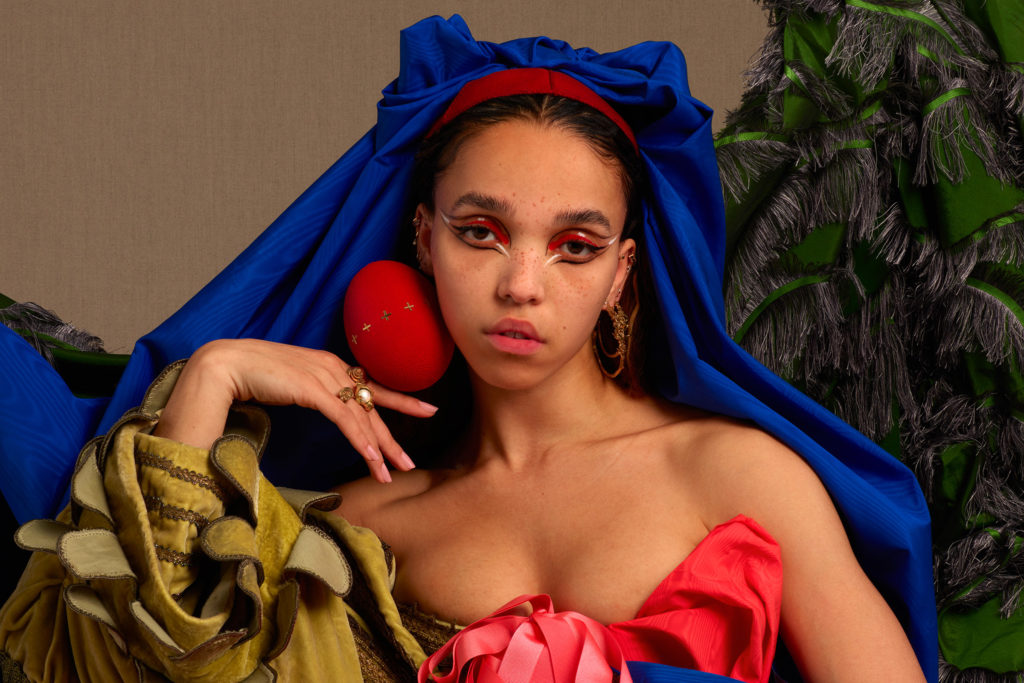 Tahliah Debrett Barnett cannot be boxed in. The singer, songwriter, dancer, and producer known professionally as FKA Twigs is inspired by sounds as diverse as choral church hymns, electronic music, and avant-garde pop. Rather than burdening her creative vision, these wide-ranging influences aid Twigs in crafting nuanced, original lyrics. For Twigs, breaking out of the confines of genre eliminates expectations and allows her to explore subjects on her own terms.

Her latest project and second full-length album, MAGDALENE, arrived Friday to the delight of fans anxiously awaiting the follow-up to her highly inventive first album, LP1. While LP1 had its fair share of heartbreak, her newest album is notably more subdued: the beats slower, the instrumentals sparser, the emotions rawer. If her last project was a fight with her lover, on this one, Twigs has had enough. On this one, she walks out the door.

Twigs does in fact walk out the door, both literally and figuratively, on the first track of the album, “thousand eyes.” She sings, “If I walk out the door / It starts our last goodbye / If you don’t pull me back / It wakes a thousand eyes.” Her unaccompanied vocal melody is beautiful yet haunting. Twigs struggles to support the relationship while confronting the uncertainty of the future. Her decision becomes more and more difficult with every new vocal layer and ambient sound, one telling her to stay and the next telling her to leave.

It’s impossible to avoid drawing parallels between this track and Mitski’s indie anthem “Nobody” off her beloved 2018 album Be the Cowboy. Beyond both having rich vocal harmonies, layered instrumentation, and vulnerable lyrics, these songs and their respective albums explore themes of loneliness and heartbreak. In these works, women assert their independence and identity despite the loss of a male lover.

This feminist ethos is encapsulated in “mary magdalene,” the centerpiece of Twigs’ album. The song begins with Twigs singing, “A woman’s work / A woman’s prerogative / A woman’s time to embrace / She must put herself first.” Twigs embraces her female identity and demands that her voice be heard. She goes on to deliver the empowering line, “I’m fever for the fire / True as Mary Magdalene.” Just as men in the Bible were envious of Mary Magdalene’s place in Jesus’s inner circle, men today are jealous of Twigs for her artistic success. In both romantic and professional relationships, Twigs declares that she will not be pushed around by the patriarchy.

Considering the project’s title, it would be remiss not to touch on the other religious influences on the album. Throughout, Twigs accompanies her beautiful vocal melodies with tender piano chords and ominous, choral chanting. Laced with her signature spacey, ethereal electronic production, these “hymns” become something otherworldly, yet still vulnerably human.

“holy terrain,” in particular, makes use of these religious images. The track depicts a tricky power imbalance within a relationship. Twigs asks her lover if he can stay with her and not feel intimidated by her success, independence, and power. Playing the role opposite Twigs is rapper Future, who adds character to the emotionally-charged dilemma.

Other songs see Twigs coping with heartbreak: on “mirrored heart” she longs for the perfect partner, on “daybed” she describes feeling powerless due to severe bouts of depression. Perhaps the bleakest moment is on “home with you,” where Twigs talks about a breakdown in communication and sings, “Didn’t know that you were lonely / If you’d have just told me I’d be home with you.” The ending is crushing as Twigs finally admits to her former lover, “I never told you I was lonely too.”

Twigs delves into the very human, very real world of contradictions on these songs, a world where few artists are willing or lyrically talented enough to go. Yes, she admits she is hurt by this heartbreak, but she will not let this define her, and she is determined to untether herself from her former partners and love herself for who she is. Some speculate that this album is about her breakup with actor Robert Pattinson in 2017.

Whether or not this is the case, it is Twigs’ willingness to write from a place of uncertainty and examine her self-doubt with vulnerability that makes her songwriting spectacular. Where today so many arguments insist on either black or white, Twigs is comfortable floating in the realm of gray.