Home » Why Boston Drivers (and Boston Roads) Are Terrible 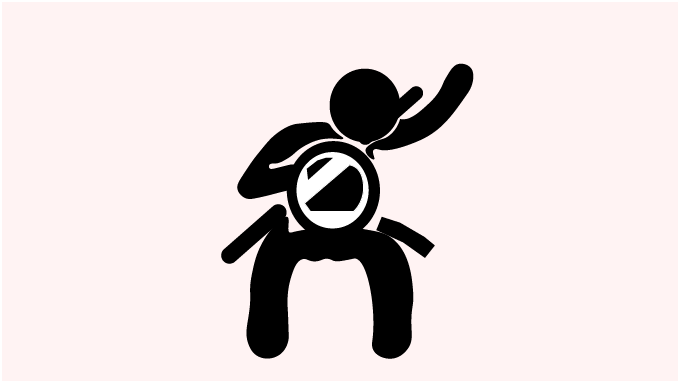 Why Boston Drivers (and Boston Roads) Are Terrible

It’s a regional (and perhaps national) axiom that Boston drivers (known endearingly as “Massholes”), are among the worst types of people you will encounter. AllState even agrees. It’s quite discouraging when you find that AllState—a vehicle insurance company—ranks Boston as the third-worst driving city in the United States, in front of only Washington D.C. and Baltimore.

It’s common for those who spend time in and around Boston to lambaste drivers for their lackluster abilities. But hear me out here—it’s not our fault. Rather, it’s actually a result of a number of cultural factors combined with regional history.

Boston is old. In fact, it’s practically ancient in the American sense of the word, and so are our roads. In fact, a common myth in Boston is that the roads were produced by paving over old, meandering cow paths. Now, this isn’t true, but it highlights that our roads are heirlooms of a time before the widespread access to automobiles that have managed to find their way into the modern era (which, let me be clear, none of us really asked for).

Most other major cities orient their roads along cardinal directions. That means most other cities’ roads typically run north-south or east-west with very little deviation, giving many urban areas a grid-like pattern for their roads. Boston’s patchwork transportation system, however, was created before much attention was paid to orienting streets along such a pattern. When these roads were being constructed, nobody considered that cars would one day become popular—nevermind reach the status of ubiquity they currently possess.

The roads were designed to get you from point A to point B. If they did that, then congratulations, you had yourself a road. Little attention was paid to the overall flow of traffic or the dynamic of the community. Quite frankly, using the word “plan” to describe the thought process that went into manufacturing this monstrosity is an insult to the haphazard disinterest most of these architects possessed.

Now, you may wonder why other old cities don’t have similarly terrible roads. Well, during the Civil War, the Confederacy was never able to weasel its way into Boston. Now, because of this, Boston’s roads were never destroyed like the ones in older, Southern cities, which means there was no reason to improve them. And, given that Boston is regularly ranked as a city with some of the worst traffic in the country, there is really no good time to renovate the roads. In fact, construction workers are probably more loathed than Yankees fans here.

Oh, and worry not, it all gets worse: Boston wasn’t built to be Boston, and Boston never means Boston. Confusing? Let me explain. The founders of Boston never carved out a piece of Massachusetts and designated it the City of Boston. Rather, a number of different neighborhoods were independently created and then sewn together.

Currently, 23 different neighborhoods comprise of the City of Boston. However, beyond that are Somerville, Medford, Cambridge, Milton, and many more towns that make up what most consider to be Boston—that is, the entity of Boston, not necessarily an urban area. As a result, towns developed their own roads. Some opted for sensical, logical grids (shoutout Dorchester Heights), while most chose a more common architectural nihilism. So, Boston was not designed to be Boston. To make Boston, these towns, all with contrasting roads, were all sewn together.

This could have been mended a little over a hundred years ago. In 1912, a legislator from Brookline proposed that every city within a 10 mile radius be incorporated into Boston. Doing this would grow not only the area of Boston, but also the number of Irish immigrants living within it. The mostly Anglo-Saxon residents living in the suburbs turned away from the idea of being incorporated into Boston. At least part of this reason was due to Boston’s large population of Irish immigrants.

Defining Boston would’ve made it easier to coordinate road construction in a way that made it easier to drive in the general Boston area. Yet, due to the decision to not incorporate surrounding towns into Boston, each town operated mostly independently (which they continue to do today), and there was no cohesive effort to have the roads become part of a larger, Boston-area-wide pattern to ease transportation.

What it all boils down to is a lack of discussion surrounding what the most important means of transportation is. This poor infrastructure is more than enough to set the stage for some questionable driving etiquette, but factor in the notably faster pace of life of the northeast, and the product is a “let me merge into this lane or so help me God I will end us both” attitude and a general disinterest in yield signs.

Now consider the rate at which these roads are used. Boston is currently experiencing substantial population growth, and given the cost of living, more people are moving to suburbs that are still technically in the ‘Boston area,’ so they can commute into the city. This matters because if you’re living in the city, you probably won’t need a car. If you’re in Medford, however, you probably don’t intend to trek into work on foot. Driving in Boston in incentivized by two things—A lackluster public transportation system and the low cost of driving. Boston has neglected to implement congestion pricing, which charges more money at tolls for greater traffic.

All of these contribute to the Masshole effect: poor driving etiquette, malignant impatience, and lack of regard for public safety, least of all their own. So, while their driving may be awful, it’s not their fault. Next time you’re nearly mowed down in the street for daring to cross at the appropriate time, think about the history that went into your “near-death collision.”