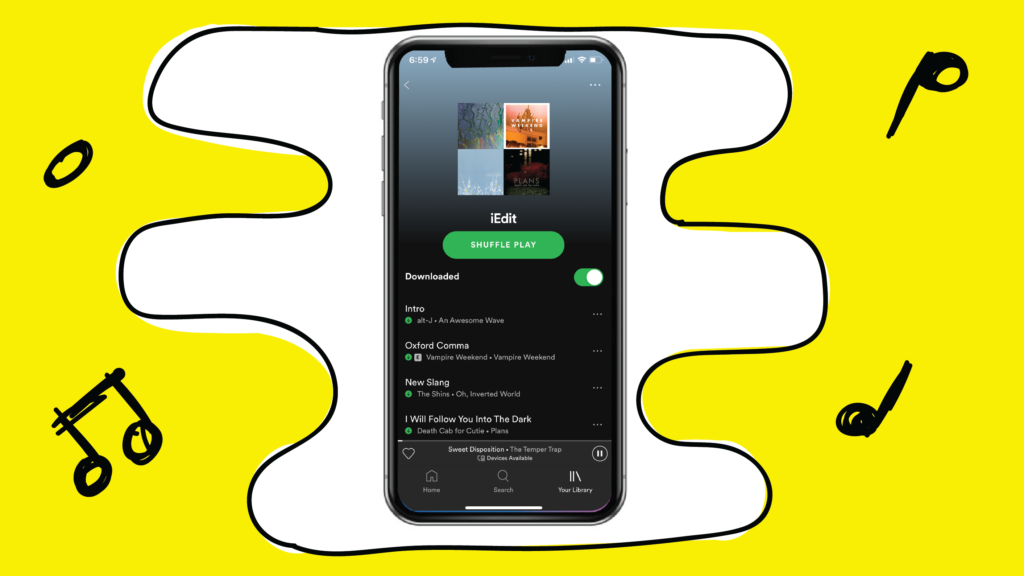 “Please, no Steely Dan,” I said to Steven Everett, President and Editor-in-Chief of The Heights and MCAS ’20, in line at the Newton Centre Starbucks on the morning of our unofficial last production on The Heights board. So naturally, Steely Dan’s “Do It Again” is the fifth song on Steven’s playlist. Thus is the relationship between me and Steven—I tell him not to do something, he does it, and I put up with it because he’s the only person who doesn’t complain when I blast Taking Back Sunday (see song eight, “Cute Without the ‘E’”) in the office.

Bespectacled and fervently devoted to his massive Bose headphones, Steven is exactly the type of person you would expect to listen to any alt-J song other than “Breezeblocks” and “Left Hand Free” in 2019. Steven has had his Spotify account since 2011 (“I had to get on a list for that,” he yells from his office.), and it shows. Eight of the 10 songs he selected for this playlist were released before 2010, and much of it is your standard middle school iPod fare. What’s up, “New Slang” and “I Will Follow You Into the Dark?” The playlist is uniquely Steven—few people would choose to follow an Electric Light Orchestra deep cut with an emo anthem while dead sober. But then there’s “Inside Your Mind” and “Sweet Disposition” scrawling nostalgia across the final lines of the playlist, both songs relics of our time in Mac 113. Steven may not readily admit it, but this playlist is just as much about The Heights as it is about him.

the 1975 alt-j death cab for cutie electric light orchestra Oxford comma the zombies vampire weekend taking back sunday intro new slang the shins I will follow you into the dark do it again steely dan time of the season rockaria! cute without the "e" inside your mind sweet disposition the temper trap
Faculty Consider Advisory Board for Koch Program
With Dazzling Animation, ‘Klaus’ Raises Bar for Netflix Holiday Films