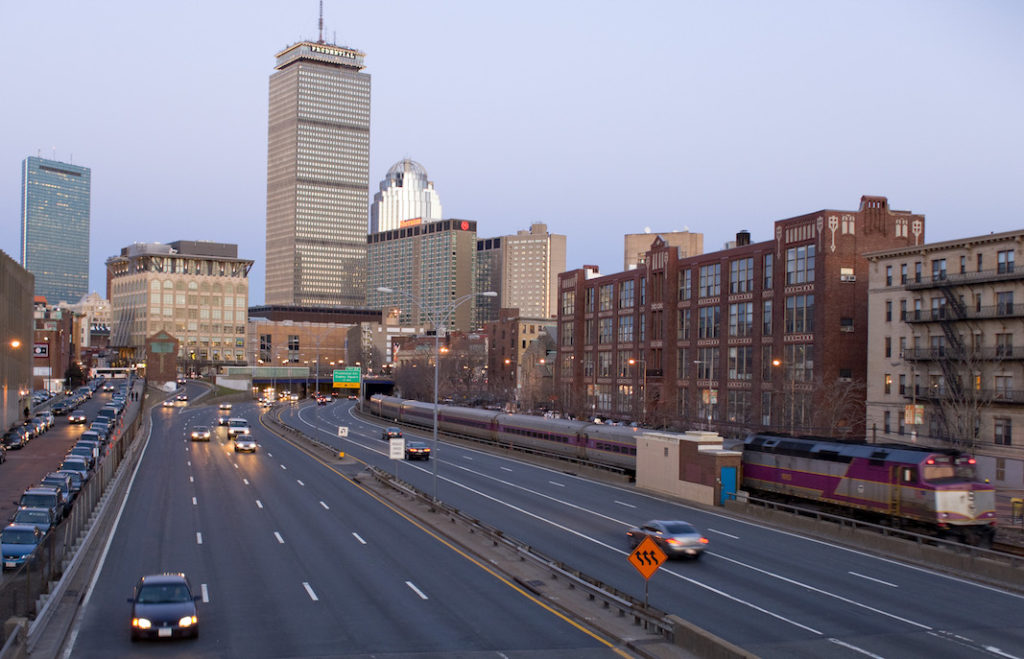 Governor Charlie Baker signed a bill on Monday that will make it illegal to hold a cell phone while driving in Massachusetts starting Feb. 23, 2020. Massachusetts is the final state in New England to pass this type of law.

The bill, titled “An Act Requiring the Hands-Free Use of Mobile Telephones While Driving,” aims to reduce the number of distracted drivers on Massachusetts roadways by requiring drivers to use their electronic devices in hands-free mode.

“Our Administration is committed to keeping the Commonwealth’s network of roads safe, and this legislation will substantially reduce distracted driving and hold operators accountable when they are looking at an electronic device instead of looking at the road ahead,” Baker said in a press release. “We are especially grateful for the many advocates and families that passionately fought to bring this bill to fruition, are thankful for the Legislature’s collaboration on this bill and look forward to continued efforts to improve road safety in Massachusetts.”

Previously, Massachusetts banned texting while driving and outlawed mobile electronic device usage for drivers under 18. With Baker signing this bill into law, the use of hand-held devices is prohibited for drivers of any age. Drivers will only be allowed to briefly touch their phones to initiate a “hands-free mode” of communication, such as Bluetooth.

Families of those killed by distracted drivers attended Monday’s signing, according to NBC Boston. Among them were Richard and Anna Levitan, who lost their 18-year-old daughter in 2013 to a crash with a distracted driver, and Jerry Cibley, whose son died at 17 years old in a 2017 crash. Those who break this law will receive a fine and have to complete an additional safety program depending on the number of offenses.

Activists and officials gathered on the Massachusetts State House steps in October to ask legislators to consider the potential for racial profiling that would accompany this bill, according to Boston.com. Activists said that this bill could give police an excuse to pull over drivers of color, and they requested that police record the perceived race and gender of the drivers they pull over.

The final bill “requires that law enforcement officers report data on violations so the information can be shared with the public,” according to a press release from Baker’s office. Officers will be required to record the age, race, and gender of the individual pulled over. This data will be turned over annually to a university or a nonprofit organization or institution to analyze whether or not officers have engaged in profiling.

The bill is part of a larger proposal to ensure safe driving in Massachusetts, titled “An Act Relative to Improving Safety on the Roads of the Commonwealth.” That proposal also includes measures to provide primary enforcement of the Massachusetts seat belt law, which would allow police officers to pull over and ticket a driver for not wearing a seatbelt. Currently police can only enforce the seat belt law on drivers that have committed another violation first.

“Another significant factor in automobile deaths is the failure to wear a seatbelt and Massachusetts ranks last in the nation in seatbelt use,” the proposal reads.

The proposal also addresses the growing trend of crashes in work zones. According to the proposal, 14 road workers have been killed since 2009. The proposal includes measures to prevent crashes in these zones, such as decreasing speed limits and increasing fines for speeding in them.

The proposal also aims to combat accidents related to drunk driving by requiring first-time offenders who apply for a hardship license—a license that allows drivers to drive to and from certain places while their license is suspended—to use ignition interlock devices. These devices make drivers pass a breathalyzer test before being able to turn on their vehicles.

The proposal also clarifies the Registry of Motor Vehicles’ ability to penalize those who attempt to drive drunk, even when using an ignition interlock device.