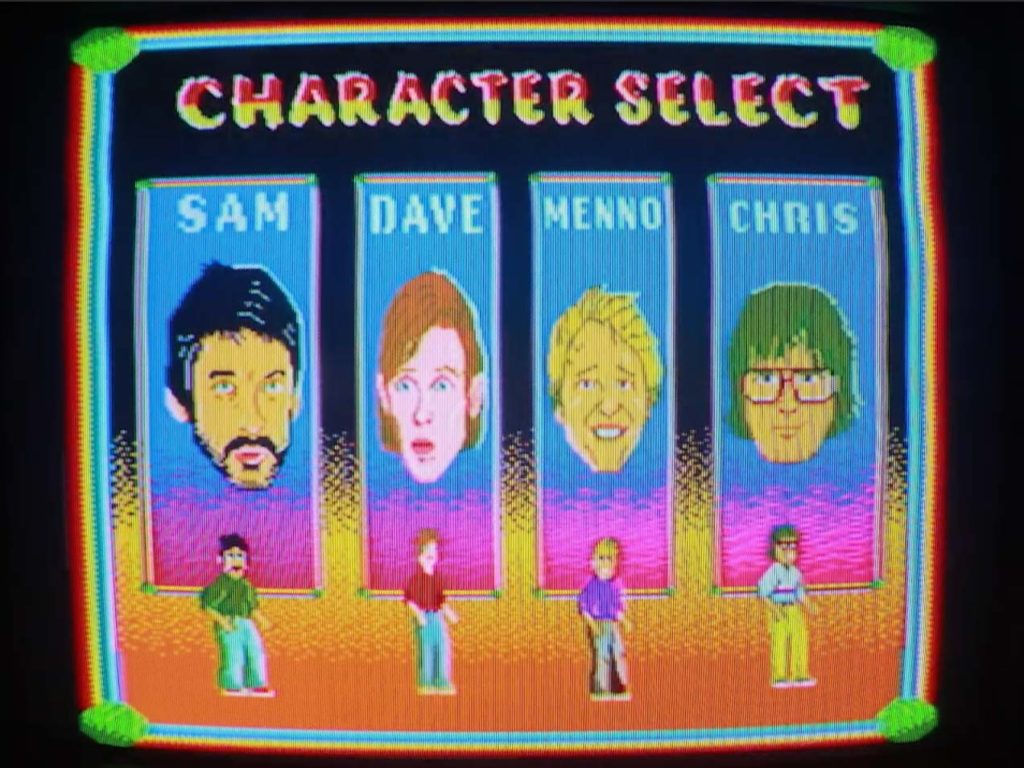 As we look back on the alternative and indie music scene of the past decade, it’s clear that the best albums were also the most forward-thinking, original, and experimental. Jack White’s Boarding House Reach interwove different sounds and genres into a cohesive whole that still rocked and rolled. Lorde’s Melodrama zeroed in on the growing pains of adolescence with painful, incisive detail. Unfortunately, on Anyway Gang’s eponymous debut, the band does little to close out the decade with a respectable performance. Failing to explore different sounds or pen interesting lyrics, the band falls short of any meaningful impact.

Anyway Gang is a recently formed Canadian supergroup consisting of Sam Roberts, Menno Versteeg of Hollerado, Dave Monks of Tokyo Police Club, and Chris Murphy of Sloan. They are signed to the label Royal Mountain Records, along with other notable Canadian acts in the indie scene such as Mac Demarco and Alvvays. Anyway Gang struggles to live up to their labelmates’ reputations and don’t even manage to live up to the standards set by its previous solo works.

The lyrics on the album are painfully unoriginal and made worse by the whining, yelping vocals. Songs such as “Everybody Cries” and “Square One” feature choruses as boring as “Everybody cries / Everybody cries sometimes” and verses as uninspired as “Just put one foot in front of the other / We’ve all been there one time or another.” The songs all have the same jangly guitar-strumming, skipping rhythms, and dull cliches, as if the band used a formula devised for crafting forgettable indie rock.

Believe it or not, the lowest point on the project is actually not these two songs but the “Interlude” nestled between them in the tracklist. The vocal straining and overly serious tone of the 43-second snippet bodes poorly for listeners determined to make it through the rest of the album.

The four lines of the “Interlude” are enough to make any English teacher cringe, with no identifiable theme holding the lyrics together. “Cause without rain, there’s no shine / Without a stone, there’s no stream / And on the way, down the line / This’ll all just be a dream,” they sing. Common platitudes put to rhythm and melody, these lines do little to illuminate the purpose of the track or to function as a true interlude and connect elements of the album.

The one bright spot on the album comes on the sixth track, “Eyes of Green.” It features a catchy acoustic melody; confident, passionate vocals; and swirling choral echoes in the background. For the first time on the album, it seems that Anyway Gang is clicking and successfully recreating the sound of other indie acts known for producing energetic anthems: Blossoms, Sundara Karma, and Circa Waves. Unlike other songs on the album, the different members’ vocals meld together perfectly, and the song sounds like a true group effort.

Within this track, the tension builds with driving percussion and heartfelt choruses until one of the members starts howling, “It’s too late to turn back now.” It is a defining moment that shifts into an electric guitar solo that would have made the song better if extended. Unlike other tracks such as “Fly Francisco” and “Only One,” which are more sentimental and subdued, this song is fast and powerful and clearly suits the band’s sound better.

It’s perhaps harsh to characterize this album as a complete failure, as the song “Eyes of Green” shows promise, and the artists in the supergroup are all accomplished musicians in their own right. The project would have been improved if some of the weaker tracks were either revised or even cut entirely so the band could put its best foot forward on its debut.

It’s unfortunate that Anyway Gang didn’t take more risks on its debut, something it could have easily gotten away with since it’s understandable that as a new band, the members are still refining their sound. The group’s self-proclaimed motto is “three-chord maximum.” While this style has worked for bands as iconic as the Ramones and the Strokes, these past rock legends used these chords to greater effect, providing a bigger punch in their songs than the ones on Anyway Gang’s album. Three chords work sometimes, but Anyway Gang should realize that simplicity leaves no margin for error.