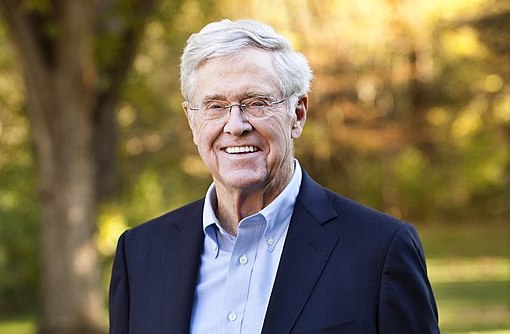 The international studies (IS) academic advisory board has decided that the IS program will refrain from participating in the proposed security studies program that would be funded by the Charles Koch Foundation.

The program, titled “New Perspectives on U.S. Grand Strategy and Great Power Politics,” would be housed within the political science department, but the proposal includes a five-year joint hire between the department and the international studies program.

The international studies program’s academic advisory board met on Dec. 2. to discuss the proposal after receiving it from the political science department.

“After a robust and open discussion, it was clear that there was not enough support among the board as a whole for the IS Program to be involved in this grant proposal,” Erik Owens, director of the IS program, said in an email to The Heights. “The chief concern among opponents was the funding source, not the content of the proposal; there was strong support for the proposed program in security studies, and in particular for our colleagues who work in this area.”

“We’re sympathetic with some of the concerns people have—no one would say that the concerns with Koch are illegitimate,” said Ross.

The IS program’s decision to not partake in the program will not affect the status of the proposal within the University, Owens said.

“We have therefore respectfully requested that the IS Program be removed from the vision statement and any proposal that goes to the Koch Foundation,” said Owens. “The proposal as amended will continue to move through the review process with senior administrators in the coming weeks.”

Ross said he respects the IS program’s decision but differs in his own view.

“We do regret the loss of opportunity because it would have contributed to the curriculum for IS—more courses, more access to the facility, and so forth,” said Ross. “So we saw this hopefully as a win-win, and ultimately [international studies] decided that the costs are too high for their values, and that is their decision.”

The program itself would consist of a public speaker program, undergraduate workshops, a post-doc program, a Ph.D. program, and training programs. These initiatives are all designed to foster “new perspectives” on U.S. security and restraining American force—a principle that the Koch Foundation supports, Ross said.

Charles Koch is the billionaire owner, chairman, and CEO of Koch Industries, the second-largest privately held company in the United States. Among other things, Koch Industries manufactures, refines, and distributes petroleum.

At BC, some students and faculty have been worried that accepting the grant from the Koch Foundation would unduly influence the curriculum, and they view the proposal as supporting an organization with values that are not in line with BC’s Jesuit identity. Students gathered to protest the proposal outside of O’Neill Library last month.

The proposal has been voted on and approved twice within the political science department, and it will now continue through the review process with senior administrators, Ross said. The political science department will convene to vote on the final proposal afterward. The final budget for the proposal has not been approved because it still must go through the University Office of Advancement.

Political science faculty are considering the creation of an advisory board that would monitor the Koch-funded program to ensure that it does not jeopardize the department’s academic freedom.

The board would also play a role in deciding whether the agreement would be renewed past its current five-year lifespan, said Gerald Easter, chair of the political science department, in a previous interview with The Heights.

“The Koch Foundation has a bad reputation, that frankly, it has earned, with past experiences at other universities,” Easter said in the interview. “The one that everyone always makes note of is George Mason, so there were issues of academic integrity.”

At George Mason University, Charles and his late brother David were revealed to have influence over which candidates were hired in the professorships they funded. Similar cases also unfolded at Florida State University and Arizona State University.

Ross said that after communicating with other institutions that have received Koch funding, the political science department sees it as unlikely that the Koch Foundation will interfere with climate change-related curriculum or the hiring process.

“The Catholic University has taken their money, Notre Dame has taken their money, MIT, Brown, Harvard,” said Ross. “We called them as part of our due diligence this year. We called colleagues at Dartmouth, colleagues at MIT about their experience, and they said there seemed to be fewer strings attached with Koch than with others they cooperated with.”

Correction (12/13/19, 5:50 p.m.): This article has been updated to reflect that the political science department has not yet voted on the proposal in its final form. 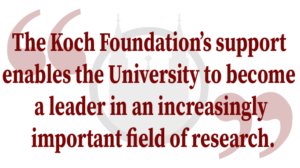