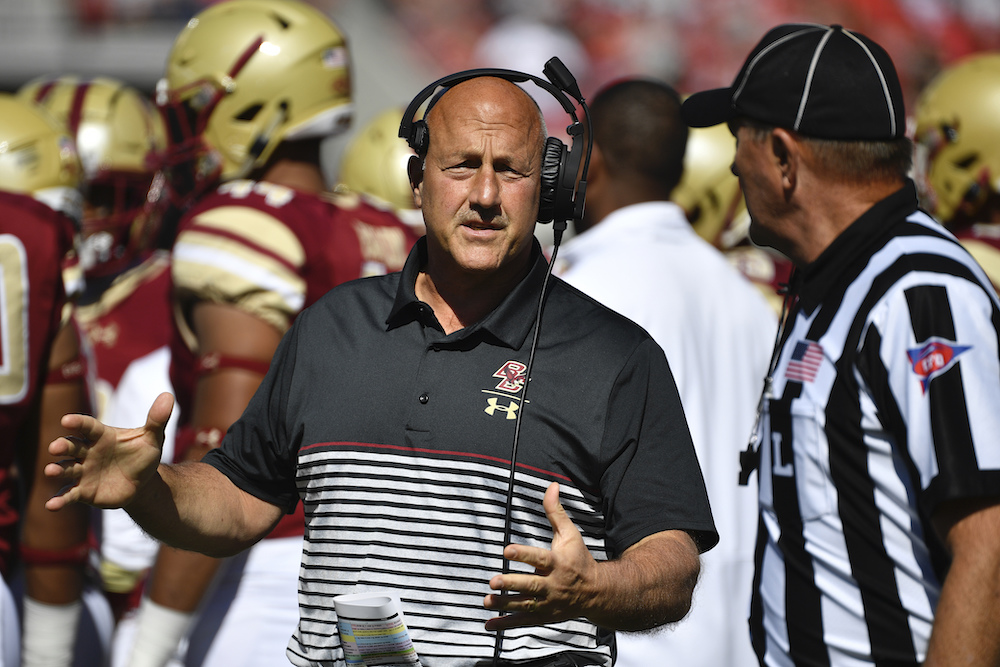 Just 10 days after being fired by Boston College, Steve Addazio has landed on his feet. The former Eagles head coach will take over as the head coach for Colorado State, the university announced Wednesday.

“Colorado State University is a world-class institution, and Fort Collins is an incredible city to live in and to be able to recruit to,” Addazio said in the CSU release. “Our program will be one built on toughness and passion, and we will work tirelessly to develop men of character to return championship-level football back to Colorado State.”

CSU, part of the Mountain West Conference, entered the search for a head coach after mutually parting ways with Mike Bobo. After spending five years with the program, the former Rams coach is set to be South Carolina’s new offensive coordinator. Bobo’s tenure with CSU started with a trio of seven-win seasons and bowl appearances, but he went just 7-17 over the last two years.

Well-known former Ohio State head coach Urban Meyer assisted with Colorado State’s search for a new head coach, according to ESPN. Meyer was the wide receivers coach at Colorado State from 1990 to 1995, and Addazio coached on Meyer’s staff at Florida from 2005 to 2010.

While Addazio was fired after seven seasons with the Eagles because of his inability to clear the seven-win mark and his struggles against ranked opponents, he mustered an overall record at an even .500 and brought BC to six bowl games.

CSU needs that kind of consistency in its program, as the Rams have gone to six total bowl games in the last 12 years. One problem that CSU fans had with Bobo was his inability to perform in big games. The Rams have lost the last eight combined matchups with rivals Air Force and Wyoming, while also dropping their last three bowl games and failing to find wins against rivals Boise State and Colorado. There’s a chance that Addazio, despite struggles in critical games while at BC, can find a way to generate results.

“Throughout his career, Coach Addazio has been committed to the holistic development of student-athletes and of the programs he has led,” CSU Director of Athletics Joe Parker said in the release. “He has focused on crafting cultures where his students thrive on the field and in the classroom. We look forward to Coach Addazio leading our football team as we strive to be the preeminent program in the Mountain West.”

CSU will be holding introductory press conference for Addazio on Thursday afternoon at 5 p.m.