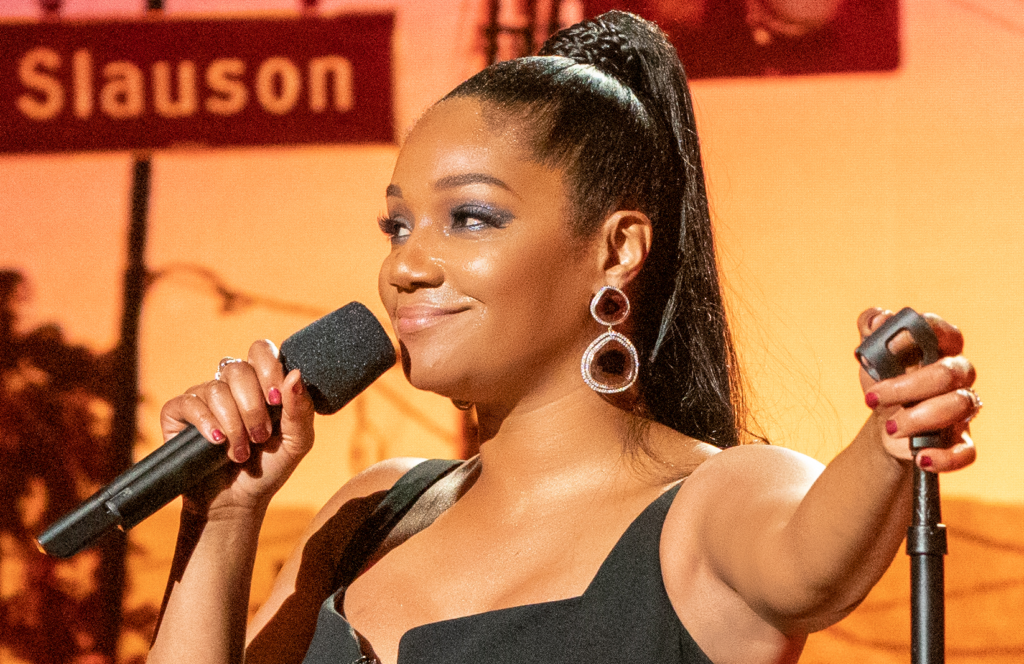 In just two years, Tiffany Haddish’s prestige as an actress and comedian has skyrocketed. From a lead role in Girls Trip to an Emmy for her hosting stint on Saturday Night Live to a Grammy nomination for the audiobook version of her memoir The Last Black Unicorn, Haddish’s projects have a common denominator: her vivacious, unapologetic personality. It emanates throughout every project that Haddish is involved in and ensures that she’s always got her finger on the pulse of pop culture.

Black Mitzvah is Haddish’s second time being featured in a Netflix original special. In They Ready, released in August, Haddish assembled six comedian friends to perform short stand-up routines. With Black Mitzvah, the spotlight is on Haddish alone. In the 55-minute special, Haddish expands on people’s perceptions of the bat mitzvah tradition by sharing her growth into black womanhood.

“Do you know how difficult it is to be black and Jewish and hood?” Haddish asks. Black Mitzvah subtly reminds the audience that the extent of intersectional identities is ever expansive and complex.

Haddish’s father was an Eritrean Jew who immigrated to California. Haddish adopted her father’s faith in her adulthood, which was an eye-opening journey. Although the theme of the special has religious undertones, Haddish does not discuss her faith in as much depth as she discusses growing into her womanhood in general. Maybe some audience members would have liked to see the spiritual side of Haddish’s experience, but there probably would not have been as much comedic content, especially considering religious practices are sacred and personal. With that in mind, Haddish’s spin on the traditional coming-of-age ceremony does not come off as disrespectful. The bat mitzvah approach is a clever way of tying her crazy stories together.

Black Mitzvah features both personal and questionably fictitious jokes and stories. While many comedians opt for self-deprecation in their stand-up comedy, Haddish’s special masters the balance between lighthearted and raunchy humor. However relatable—or not—Haddish’s stories are, there’s no doubt that she lives up to her reputation as a comedy powerhouse.

In addition to interacting with the audience, Haddish utilizes the screen behind her on the stage to display backdrops related to each story. Since the core of the special highlights Haddish’s obstacles throughout life, the backgrounds complement the content well—no matter how ridiculous they are. Haddish maintains her style of clever, random punchlines during the set while rarely acknowledging the photos behind her.

Haddish sticks to the coming-of-age theme throughout the special. Although Black Mitzvah begins with stories of Haddish’s reckless youth, the latter part of the special has a more serious tone, as if the audience is witnessing her mature while still staying true to her core upbringing. Considering that Haddish ultimately has grown since she first began gaining traction in her career, it would have been nice to see this progression reflected in the sunset projected behind her. In other words, the production values lacked depth. But even when she had to pause her set due to technical difficulties, Haddish proved her chops under pressure by keeping the audience engaged and laughing.

Haddish’s relationships with other celebrities contribute to her set. Early in the special, she alludes to encounters with Tina Knowles and Beyoncé. She later delivers a pretty spot-on impersonation of Kevin Hart. If fans of Haddish are familiar with the pair’s on-screen relationship in their comedy Night School, or are even just familiar with Hart’s personality, the impression feels nostalgic and makes for classic comedic content.

In Black Mitzvah, it feels like Haddish is the girl next door who made it big. A few photographs on the screen behind Haddish depict her in her everyday, casual state—bonnet on, make-up off.  No matter how ridiculous her punchlines, Haddish always stays grounded and humble. She relays the stories from her life like she’s your cool teacher from high school. While Black Mitzvah might not be the traditional holiday movie, it is still a special young adults or families can enjoy together during the holiday season. The dysfunction in Haddish’s life is hilarious, yet she avoids darker styles of humor when she recounts her missteps. Haddish cleverly balances relatability and spontaneity in Black Mitzvah, a must-watch for the next snow day.