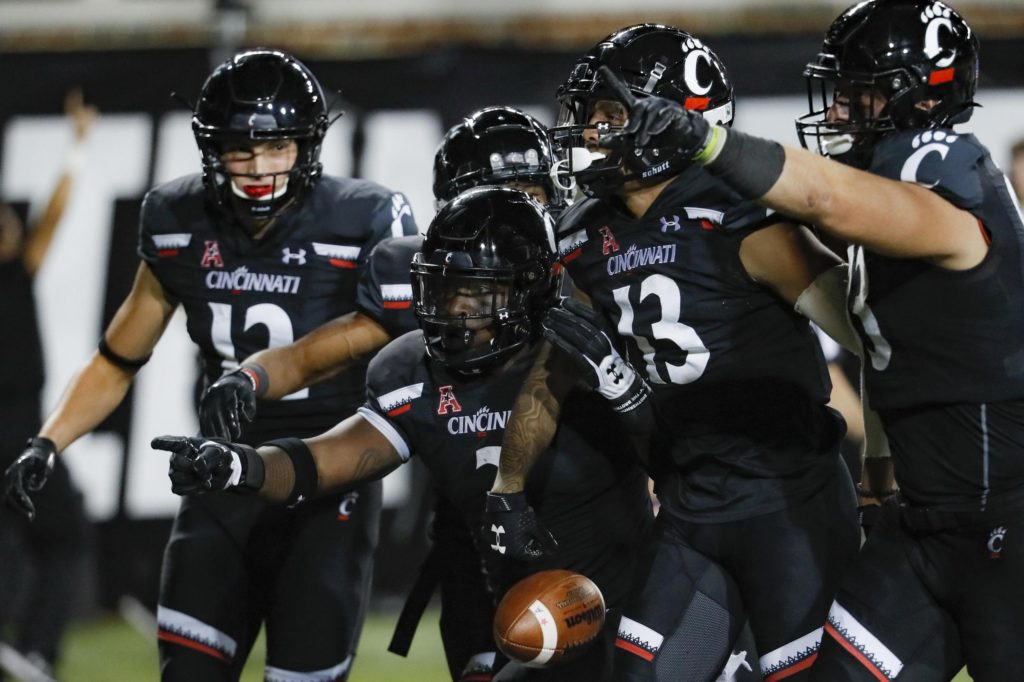 Boston College football’s win over then-No. 9 Southern California in the first Welles Crowther Red Bandana Game on Sept. 13, 2014 turned out to be a blip on the radar, not just for the Steve Addazio era, but really the entire decade. The Eagles finished the 2010s 1-25 against ranked teams—a far cry from BC’s 13-15 mark versus AP Top 25 foes in the 2000s—losing their final 10 games to top opponents by an average of 30 points.

The Eagles will have a clean slate on Thursday when they face off against No. 21 Cincinnati in the TicketSmarter Birmingham Bowl. With a new head coach and a new decade, BC (6-6, 4-4 Atlantic Coast) can start the 2020s with a win against a ranked opponent. That is, if the Eagles can get past the 10-win Bearcats, who have only lost to No. 2 Ohio State and No. 17 Memphis this season. In large part thanks to head coach Luke Fickell, Cincinnati (10-3, 7-1 American Athletic) has restored its status as one of the top programs in both the AAC and the Group of Five.

Here’s a breakdown of what BC should expect from the Bearcats when the teams butt heads at Legion Field on Thursday:

Cincinnati turned in another double-digit win regular season this year, despite somewhat of a regression on the offensive side of the ball. Although the Bearcats jumped 10 spots in Bill Connelly’s offensive S&P+ rankings—from 74th to 64th—they’ve averaged 5.9 points and 100.5 total yards less per game than they did in 2018. And that’s after they returned their starting quarterback, running back, and all but one wide receiver.

Following an impressive freshman campaign where he posted a 20:5 touchdown-to-interception ratio, Desmond Ridder took a step back this fall. The dual-threat quarterback has tossed 17 scores and thrown nine picks, completing 54.8 percent of his attempts for 2,069 yards. He’s tallied at least one interception in eight of the 12 games he’s played this season—he missed the regular season finale against Memphis with a shoulder injury. In addition to his completion percentage dropping 7.6 points, Ridder is averaging just 6.7 yards per pass attempt this year. Regardless of his “sophomore slump,” the 6-foot-4, 215-pound signal caller still has the talent to slice up any defense, especially with a month of rest and preparation.

Ridder rushed for 500-plus yards for the second consecutive year, eclipsing the 100-yard mark on two separate occasions this season. The past few years, BC has had a difficult time containing mobile quarterbacks, as evidenced by the success of Richmond’s Joe Mancuso, Louisville’s Micale Cunningham, Clemson’s Trevor Lawrence, and Notre Dame’s Ian Book—all of whom logged 40 or more yards on the ground against the Eagles in 2019.

BC will have its hands full with Ridder, along with the rest of the Bearcats’ rushing attack. While Cincinnati ranks just 85th in total offense (385 yards per game), it’s averaging 197.6 rushing yards per game, good for 33rd in the country. It will be a head-to-head matchup between BC’s David Bailey and the Bearcats’ Michael Warren II, who’s racked up 1,317 yards from scrimmage this year—including 1,160 on the ground—and 16 total touchdowns (14 rushing, two receiving).

Cincinnati’s offensive line, headlined by All-AAC First Team right guard Morgan James, hasn’t done nearly as good of a job protecting the quarterback as it has paving the way for running backs. In fact, the Bearcats’ O-Line has allowed 32 sacks this year, the fifth most in the conference and tied for the 26th most in the nation. Factor in an assortment of false start and holding infractions—Cincinnati is the most penalized team in the FBS—and you have a mixed bag up front. But when Ridder has time to throw, or the chance to extend plays outside the pocket, he has some weapons. Wide receiver Alec Pierce is averaging 18.3 yards per reception (34 catches, 621 yards) and poses matchup problems at 6-foot-3. And tight end Josiah Deguara is an NFL prospect who leads the team with 36 receptions and seven touchdown catches.

Cincinnati lost its top-three defensive linemen this offseason: defensive end Kimoni Fitz and tackles Marquise Copeland and Corteze Broughton, who was selected by the Los Angeles Chargers in the seventh round of the 2019 NFL Draft. Even so, Fickell’s team has restocked its defensive front, once again showcasing the ability to stop the run at will. The Bearcats rank second in the AAC and 48th nationally in rush defense, conceding just 143.4 rushing yards per game and 3.68 yards per carry.

The Bearcats have only allowed one team—Ohio State in Week 2—to record 200 or more rushing yards all year. Cincinnati will be up against a similarly stiff test on Thursday, considering that BC is fifth in the country in rushing, one spot above the Buckeyes, averaging 267.8 yards on the ground per contest. Even without star running back AJ Dillon, who is skipping the bowl game to prepare for the 2020 NFL Draft, a Bailey-led Eagles rushing attack remains daunting. But the Bearcats have the pieces to stunt a dominating ground performance.

Defensive tackle Curtis Brooks and defensive end Myjai Sanders lead the D-Line with 39 tackles apiece, as well as 7.5 and 6.5 tackles for loss, respectively. Defensive coordinator Marcus Freeman rotates his guys in and out of the trenches, relying on a number of linemen to contribute. Tackles Marcus Brown and Elijah Ponder are key inside, and Malik Vann and Michael Pitts—the latter of whom has 4.0 sacks on the year—are pivotal on the edge.

A lot of the pressure that Cincinnati generates comes from the linebacking corps. Bryan Wright, who made the switch from defensive end to middle linebacker in 2018, has a knack for getting into the backfield. The graduate student leads the Bearcats with 4.5 sacks and 11.5 tackles for loss. Additionally, linebackers Ethan Tucky and Taj Ward have a pair of sacks, but the position group is really bolstered by the play of Perry Young (77 tackles) and Jarrell White (64 tackles), two upperclassmen who rank third and fourth on the team in tackles this season.

Atop the tackling chart lies safety Darrick Forrest. The Columbus, Ohio native averaged 8.0 tackles per game, the fifth-most of any AAC player, and has totaled 104 tackles this season. A member of the All-AAC First Team, Forrest also has three interceptions to his name, as does cornerback Ahmad Gardner. When Gardner has the ball in his hands, there’s no telling when he’ll be tackled—of his three picks, two were returned to the house. Gardner was also a All-AAC First Team honoree and played a big role in the Bearcats ranking third in pass defense efficiency among all AAC teams. Granted, Cincinnati has given up 233.2 passing yards per game, but that’s all without talented safety James Wiggins, who suffered a season-ending knee injury before the opener.

Cincinnati has shown more improvement on special teams than in any other phase of the game. The Bearcats were coming off a year in which they clocked out at 82nd in special teams S&P+. Fast forward to 2019, and they’ve leapfrogged all the way up to 25th in that department, largely due to the performance of place kicker Sam Crosa.

Last season, Cole Smith held Cincinnati back by converting on just three of his seven field goal attempts under 40 yards. Crosa, on the other hand, drilled 11-of-15 such kicks and was 2-of-3 from beyond 40, even sinking a 44-yarder in the season opener against UCLA. The senior knocked in a pair of game-winning field goals as time expired in the span of three weeks—first at East Carolina, then at South Florida. He’s also been reliable on point-after attempts, making all 46 of his extra points this year.

James Smith, who ranked first in punt efficiency in 2018, didn’t get quite as much distance on his punts this season, but he still averaged 42.7 yards per boot. More importantly, though, he’s third in net yards per punt (41.1) in the conference.

Perhaps most impressive has been Cincinnati’s five blocked kicks. The only team in the FBS with more this season is Houston. Cornerback Coby Bryant secured the Bearcats’ 10-win season against Temple by returning a blocked PAT 98 yards in the fourth quarter for a two-point conversion—what ultimately proved to be the difference in a 15-13 win.

The Heights: 100 Years in Review
Dominant First Period for Crimson Drowns Out BC