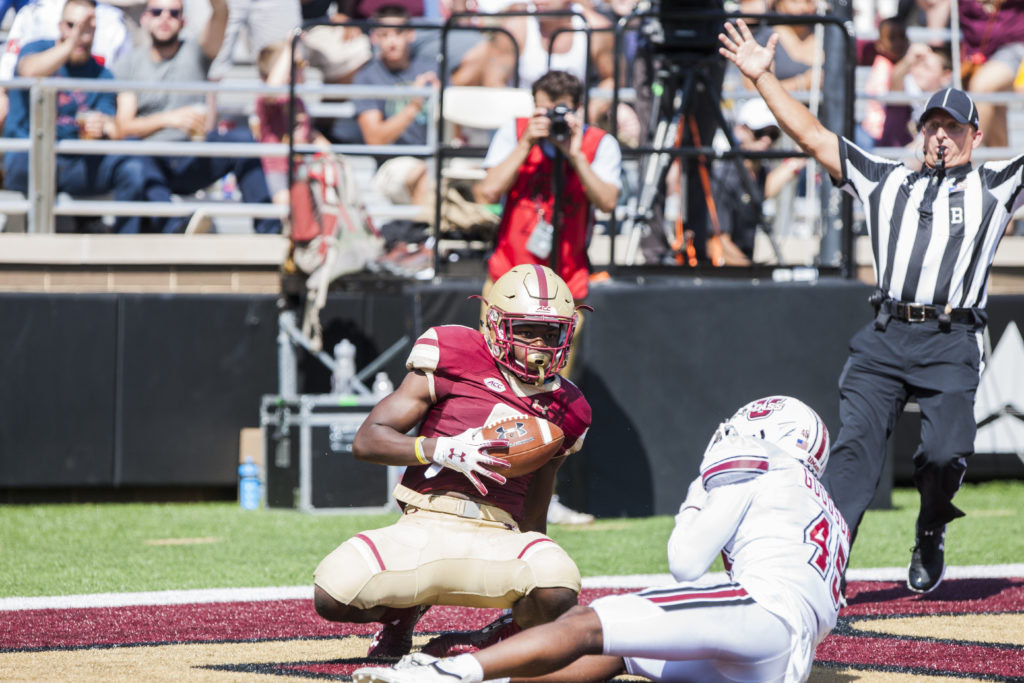 In 2017, Boston College football’s starting quarterback, star running back, and top wide receiver were all freshmen. But there’s a chance that all three of them will be playing elsewhere in 2020—what would have been their senior seasons.

Running back AJ Dillon declared for the NFL Draft on Dec. 10, quarterback Anthony Brown entered the transfer portal the day before that, and on Saturday afternoon wide receiver Kobay White followed in his signal caller’s footsteps, entering the transfer portal, according to 247Sports.

The portal allows players to publicly display their desire to scope out other programs, making the transfer process more transparent, but it does not bind them to departure.

White recorded a team-high 29 receptions and five receiving touchdowns to go along with 460 yards this season. He also carried the ball four times for 19 yards.

His best game of the year was also his first. In Week 1 against Virginia Tech, the Harrisburg, Pa. native hauled in three catches for 73 yards and a score. Of those three receptions, one resulted in a 56-yard gain, and another stemmed from a 17-yard back shoulder fade toward the bottom corner of the end zone. White also logged five catches for 65 yards and a pair of scores against Florida State, reeled in a 64-yard touchdown reception at Syracuse, and brought down a 39-yard deep shot in South Bend that set the stage for BC’s lone score versus Notre Dame.

White has proved to be Brown’s favorite downfield target during their Eagles careers. During the 2018 campaign, he tallied a team-leading 33 receptions for three touchdowns and 526 yards, becoming the first BC wide receiver to eclipse the 500-yard mark since 2013. Brown notched four or more catches on four separate occasions. Perhaps his most impressive performance came in Tallahassee, where he caught seven balls for 121 yards, both of which are still career highs. White had a pair of 100-yard games in 2018, the other being the Eagles’ Week 1 blowout of Massachusetts.

The 6-foot-1 wide receiver made his mark as a redshirt freshman in 2017, recording a career-best 34 passes for 423 yards and two touchdowns. He was two receptions shy of Tommy Sweeney for the team lead in catches, and he established a rapport with Brown right off the bat. In fact, 28 of his 34 receptions came in Brown’s 10 starts, prior to the quarterback’s first ACL tear. White’s first career touchdowns were scored in back-to-back weeks amid the Eagles’ momentous three-game ACC win streak. First, he took a screen pass at Virginia 76 yards to the house. Then, the next week, he snatched the first touchdown of the fourth annual Red Bandana Game off a trick play pass from Jeff Smith.

White currently ranks 19th in program history in career receiving yards with 1,409 and is four receptions shy of the century mark.

Both he and Brown came to Chestnut Hill in the same 2016 recruiting class. They might be leaving together, too. 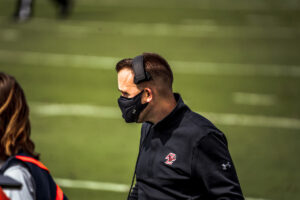