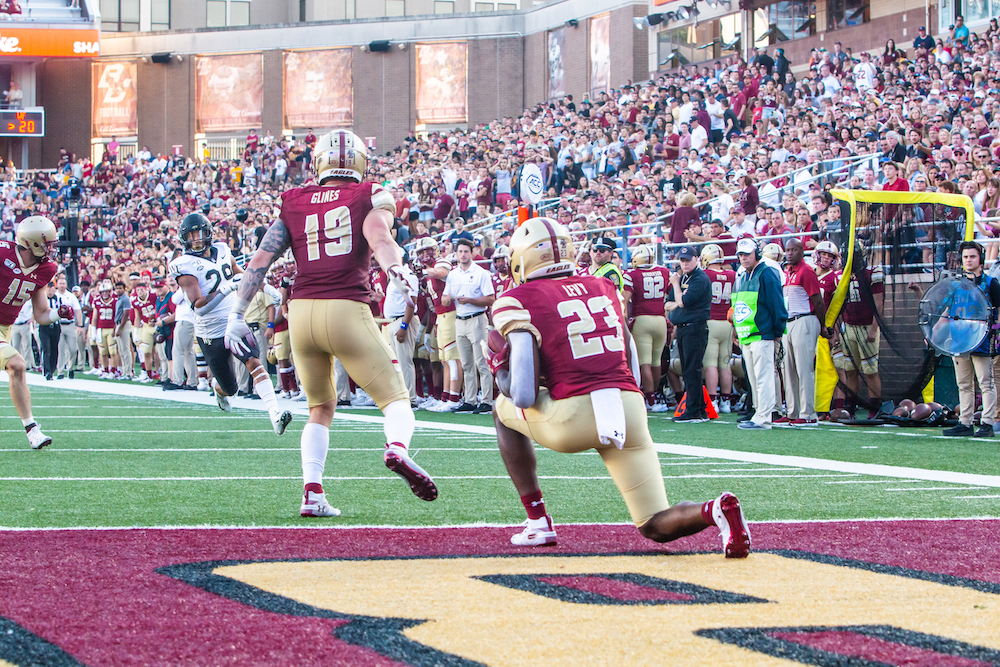 Since Director of Athletics Martin Jarmond hired Jeff Hafley on Dec. 14, it has been a bit of a whirlwind month for the Boston College football coaching staff. In just over a month, BC brought in nine new coaches—Frank Cignetti, Jr., Tem Lukabu, Sean Duggan, Joe Dailey, Aazar Abdul-Rahim, Vince Oghobaase, Matt Applebaum, Steve Shimko, and now Matt Thurin—and re-signed Rich Gunnell. The dust has finally settled though, as Thurin will round out the new-look coaching staff as special teams coordinator, according to BCEagles.com.

Thurin spent the last five years serving various roles for Ohio State, including working with safeties, special teams, and defensive quality control. He and Hafley overlapped last season as the two led the team to the College Football Playoff and an undefeated regular season.

BC special teams suffered last year and ended ranked No. 101 nationally in terms of efficiency, per ESPN. Ohio State, in contrast, ranked No. 43 in that same category.

Thurin—a native of Louisville, Ohio—has spent most of his life in the Buckeye State. He played football and baseball at Baldwin Wallace University before getting a master’s degree at Akron and later moving to Columbus to coach Ohio State.

Thurin has worked with all sides of the game—offense, defense, and special teams. He coached at Columbia University from 2012 to 2014 as a secondary coach and special teams coordinator. Before that, he spent a year at the Colorado as an offensive graduate assistant. He has also spent time coaching at Akron and Walsh University.

“Matt’s knowledge of the game is as good as any coach I have been around at any level,” said Hafley, per BCEagles.com. “He is an outstanding teacher and the student-athletes truly loved and respected him. He has a bright future and will be a great fit to our staff and to Boston College. We are excited to have Matt, his wife Elizabeth and their daughter Adaline to our Boston College football family.”