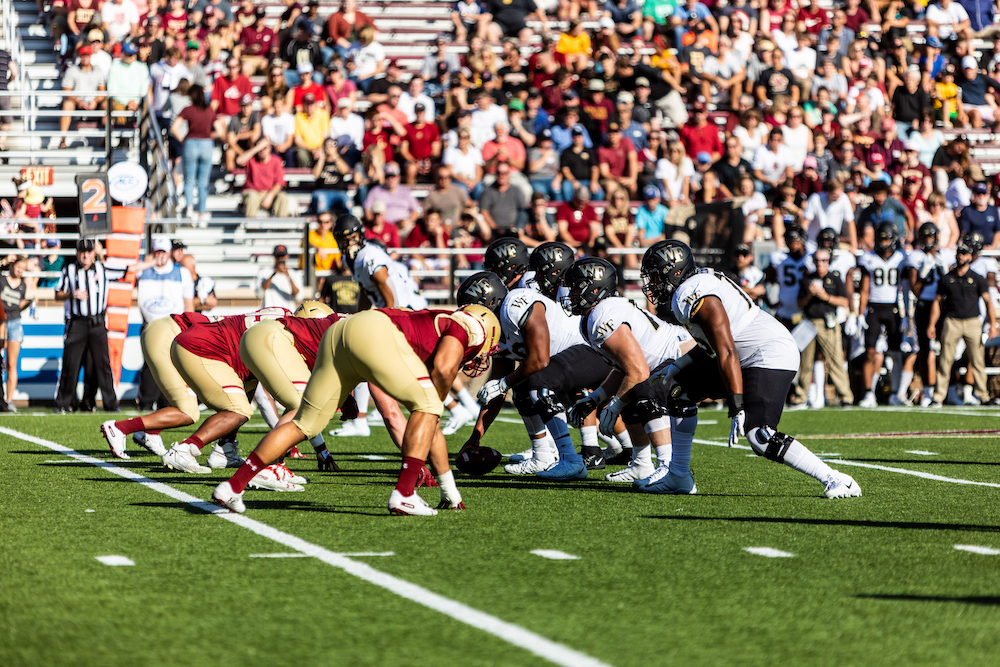 With last week’s addition of defensive backs coach Aazaar Abdul-Rahim, head football coach Jeff Hafley had nearly completed compiling his staff of defensive coaches. He put yet another piece of the puzzle into place on Thursday afternoon, hiring Vince Oghobaase to be the Eagles’ new defensive line coach, according to BCEagles.com.

Hafley, who coached San Francisco’s secondary from 2016 to 2018, cited his time working with Oghobaase as a reason for his hire.

“I had the opportunity to work with Vince in San Francisco and his knowledge of the game, energy, and commitment to the players jumped out to me,” Hafley said, per BCEagles.com.

BC’s defense was a key point of the team in 2018, but the strong performances all but vanished during last year’s campaign. The Eagles allowed a hefty 6.3 yards per play, a rate that ranked 107th among FBS teams and marked a sharp decline from the team’s 37th place finish the season prior.

The defensive line was a particular point of weakness. Nobody stepped up to fill the voids left by linemen Zach Allen and Wyatt Ray, and the defense ranked 110th in sacks per game and 100th in opponent yards per rush.

While UCLA’s defense was one of the few worse than BC’s last season, it was the most effective part of the Bruins’ defensive side. UCLA finished 61st and 62nd in the FBS in tackles for loss and sacks, respectively.

The addition of Oghobaase also potentially gives Hafley another effective recruiter. UCLA’s 2019 recruiting class ranked 40th in the country. While not all players have signed for the 2020 cycle, the Bruins current class is currently on track to finish 29th and contains five recruits on the defensive line.

Oghobaase’s time at UCLA also gives him recruiting ties to California, a potentially critical skill for the Eagles given BC’s historic lack of success recruiting players from the Golden State.

Oghobaase was a defensive line assistant for Ohio State from 2013-2015 and worked as a graduate assistant at Duke before that. He played on the defensive line for Duke from 2006-2008 and ranks in the top 10 in school history in both sacks and tackles for loss.

Oghobasee is not the only coach that Hafley has brought to BC from his time with the 49ers. Newly hired defensive coordinator Tem Lukabu also served in various coaching roles on San Francisco’s defensive coaching staff during the 2016 and 2017 seasons.

While the defensive coaching staff is now complete, Hafley is still working to fill out his team. After Oghobaase will undoubtedly come a tight ends coach or special teams coordinator.