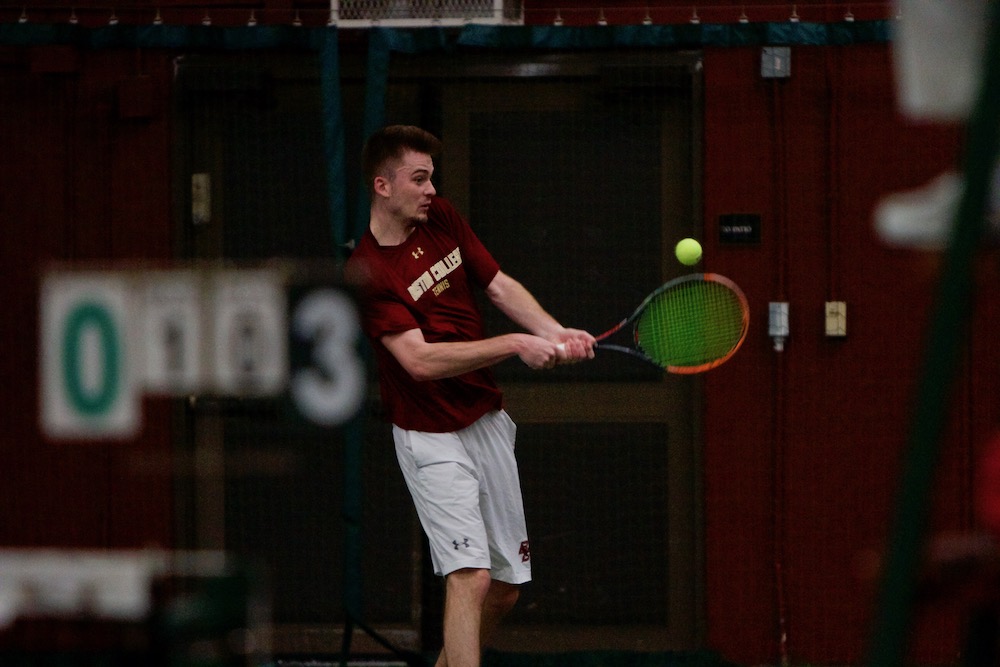 In the last four seasons, Boston College men’s tennis has earned just one win in the ACC, with the lone victory coming against the University of Miami in 2018. All in all, it’s been a dismal run for the Eagles since they joined the conference in 2005. Even so, BC has had some more success in non-conference matchups in recent years, and the same pattern rang true in its season-opening matchup against Charlotte.

It was a dramatic start to the season for the Eagles (1-0), who split the first six sets with Charlotte (1-2).

Tied at 3-3, it was up to freshman Max Motlagh to secure a narrow victory for the Eagles. In the third and final set of the No. 4 singles court, Motlagh narrowly took down Charlotte’s Constandinos Christoforou 6-4 to secure the season’s first victory for the Eagles. Motlagh, a freshman out of Greenhill School in Addison, Texas, was a two-time state champion in high school and earned conference honors all four years.

BC started out well and notched the first score of the match when the never-before-seen duo of Derek Austin and Javi Amantegui defeated Charlotte’s Henry Lieberman and Benjamin Wayand 6-3 in the first doubles slot. Amantegui transferred to BC for this season after playing three years at Virginia Commonwealth. There, he won three consecutive Atlantic 10 Championships and led the team with 20 singles wins during his freshman season. As a sophomore, he also earned All-Atlantic 10 Second Team honors for the Rams, making him an exciting prospect for the Eagles this season.

Motlagh and Chris Grasel also managed a 6-2 victory in the second doubles court to give BC an early lead.

The Eagles also recorded two straight set winners—Max Mendelsohn at No. 3 singles and Sean Mullins at No. 6.

Eagles Come from Behind to Beat Catamounts
Eagles Top Terriers in Sold Out Battle of Comm. Ave.