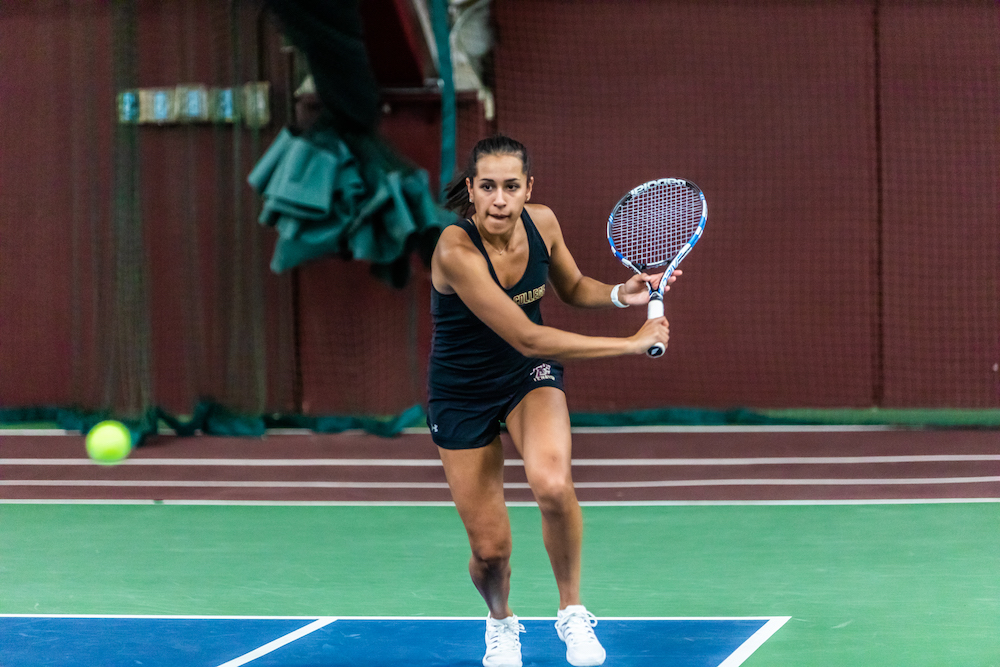 To open its spring season, Boston College women’s tennis looked to follow in the footsteps of its male counterpart with a win over a non-conference opponent. The Eagles did just that, defeating Dartmouth 4-3 in a strikingly similar manner to the men’s team’s narrow victory just one day ago.

A year ago, the Eagles took down the Big Green in a much more convincing fashion, with a 6-1 win to open the spring season. In that match, the Eagles took five out of six doubles courts and clinched the win with two doubles victories.

Though the scoreline was much less lopsided this time around, the Eagles still controlled the singles court, taking four out of six wins in that respect. Kylie Wilcox, Natasha Irani, Laura Lopez, and Elene Tsokilauri all nabbed close wins.

Wilcox’s court was arguably the deciding factor in the win for the Eagles. Down 2-0 in the No. 2 singles spot, she began a comeback campaign for a convincing win over Racquel Lyn. Lopez then went on to bet Chidimma Okpara at No. 5 to tie the tally at two apiece.

Wilcox, a senior for the Eagles, has touted an impressive record in her years on the Heights, so this game-changing win is familiar territory to her. Last season, she ranked No. 115 in the nation and No. 6 overall in the northeast. She also notched a notable top-10 upset over UNC’s Sara Daavettila, making her one of jus two BC players to do that in history.

The Eagles’ season has started out on a good foot for the second year in a row with a victory over Dartmouth to create momentum going into the next few non-conference matchups.