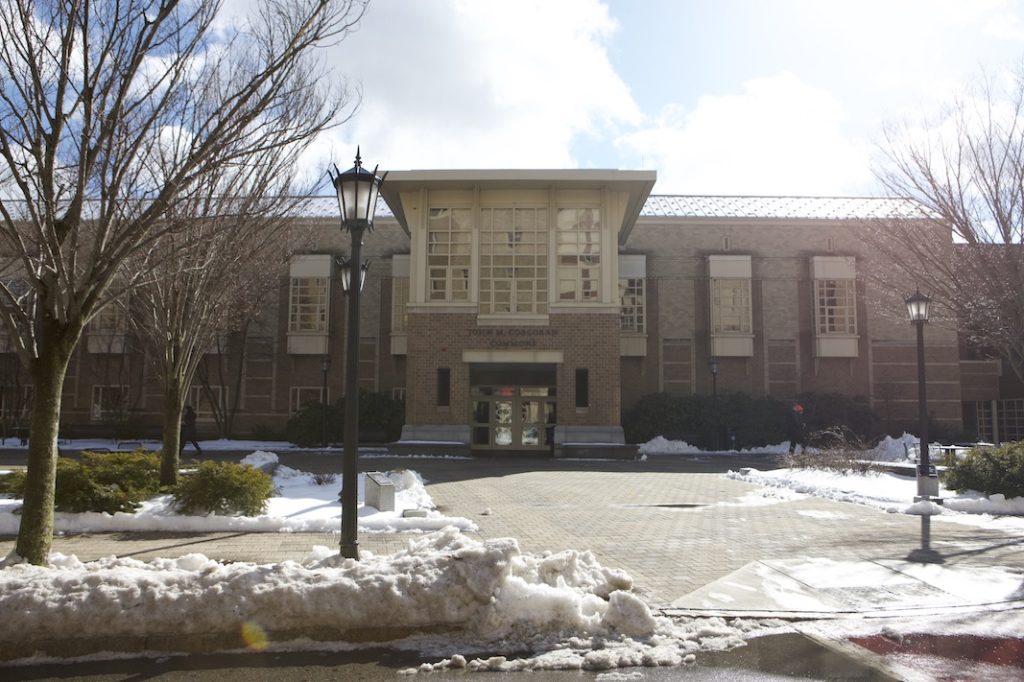 “Most gracious and everlasting God, thank you for blessing us with this time together,” Hairston said. “We thank you for allowing us to be together. We ask you now, your Holy Spirit, to flow upon us this morning as we celebrate and commemorate the legacy that is the Reverend Dr. MLK Jr., and as we continue to bond together here in this Boston College community, for us to keep his legacy forward and continue to bond with one another.”

Hairston introduced Stacey Thompson, BC ’99, who in her speech described King as not only “a motivational person but a man of faith” and sang Richard Smallwood’s song “Total Praise.”

A “Call to Action” centerpiece on each of the breakfast tables described injustices and systemic inequalities plaguing the United States. Each plate was embellished with a paper detailing the life of a particular historical figure and his or her contributions to the Civil Rights Movement.

The program continued with a spoken word poem by Miya Coleman, Lynch ’21. She described the importance of using one’s voice as “a way to make them listen, a way to bring oppressors to their knees.”

Judy Moore, co-chair of BFSAA and academic support assistant for the School of Social Work, presented the Living the Mission Award, which was renamed the “Dr. Charles F. Smith Jr. Award” at the breakfast. Smith, who died in August, was BC’s first tenured black faculty member.

Akua Sarr, vice provost for Undergraduate Academic Affairs, was the recipient of the award, but she could not attend the breakfast. Régine Michelle Jean-Charles, a professor in Romance Languages and Literatures and African and African Diaspora Studies, accepted the award on behalf of Sarr.

Rhonda Frederick, an English professor at BC and the event’s keynote speaker, spoke next. Frederick, who specializes in Anglophone Caribbean and African Diaspora literature, highlighted King’s rhetoric as an instrument of promoting activism. She talked about how an ideal university would be “a place of refuge, a place where students could enjoy learning” that “would encourage new discussions.”

Jabril Robinson, membership outreach liaison of the BFSAA and assistant director at the Career Center, reflected afterward on Frederick’s words. He emphasized the importance of the “Call to Action” and thinking about what remains to be done to attain a more just society.

Hairston returned to the podium to give the benediction near the end of the celebration. He reminisced about times with Frederick when he was a student in her Afro-Caribbean literature class. Hairston then thanked Event Management, Dining Services, Human Relations, the Office for Institutional Diversity, and Frederick.

“The memory and legacy of the Reverend Dr. MLK Jr., as well as Dr. Charles F. Smith Jr., and all those who came before us who laid down the foundation, that path for us to continue to walk this day,” he said, coincides with the Jesuit value of being men and women for others.

After holding hands with one another and singing “We Shall Overcome,” the congregation dispersed. 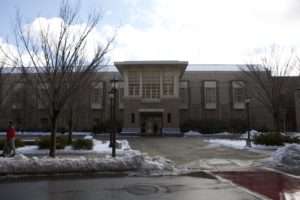