Home » To be Pro-Life, Be Pro-Climate 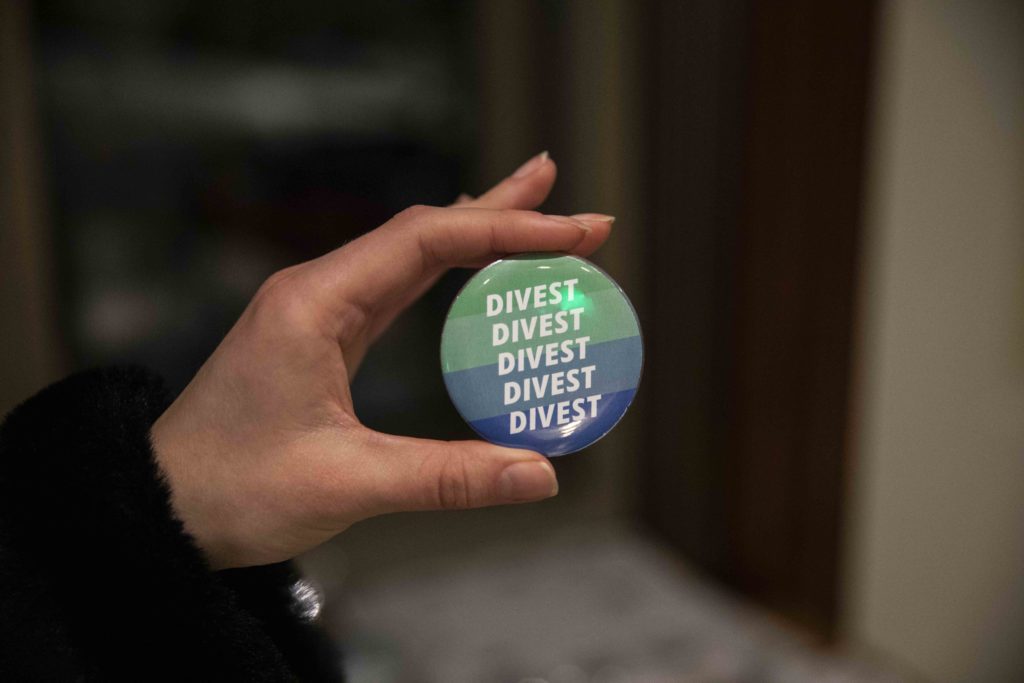 To be Pro-Life, Be Pro-Climate

To be pro-life is exactly as it sounds: to support living beings and, in turn, prevent and protect them from danger. Some people who claim to be part of the pro-life movement have advocated for anti-climate policies that directly threaten people’s lives. Political parties have co-opted pro-life values while simultaneously advocating for anti-life policies regarding climate.

The Catholic Church has increasingly recognized the enviornmental aspect of what it means to be pro-life, though not nearly at the speed or with the urgency neecessary to retain young people. There are many factors to religious decisions, but younger people are increasingly leaving the Church entirely as a result of its stance on environmental issues.

While I’m not interested in an extended debate on utilitarianism, it is important to note the sheer number of people impacted by climate and environmental issues and disasters. For the church to ignore such issues that have tangible solutions and are directly impacting people’s lives, it makes sense that people would not want to be affiliated with such an organization. Young people are feeling hurt and left out as the church prioritizes abortion over their loud cries for action on climate.

According to a report by the Lancet Commission on Pollution and Health, co-authored by Boston College’s own Phillip Landrigan and other faculty members, 9 million people die prematurely every year as a result of pollution. There were a little more than 600,000 abortions in the U.S. in 2016 according to the Centers for Disease Control and Prevention.

Tools already exist to prevent pollution-related deaths. However, government and corporate inaction persist as does skepticism of science. I am not necessarily telling pro-life individuals to stop advocating against abortion, but why not first tackle a larger and more easily preventable life issue?

In only a decade, more than 26,000 lives were saved by the shift away from coal. There are still hundreds of coal plants in the United States and around the world. Communities built around coal, particularly in Appalachia, are exposed to significant local pollution that leads to heart and respiratory issues, as well as birth defects.

A common argument of the pro-life movement is that fetuses are unable to advocate for themselves. While true, and I again reiterate my intention not to discount certain pro-life policies, I ask: Who will advocate for the hundreds of thousands of climate refugees today, and those to come? Just two weeks ago, nearly 400,000 people were displaced in Indonesia as a result of unprecedented flooding. These numbers will only grow higher as the climate warms.

Considering the ability of society to prevent such displacement, injury, and death, I propose that the pro-life movement at the least incorporate climate action into its advocacy, if not entirely shift its focus until these easily preventable threats to life are rectified. At that time, abortion could become the focus again.

While I have no intention of discounting or disregarding abortion as a pro-life issue, it baffles me that that seems to be the sole focus of the larger pro-life movement and certainly the focus of the Catholic Church, especially in the United States.

Further, one party claims to be pro-life while painting the other as anti-religion. Meanwhile, though imperfect, Democrats are both against the death penalty (pro-life) and, compared to Republicans, pro-climate legislation. Interestingly, though, such divides between parties disappear among youth, a warning sign to faith-based institutions and political parties alike.

With a goal of maximizing lives and an assumption that life begins at conception, the ideal pro-life policy mix would be anti-abortion and pro-climate policies. Unfortunately, the current political system does not offer many avenues to carry out such policies. But rather than address this disparity, the U.S. Catholic Church and Catholic institutions such as BC have chosen one side and one party in about as explicit a way as they can without violating their tax-exempt status. If BC wants to abide by Catholic teaching and be pro-life, then why has it done little to address its climate impact?

To ban condoms and simultaneously undermine student climate activists, refuse to create a climate action plan, and laugh in the face of divestment is hypocritical. It certainly is not pro-life—and it is a clear and present danger to students and humanity.

In an all-or-nothing political landscape, no party or person can claim to be part of something as broad as the “pro-life movement.” Candidates may accept that, but will the church? Imagine if BC saw climate activists as part of the pro-life movement, treating their calls to action with the same urgency. I can assure you that our school would be a freer, safer, and more sustainable place than it is today.

BC will likely point to research that it does to address pollution, such as the work of Landrigan. But this level of research, though important, does nothing to address BC’s institutional actions and investments or its aggressive responses toward climate activists on campus.

BC has also been repeatedly called out for failure to address issues of race and diversity on and off campus. Of note, there are many racial factors underlying climate risk and inaction, as redlined areas have higher pollution rates and temperatures, leading to more injury and death. Therefore, climate justice sits at the intersection of racial equity, environmental protection, free speech, and pro-life values that extend beyond abortion, all issues that BC and the Catholic Church as a whole have struggled with.

There is so much to analyze, from politics to religion to race. Hence, the inherent intersectionality of climate justice. For those looking for an outlet for a combination of some of these views that do not seem to fit with any party or platform, there are options. For one thing, you’ll have to focus on each candidate and political race rather than simply voting along party lines (which I would recommend anyways).

There are also many liberal Catholics in the United States, found in groups such as Faithful America and Catholic Democrats. Catholic Democrats believes that Democratic policies will actually lead to fewer abortions than Republican ones, and it advocates for climate action. There are also organizations welcoming a mix of conservative ideals and climate action, such as RepublicEn and Citizens’ Climate Lobby.

Young people may or may not protest abortion, but their massive climate strikes demonstrate a necessary and more complete understanding of what it means to be pro-life. I hope that the pro-life movement incorporates these values and radically shifts its tactics toward these immediate and tangible issues, and that in turn, religious institutions such as BC do the same.