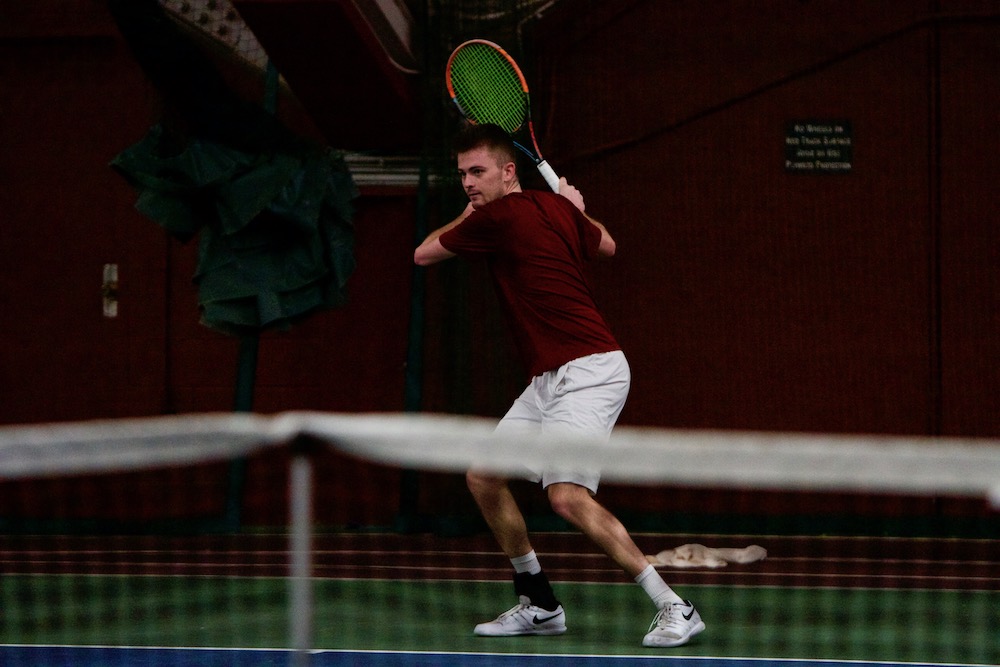 BC Drops Second Game of the Season to UVA 6-1

For Boston College men’s tennis, Friday’s match was a tough way to start ACC play. On the road in Charlottesville, the Eagles (1-2, 0-1 Atlantic Coast) dropped the match 6-1 at the hands of Virginia (4-2, 1-1).

All three doubles matches went the way of Virginia, but the Cavaliers had no easy route to some of those victories. BC’s pair of Sean Mullins and Max Mendelsohn were engaged in a back-and-forth match with UVA’s William Woodall and Christian Alshon, as they split the first six games of the set. Woodall and Alshon ultimately took control of the match from that point, defeating Mullins and Mendelsohn 6-4.

Perhaps the most exciting doubles match came on the first court. Down 5-2, the senior duo of Derek Austin and Javi Amantegui came roaring back to tie the match at 5-5. Ultimately, it was not enough, as they fell in the following games to lose 7-5 to UVA’s Ryan Goetz and Ammar Alhaqbani.

Virginia also prevailed on the singles side, taking five out of six matches from the Eagles, four of which were in straight sets.

Then, although he fell in straight sets, Alex Chieffalo put up a tremendous fight against Alhaqbani. After losing the first set, 7-5, Chieffalo battled to force the second set into a 6-6 tiebreak. Tensions were extremely high at the Sheridan Snyder Tennis Center, as the two battled back and forth for 32 straight points. Neither player was able to take consecutive points, until Alhaqbani finally finished off the win in a 17-15 tiebreaking victory. It was easily the most contested matchup of the night.

Sean Mullins was the lone victor for BC, as he won in straight sets at fifth singles, 6-3, 6-3. Mullins has now won all three of his singles matches to begin the season.

With the win, the Cavaliers got back on the right track as they continue to play through a challenging schedule. Their last matchup resulted in a loss to No. 17 NC State, and they will take on No. 8 TCU and No. 7 Wake Forest in the coming week.

As for the Eagles, they suffered their second straight defeat and are still looking to get back to the success they enjoyed in their season opener at Charlotte.

All in all, BC battled hard against a good Cavaliers team. It will return to the court next Friday to host a Notre Dame squad that will be making its 2020 ACC debut.