After a busy work week and a long night out on the town, brunch the next morning is a must. But with Boston’s innumerable restaurants, it’s difficult to settle on just one. With Stillwater’s one-of-a-kind, but exorbitant brunch menu, the establishment does not completely live up to the high standards that it set out. With its overall subpar fare, it doesn’t make it worth this weekend’s brunch plans.

Since Stillwater opened just last year and is conveniently located near the Financial District and Downtown Crossing, you would think the brand new restaurant would be packed with brunch-goers on the weekends. On a late Saturday morning, however, Stillwater is not crowded, but it’s just busy enough to provide a welcoming atmosphere. Dining at Stillwater is a great way to keep your mind off the stress of BC coursework. The atmosphere is quiet yet casual. With neatly arranged seating, a sense of privacy, and a generous and patient waitstaff, the restaurant has a homey feel to it. On several occasions, the waitstaff will check in on how the food was and ask if anything else is needed.

Sarah Wade is the executive chef at Stillwater; and her Oklahoma hometown is the restaurant’s namesake, according to its website. Chicken-fried steak is a staple on Stillwater’s dinner menu—an ode to Stillwater, Oklahoma—though not on the weekend brunch menu. By bringing in southern flavors, both the brunch and dinner menus display creativity—forming attractive, delicious appetizers, main courses, and desserts.

For its “Sexy Snacks,” Stillwater’s version of appetizers, the biscuits are essential. At $8, Stillwater serves three crumbly biscuits baked to perfection—and their texture is superb. The biscuits crumble easily thanks to their flakiness, moistness, and warmness. Not only are they well-seasoned with pepper, the cheese and maple bacon-infused butter complements the sweetness, and the saltiness does not overpower the other flavors.

Another hit starter is the Mini Banana Cocoa Puff Cereal Bread, priced at $9. It is presented in a warm cast-iron dish, drizzled and stuffed with a dulce de leche sauce. More like a dessert than a first course, it stood out as a favorite from the main dishes despite only being a side. It’s perfect for when you are craving something a bit sweet or have a sweet tooth, no matter the time of day.

The main courses, fittingly titled “Eggs and Such” on the menu, focused on eggs all ways. A $13 meal called the “Classic” comes with two eggs cooked as requested; a choice of bacon, sausage, or avocado; and home fries and buttered Texas toast as complimentary sides. When cooked soft scrambled, the eggs are slimy and have no real flavor. Even BC Dining’s omelettes taste better than these. The breakfast potatoes, on the other hand, are seasoned thoroughly but leave a mildly unpleasant, sharp aftertaste.

Nevertheless, the Puffy Pancakes remain a reliable breakfast go-to. Three pancakes are served with whipped butter and maple syrup for $11. There is nothing particularly special about them, but the maple syrup is not too sugary, and the portion size is well worth the price—considering the pancakes’ magnitude.

Partaking in a brunch at Stillwater is a mediocre experience: The portions are oversized, and the menu is overpriced. If the restaurant offered smaller, cheaper portions, the experience would be more worth the trip into Downtown Boston.

As noon approached, the crowd seemed to be picking up—Stillwater triumphs at keeping the amateur brunch experience, only helped by its unique specialities menu options. The subpar traditional brunch staples lacked any personality that would distinguish them from an IHOP’s pancakes and eggs. It is not necessary to go to Stillwater and spend more to get them here than go to the closer and cheaper IHOP. With that being said, prepare to make a reservation in advance for larger parties. Although, finding the time to make a trip to Stillwater could be better spent closer elsewhere at places such as Cafe Landwer, IHOP, or The Paramount in Beacon Hill. 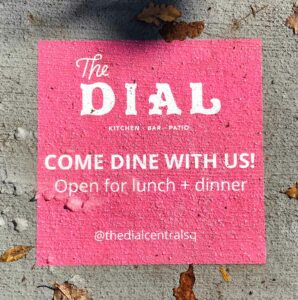