The Boston College theatre scene proved that it was alive and thriving Friday night at Contemporary Theatre’s presentation of “A Night of Student-Written Ten-Minute Plays.”

The event, which featured five plays written by, directed by, and starring BC undergraduate students, took place in the McMullen Museum’s front lobby. These big performances shined in the small space, giving the students in the packed audience an intimate showing of their peers’ work. Each of the plays was executed simply but effectively. Props were minimal, and the actors read from scripts.

Nancy was the first performance of the night, written by Gerry Menna, MCAS ’20 and directed by Devyn Itula, MCAS ’22. The play focused on a couple, Janelle (Rachel Chan, MCAS ’20) and Peter (Will Dooley, MCAS ’22), in the evening after a day of work. Their simple small talk suddenly became eerie as Janelle started talking to a baby doll named Nancy and admonishing Peter for going into the basement. The audience was left without a firm conclusion about what’s truly going on with Janelle and Peter, and the ambiguity helped reinforce the thrilling tension of the piece.

Nancy was followed by A Girl, A Boy, A Bed, written and directed by Lyana White, MCAS ’20.  The characters, named simply Girl (Elyse Gaertner, MCAS ’21) and Boy (Nico Borbolla, MCAS ’21) sat on a bed, trying to talk through and understand love, sex, and growing up. The play covered a lot, even within the constraints of the 10-minute time slot. White’s dialogue was authentic yet poignant, the tension growing between Girl and Boy as they discussed relationships and societal expectations for young people.

The third short play presented, I Got You, was written by Jules Martinez, MCAS ’21 and directed by Lexie Slotterback, Lynch ’22. It followed two friends, Elouise (Mollie Bourne, SSW ’21) and Sophie (Emma Thompson, MCAS ’23) during a phone conversation as they tried to support one another. The performances offered many hilarious moments as Sophie and Elouise navigated awkward situations, weathering the storms of life together even though they’re miles apart.

We Don’t Have The Pot For Poached Eggs Anymore packed an emotional punch, showing siblings Angelina (Rosa Miller, MCAS ’21) and Joe (Henry Knowlton, MCAS ’21) deal with the passing of their father (Andrew Oglesby, MCAS ’22). The play, written and directed by Nicole O’Connor, MCAS ’22, featured dialogue about God and the role of spirituality in the midst of pain. Joe, a priest, told Angelina that he sees God most in moments of forgiveness, while Angelina struggled to accept what’s happening to her family. Angelina comes to peace with it all after she sees the ghost of her dad.

The final play was written by Garrett Gagnon, a senior at Pine Manor College, and directed by Borbolla. Courier New followed Timothy (Ben Errichetti, MCAS ’21) and his girlfriend Ingrid (Riley Mushkin, MCAS ’21) as Timothy tried to write a play. Courier New fell into hilarity as it was revealed that Timothy’s play chronicled a dream he had months prior, in which he told Benjamin Franklin such a funny joke that the founding father keeled over and contracted polio. The audience was laughing out loud as Benjamin Franklin (Matthew Dolly, MCAS ’21) entered wearing a colonial-era powdered wig and told Timothy to abandon the play.

The audience heaped applause on every 10-minute play, and the variety of plotlines, passionate acting, and creative ideas from each of the students involved made the night one to remember. 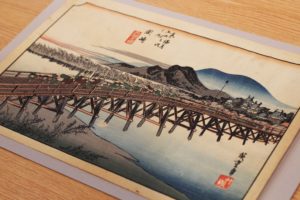