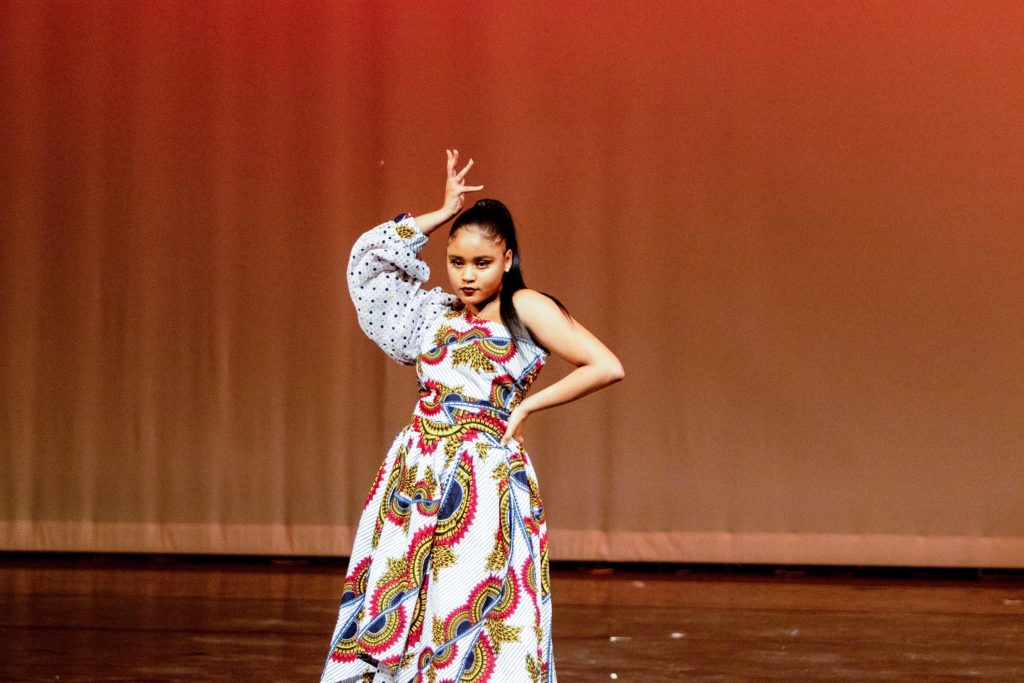 Held Saturday night in Robsham Theater, the sold-out event emphasized the beauty of African marriage traditions, telling the fictional story of the union between two BC students, Dami and Kawsi, played by Rose Delva, MCAS ’22, and Michael Appiah, MCAS ’23, through a series of videos.

While DJ King Collins blasted music from the speakers, BC students modeled designs by three African designers: Omooba Fashions, By Attaa, and Eldior Sodeck. Posing in geometric prints in shades of yellow, gold, red, green, and blue, the models embodied power and elegance. One of the standout designs was a blue sequined dress layered over a black undershirt, with the model finishing the look with a white headscarf.

The final fashion walk played off the theme of unions, featuring power couples who worked the runway together. The male models were dressed in monochromatic tunics and pants accented by pops of color, while the female models wore elaborately patterned dresses detailed with sequins, ruffles, tulle sleeves, and voluminous skirts.

During the final walk, a young flower girl dressed in a white lace gown dusted flower petals across the stage. Closing the fashion show, two models strutted onto the stage, the bride wearing a pleated white top fastened to a blue and purple patterned skirt, and the groom outfitted in a green and gold tunic with black pants and loafers. Before exiting the stage, the groom got down on one knee before his bride, commencing the ceremony.

The event also included dance performances by Boston University’s Afrithims and BC’s own Presenting Africa To You (PATU), in which the dancers incorporated step and hip-hop into their routines. After the fashion component of the night ended, the event transitioned into a concert when Prince Lucas, MCAS ’22, sang his original songs “Kind Love” and “Back It.” British DJ and singer-songwriter Afro B brought the whole crowd to its feet, drawing audience members to the stage as they sang and danced.

The audience members, which included students and family members, dressed their best for the occasion. Some draped themselves in vibrant patterns and headscarves, while others wore formal dresses and suit jackets with dress pants.

According to the ASO e-board members, they had been preparing for the event since October. The board cast models, connected with designers, and invited performers to the event, bringing the diversity of Africa’s cultures, traditions, and customs to the Boston College community.

Before the show began, quotes from ASO alumni flashed across a projector, answering the questions: What does ASO mean to you? Familiarity, family, and connecting through culture were recurring themes in the quotes, mirroring the sense of community that enveloped the theater on Saturday night.

Co-founder of ASO Nampeera Lugira, BC ’95, said in one of the quotes, “We started this club to unite students from the continent who did not have an official affinity group. Being [a] part of the club made us proud of our strong African heritage.” 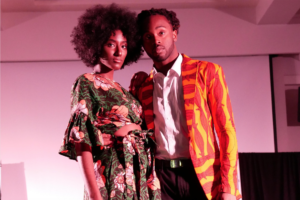