Home » ‘New England Classic’ Brings Datamatch Back to BC 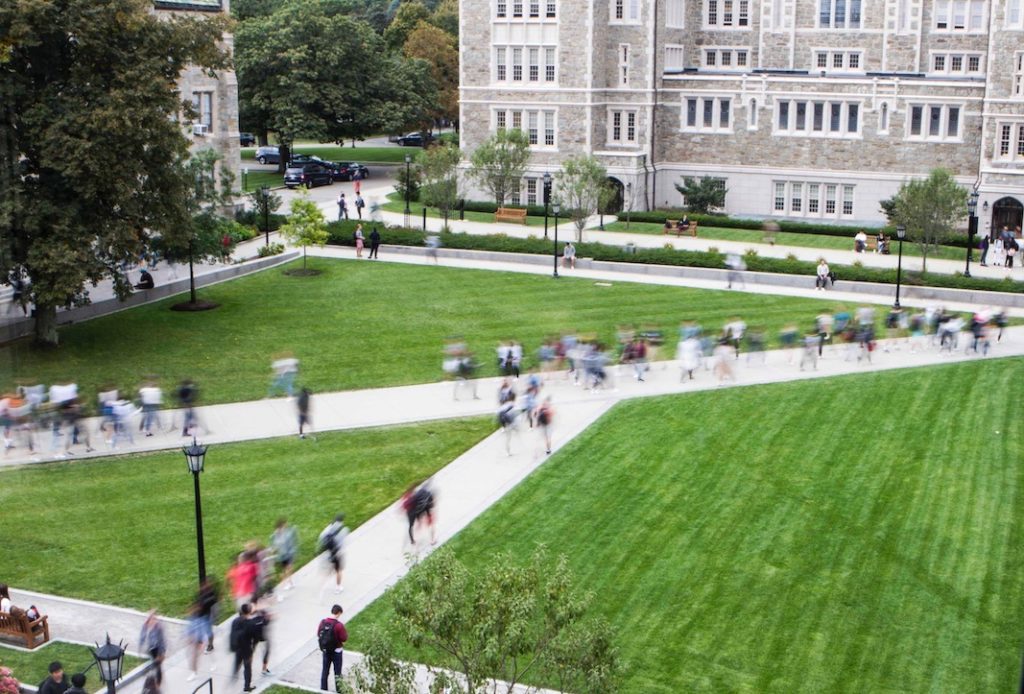 ‘New England Classic’ Brings Datamatch Back to BC

In today’s dating climate, there’s no shortage of companies who claim they will help you find your next date. Tinder, Bumble, and Hinge allow you to swipe through an endless list of candidates until you settle on a slightly different iteration of the same econ-major “Mike” or “Matt” you exchanged small-talk DMs with last week. Datamatch, on the other hand, affords you no such agency. Created by the Harvard Computer Society (HCS) in 1994, Datamatch will deliver 10 potential matches to your email inbox if you give the algorithm-powered matchmaker 20 minutes of your time.

After dating for a few weeks this fall, one Boston College couple realized the Datamatch algorithm predicted their relationship months in advance. The two had matched on Datamatch in February 2019, the first year the platform was available to BC students. After realizing they had a missed connection, the couple emailed Datamatch to request their original survey responses and praise the HCS team for its accuracy.

Unfortunately, the enthusiastic emailer is no longer with his Datamatch and declined to be interviewed for this piece. But The New England Classic, BC’s resident satirical newspaper and the organizer behind the BC branch of Datamatch, doesn’t view a relationship as the end goal of using Datamatch in the first place.

“The way we presented it last year, we had no intention of running it like you’re going to meet your husband or wife,” said Peter Zogby, managing editor of The Classic and MCAS ’21. “If you did decide to date or marry the person you met on Datamatch, that would be absolutely crazy.”

In fact, Zogby took the survey last year and did not match with his current girlfriend, Shea Rulon, marketing and business director of The Classic and CSOM ’20, who is also in charge of the Datamatch project this year. Rulon reported that she matched with Zogby’s roommate, however.

The process requires users to answer 22 survey questions that the Datamatch team runs through its nebulous “Algorithm”—which HCS refers to with a capital A as if it’s some omnipotent deity—to determine the matches. Since launching 25 years ago, HCS has expanded Datamatch to 25 other schools through Datamatch clubs at other universities or recruiting pre-existing clubs to write surveys and market the platform on their campuses. The Massachusetts Institute of Technology, Tufts University, Wellesley College, and, of course, Harvard University are the other Boston-area schools that participate in Datamatch. Last year, 1,572 BC students, or 16.8 percent of the undergraduate student body, took the survey, according to the Datamatch team.

From the moment Datamatch approached The Classic with a pitch to bring the platform to BC in the fall of 2018, The Classic had its own vision for the matchmaking service’s role on campus. Rather than designing the questions to yield insights about romantic compatibility, The Classic aimed to match people based on their sense of humor. While the HCS Datamatch website specifies that the service’s original purpose was to be “humorous and casual,” some of The Classic’s submissions still received pushback from Datamatch last year.

“They had some feedback that was like, ‘Oh, maybe have an answer that makes sense,’” Rulon said. “And we were like, ‘No, that’s not our brand.’”

Aside from aligning the survey questions with The Classic’s irreverent, BC-specific comedic style, Zogby said he views Datamatch as a way to “let people into the joke.” Taking the survey allows BC students to interact more closely with The Classic than, for example, liking one of its Instagram posts. Permitting the publication to be the potential progenitor of your next fling or relationship requires at least a modicum of trust.

Rulon and Zogby said the platform suits The Classic’s brand on another front: sex. Zogby described the questions for this year’s survey as “sexually explicit.” The Facebook event description declares that “some nerds at Harvard” and “some goblins” at The Classic are “going to get you laid (or at least some over-the-pants stuff)!”

This year, The Classic entered into a partnership with RubberHub, a condom-delivery service operated by Students for Sexual Health (SSH). The final question on the survey allows students to opt into the free service. The partnership replaces last year’s partnership with Snackpass, which offered students a coupon to get mac ’n’ cheese at Crazy Dough’s if they went on a date with their match. The RubberHub offer, however, does not have to be redeemed with a match. MaryElizabeth Mooney, editor-in-chief of The Classic, vice president of SSH, and MCAS ’20, was the liaison between The Classic and RubberHub.

“They’re both not registered clubs at BC,” Mooney said. “[The Classic has] a lot more reach, just being a lot more well-known on campus. I’m happy to lend that clout to anything that is a good cause like SSH. … It’s a no-brainer.”

Aside from the new partnership, Datamatch will have a couple of other changes in its second year at BC. Datamatch will not match BC students with MIT and Wellesley students as it did last year, and HCS is planning to launch a chat feature on its websites for all schools.

“I think pushing it as a Classic project and a BC cultural thing rather than this cool matchmaking thing that we imported from across the river changed how people approached it in the first place,” Zogby said. “Which I think gave us an edge over the other schools who are trying to push it as like, ‘Harvard gave us this and it’s sick ’cause it’s Harvard.’ No. It actually sucks ’cause it’s Harvard. It rocks because it’s [BC] and we sexualized it.” 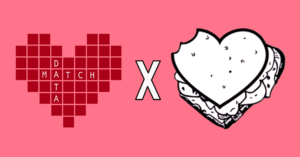