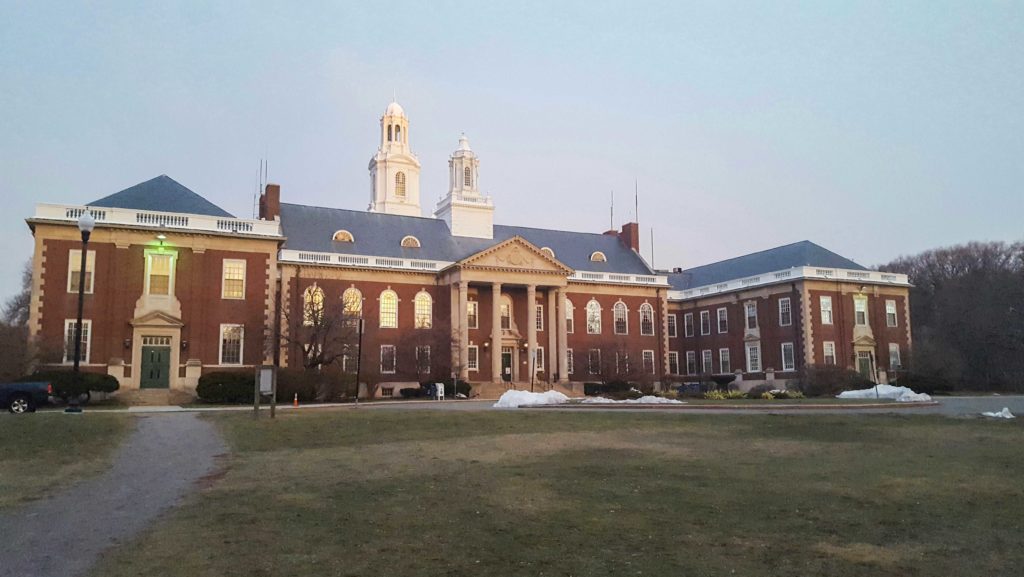 The Newton Historical Commission will vote on Feb. 27 on whether to grant historical landmark status to two buildings, one located at 978 Watertown St. and the other at 1173 Washington St. Councilor Julia Malakie urgently requested that these two buildings and five others be named historical landmarks. A Jan. 23 public hearing with the Historical Commission decided to further study three of these buildings and deemed that two were ineligible to be landmarks.

Both 978 Watertown St., which houses Davis Tavern, and 1173 Washington St., the Carley Realty building, are individually listed with the National Register of Historic Places. Davis Tavern was built in 1831 by Seth Davis, a businessman, abolitionist, temperance advocate, and tree planter credited with planting a majority of West Newton’s elms, Malakie wrote in her landmark nominations. The Carley Realty building was built in 1928 and belonged to Doris Carley, the first female realtor in Newton.

The Carley Realty building is set to be demolished any day, Malakie said, as it is located in the middle of the Dunstan East housing project active in the city’s Planning and Development Department.

Katie Holmes, a preservation planner in the Planning Department, is currently reviewing three properties Malakie requested be given landmark status to see if they qualify for a public hearing:  989-1003 Watertown St., which is a CVS; 1 Chestnut St., a Bank of America; and 1253 Washington St., the Brezniak-Rodman Funeral Home. The Brezniak-Rodman Funeral Home is on a demolition delay that expires in November.

The vintage-looking gas station and a baby goods store on Washington Street that Malakie requested by named historical landmarks were eliminated from receiving landmark status and are currently on demolition delay.

Following the Jan. 23 public hearing, the Zoning and Planning Committee met on Jan. 27, placing a moratorium on all requests for historic landmarks until at least June 30. The committee decided in a 5-2 vote to suspend landmark nominations to give the city more time to make revisions to the nomination process and a decision on whether to confirm the Davis Tavern and the Carley Realty buildings as landmarks, according to the meeting report.

“The temporary suspension will prevent and suspend the processing, and approval of any property currently under consideration for landmark designation and will temporarily suspend future landmark designations made by the Historical Commission and the City Council,” the report said.

The temporary suspension was also issued to amend the landmarking ordinance, according to the report. The Zoning and Planning Committee plans to address the nomination process, the lack of inclusion of property owners in the landmarking nomination process, and the appeals process for nominated properties. Under the current landmark ordinance, an appeal must be submitted within 15 days of the written notice being filed with a commissioner. A hearing or a decision on the appeal must occur within 45 days of the appeal being filed.

The moratorium on nominations wasn’t the only response Malakie received on her urgent landmark requests. Greg Reibman, president of the Newton Needham Regional Chamber, said that the current landmark nomination process is unfair to property owners. Reibman noted that properties protected by historic landmark status in Newton cannot be modified or renovated freely.

“The way the law currently works is when City Council can file this urgent request, then the City Historic Commission has to hear this on an urgent basis because it was an urgent request,” Reibman said. “And they give the owners two weeks notice to show up to a hearing.”

Every time a property owner wants to make a change to a building, the Historic Commission has to approve it in accordance with the Local Landmark Ordinance, Reibman said.

“This means that any alterations to the exterior of the structure, such as demolition, additions, renovations, or new construction, must be reviewed and approved by the Newton Historical Commission,” according to the city’s website.

For Malakie, the urgent request was a means to save buildings from demolition, she said.

“Do we care about these buildings? Do we want to keep them as part of Newton’s history?” Malakie said. “And if we can decide that now, I think it would help everyone to have some certainty. The alternative is kind of waiting till it’s an emergency and, you know, somebody comes in with a demolition request.”

The city is making progress in revising the land marking ordinance, Councilor Andrea Kelley said. The group revising the ordinance met this week and will continue to meet weekly to come to a revision, she said.