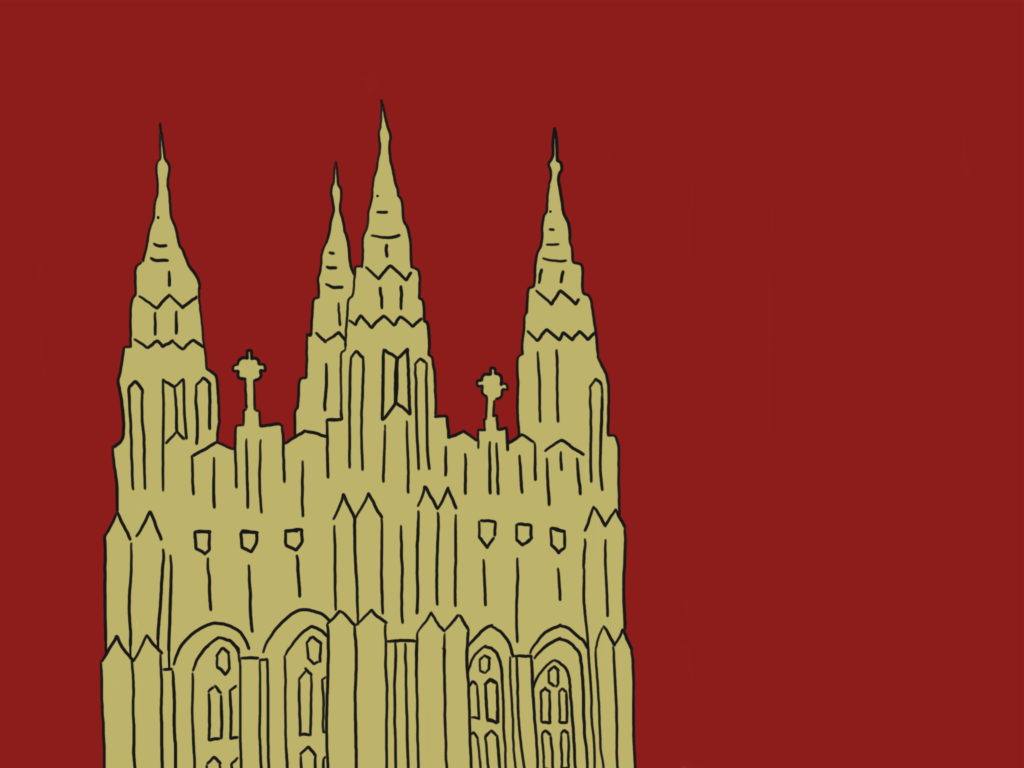 As a jaded senior, I thought I had experienced every obstacle that class registration had to offer: waking up for the early pick times, getting none of my classes because of the late pick times, forgetting to save my schedule in UIS and losing TKM’s Capstone class, everything.  Monday, January 13 showed me I was wrong.

Over the winter break, I decided I wanted to take a class about film in the Woods College of Advancing Studies. When the Michalczyks’ much-anticipated film class was canceled, I set my sights on A Half-Century of American Film. I love movies, but I haven’t yet seen many movies from the silent era, and I’ve never taken a film class at Boston College despite movies being my only defining character trait. A match made in Course Information and Schedule heaven. But I found myself unable to register for the course on UIS. A quick email and some googling later, I was armed with the knowledge that I would have to register in person for the class, well after all of the actual Woods students had settled their schedules. Fair enough. After all, I arguably don’t deserve any priority in a Woods College course—the actual Woods College students should get first choice, and the rest of us can fill in the gaps.

So how was I supposed to register for the course, assuming that it stayed open? I would have to show up in person on the Woods College registration day for all of the other schools at BC (MCAS, CSOM, CSON, and Lynch). Registration ran from 8 a.m. to 10 a.m. in Gasson 100. “I can do this. All I have to do is get up before 8 a.m.,” I thought, like an idiot.

That was until I received an email a couple nights before registration that said “Gasson Hall will not open until 4 a.m. We kindly request that students do not arrive before this time to avoid having a line outside.” They must be kidding. Do students actually get there at 4 in the morning? Are these classes so heavily desired? Do I really need to wake up that early?

In talking to other students, I learned that the answer to all of those questions was “unfortunately, yes.”

Thus began my worst registration experience. I wanted that class. If students got there at 4 a.m., I guess I was going to as well. So, Monday morning, I woke up at 3:30 a.m., made myself a bagel, and walked to Gasson. When I arrived promptly at 4 a.m., there were already about 50 people inside, sitting on the floor. Some had brought pillows and blankets, others fold-up camping chairs. They had apparently gotten there at 2 a.m. and been let in by the BCPD officer who had taken pity on them standing outside in the cold. As I settled down on the floor, more and more students arrived. By the time we had all moved into the Gasson atrium—where we would remain for the next three and a half hours—there were probably 100 students in line behind me. At 4:15 a.m. On the first day of class. See below.

While we sat and laid on the floor, drifting in and out of sleep, I thought about this process. Clearly, BC has deemed that this is the way that this should take place. There were even rope barriers and signs set up when we arrived.

This is absolutely ridiculous. There simply must be a better way to allow undergraduate students to register for Woods College classes after Woods students have already registered. I understand that the current system gives students a measure of control over their destiny—that if you can just get up early enough (or never go to sleep), you can almost ensure that you will get the class you want. But this is the only time that course registration works like this. Wouldn’t it make more sense to mirror the registration system we currently use in MCAS, CSOM, CSON, and Lynch?

Yes it would. If we copy the existing format, any undergraduate student who indicates their desire to take a Woods College course could be assigned a pick time via lottery, with seniors being given highest priority and so on. This way, no one has to camp out in Gasson for four hours in the middle of the night.

The only problem I can foresee with this would be UIS. As I understand it, undergraduate students can’t register themselves for Woods College classes probably because they are not designated as such in the system. This is the only reason I can think of that requires faculty present to override us into the system. But, if BC could copy the computer science department’s system and designate us as a group able to register for Woods courses, then we would be able to register ourselves for these classes.

To be fair, this is also a problem with us undergraduate students. Our desire for the perfect schedule, or the right professor, or whatever, has become so pressing that we are willing to get up at 3:30 a.m. to get the right class. And we complain about it, as I am doing in this column right now. But rather than accept the system without complaint, I think this is something BC could change.

undergrad registration
No Top Democrat Can Best Trump in Election
Student-Admin. Forum Focuses on Costs, Sustainability Efforts in BC Dining