Home » Overstuffed Script Salvaged by Superb Acting in ‘The Photograph’ 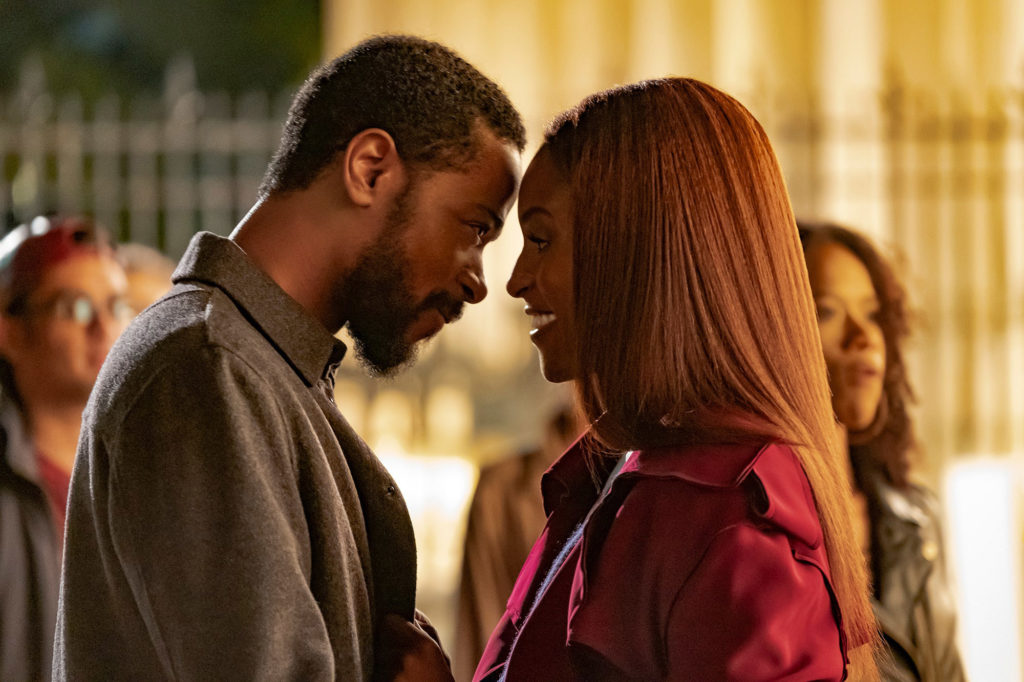 Overstuffed Script Salvaged by Superb Acting in ‘The Photograph’

As the 92nd Academy Awards were heavily criticized for their lack of recognition of diverse storytellers, big Hollywood studios are increasingly giving opportunities to both more women and more people of color. Backed by Universal, writer and director Stella Meghie looks to make a mark on the Hollywood mainstream with her modern rom-com, The Photograph, which notably presents an original story both written and directed by a black woman. Surrounded by stellar performances from Lakeith Stanfield, Lil Rey Howery, Rob Morgan, and the especially marvellous Issa Rae, the overstuffed narrative and uneven direction is salvaged by its actors, who are able to eke out the heart in each of their respective characters. Despite its choppiness, the film is filled with empathy and beauty, and it’s at its best when it lets its characters build off each other, making them likeable and establishing their authentic relationships.

Stanfield plays Mike, a journalist for a fictional online magazine in New York who travels to Louisiana and meets Isaac (Morgan), who tells him about his first love, Christina, and her passion for photography. He gifts him a photograph of Christina, and in search of a story, Mike goes looking for her back in New York, where he eventually learns of Christina’s recent death. Rae plays Mae, a museum curator who is crafting an art exhibit for her deceased mother, Christina—yes, the same Christina Mike has the photograph of.

On a direct collision course, Mike and Rae meet and immediately connect, to the point where the clichéd tropes of a standard rom-com cause the audience to groan. But Meghie crafts a love story that takes its time, allowing for there to be a clear progression in both characters’ comfort and understanding of each other, giving some When Harry Met Sally vibes while rejecting the Hollywood demand for something that feels relevant in the digital, social media, and Tinder-crazed world of 2020.

Rae does a fantastic job showing a character who is juggling a hectic job, a topsy turvy love life, and the sudden changes in her family. She is strong and likeable. Stanfield maintains a swagger with his performance as Mike, a guy who thinks he is the coolest guy in the room …  because he is. Lil Rey Howery is hilarious as Kyle, Mike’s older brother who has a wife and two young daughters. Meghie clearly included room for him to improvise, as there are several lines that are so funny, the actors themselves can’t help but laugh—some takes where they break character are included in the film.

In a technical sense, the film boasts some beautiful shots with a kinetic camera and also showcases a strong score by relative newcomer Robert Glasper, who uses a calm jazz drum kit that evokes the Louisiana backdrop of the film.

Unfortunately The Photograph seems to go in several different directions, as it often flashes back to Isaac and Christina in Louisiana when they were Mike and Mae’s age. While successfully adding more pathos and touching on the themes of love in the film, the story between both is so utterly predictable, it makes everything feel a little stale. The central plot itself suffers from the amount of screen time the side story wastes. Every time the narrative flashes back, the audience wishes that Meghie had just kept the narrative in the present, where the characters are growing and, honestly, are more likable.

With The Photograph, Stella Meghie writes and directs a funny and charming film that sometimes does not have the clearest direction but is filled with emotion and strong performances.