Even though 96 percent of Americans now own cell phones—up from 35 percent in 2011, according to the Pew Research Center—Newton Free Library has maintained cardholders, visitors, and book circulation. Library cardholders have been borrowing more and more library books every year since 2013, according to library data. An increase in programming, technology, and classes has also helped the library attract visitors on a regular basis.

“While print circulation has softened, readers are checking out even more ebook titles than ever before,” Jill Mercurio, library director of the Newton Free Library, told The Heights in an email.

Newton Free Library patrons borrowed more books from the library in 2019 than any past year, with a significant increase in rentals of e-books every year since 2013. The library circulated 588,449 books in 2019, marking a 4.7 percent increase from the last fiscal year. 95,808 of these were e-books, with the other 492,641 being print books. E-book rental has increased every year since 2013—in 2018, 76,606 e-books were rented. Cardholder data has also remained steady over the years. There was an increase in 2019, however, as the library recorded 49,123 cardholders, the largest total since 2014.

The Newton Free Library has introduced a variety of programs and measures to ensure that the library is adapting to cultural changes.

Royce McGrath, Newton Free Library’s supervisor for public services, outlined some of the products the library offers. The library has been using the service Overdrive for many years, which has a wide selection for e-books, digital audio books, and magazines. Users simply sign in to the Overdrive website with their library card information, and the content is available on all tablets, computers, smartphones and Kindles.

The library also provides a product called Kanopy, which has independent and foreign films that people can download at home to view even when the library is closed. Like Overdrive, Kanopy and Hoopla require users to have a library card with the Newton Free Library.

Programming has helped the library draw more crowds and make up for those who no longer come in for the borrowing of physical books, according to McGrath.

“We have Sunday concerts every Sunday where people may never even check out a book, but they just come for the free concert,” McGrath said.

All events hosted by the Newton Free Library are featured on the library’s website. Events include forums, book discussion groups, clubs, classes, and more. There are also special events geared specifically towards kids, tweens, and teens such as sing-a-longs, yoga classes, and holiday celebrations.

An area of focus for the library has been programming that focuses on technology, noted McGrath.

“We have been trying to add a lot of tech help programming to help people set up emails and learn about different apps, and another thing that people are very interested in is Makerspaces,” McGrath said.

A Makerspace allows people to collaborate, connect, learn, build, and create projects, according to the Newton Free Library website. Makerspaces feature specific programs as well as scheduled DIY Studio Hours. Some examples of Makerspace events include decorating pillows, building rubber band cars, making chocolate, and creating nail art. There are also repair days, where people can bring in broken items and learn how to fix them themselves. Additionally, the Makerspace includes a 3D printing service. A large number of public computers, scanners, printers, and copiers are also located throughout the library, all free of charge to the public.

Another area of programming is the English Language Learning and Literacy Program, which provides volunteer tutors to adult English language learners, as well as adults whose first language is English, to help them improve their reading skills. Around 500 volunteer tutors are currently assisting more than 700 learners, according to the library’s website.

Services such as museum passes and free home delivery to Newton residents who are unable to visit the library are also offered. 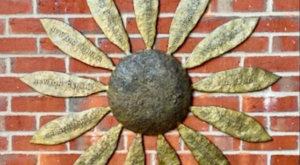