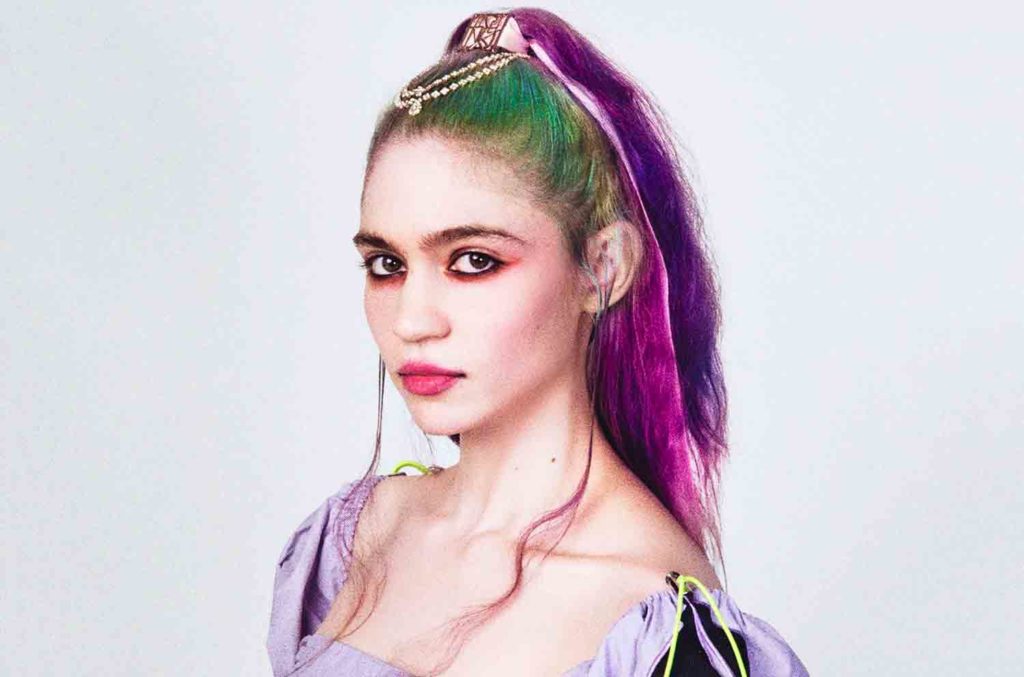 After earning mainstream recognition with her 2015 release Art Angels and even more media attention with the onset of her relationship with tech mogul Elon Musk, the Canadian-born artist Grimes now returns for her fifth full-length album, Miss Anthropocene.

With anthropocene meaning the era that began when humans started to be the largest influence on the environment, Grimes apparently throws all subtlety out the window with regard to the album’s message. But with a variety of themes that surpass just her eco-geared title, the album provides a much more dynamic listening experience than is to be originally expected. Miss Anthropocene is a wake up call and a call for help wrapped up in a not-so-neat little package.

The album’s opening track, “So Heavy I Fell Through the Earth,” drags on for six minutes, providing a pretty slow open to the already over-an-hour-long album. With alien whistles and haunting echoes, it ultimately fails to convey any particular theme and leads Miss Anthropocene off to a dodgy start. While setting the stage for the heavy material that is covered over the course of the album, listeners are ultimately left feeling confused as to how they should be feeling, or even approaching this mix of electric, emo, and pop.

Bringing on featured artist Taiwanese rapper 潘PAN for the follow-up track, the purpose of the album begins to shine through. Lamenting the loneliness of being left behind after the loss of a lover, 潘PAN and Grimes question life’s meaning in the existential “Darkseid.” Utilizing the eerie hook “Unrest is in the soul / We don’t move our bodies anymore” and emotive vocals, Grimes conveys how trapped she feels as discomfort engulfs the echoey track.

With a sudden, unexpected shift to a looped acoustic track, Grimes turns her focus to the ever-prominent opioid epidemic that has been plaguing the country, and in particular the music industry, for the album’s paramount track, “Delete Forever.” Calling upon her personal experience losing close friends to opioid addiction, she compares the epidemic to that of a high intensity war zone: “Cannot comprehend, lost so many men / Lately, all their ghosts turn into reasons and excuses.” Providing a provocative commentary on how many artists’ legacies are being turned into cautionary tales, Grimes tackles this difficult and personal topic gracefully on “Delete Forever.”

Later on, the album takes a bit of an upbeat turn with “IDORU.” Still realistic, the song’s optimism shines through with the message that good company can help to overcome an otherwise difficult situation. With a quick tempo and soft vocals, Grimes breathily sings, “I wanna play a beautiful game / Even though we’re gonna lose / But I adore you.” Coming after some of the album’s slower, more cynical tracks, “IDORU” is a welcome change of pace, and calls back to her more upbeat work on Art Angels.

Despite its roundabout approach, Grimes’ message still manages to shine through with warning and consolation working in tandem. The melancholy punk tracks and electro-pop beats provide an unexpected medium for Grimes to spill her heart about a variety of issues the world has struggled with since humans first took center stage. Grimes isn’t worried about being real, raw, and even a little messy. After all, life is messy, and the genuine emotion Miss Anthropocene evokes overshadows what it lacks in structure.

Miss Anthropocene is undoubtedly convoluted at times. In fact, upon first listen, one would not even attempt to guess that the climate crisis was one of the main narratives of the album. It is a far cry from FOALS’ Everything Not Saved Will be Lost: Part 2, which aimed for the same kind of social commentary. Miss Anthropocene is testament to the fact that artists are making the world’s problems their own, taking a personal approach and adding individual flair while raising awareness about them.

grimes 4AD
King Krule’s ‘Man Alive!’ is Isolation Incarnate
The Weeknd Laments Over Past Love and More in Singles