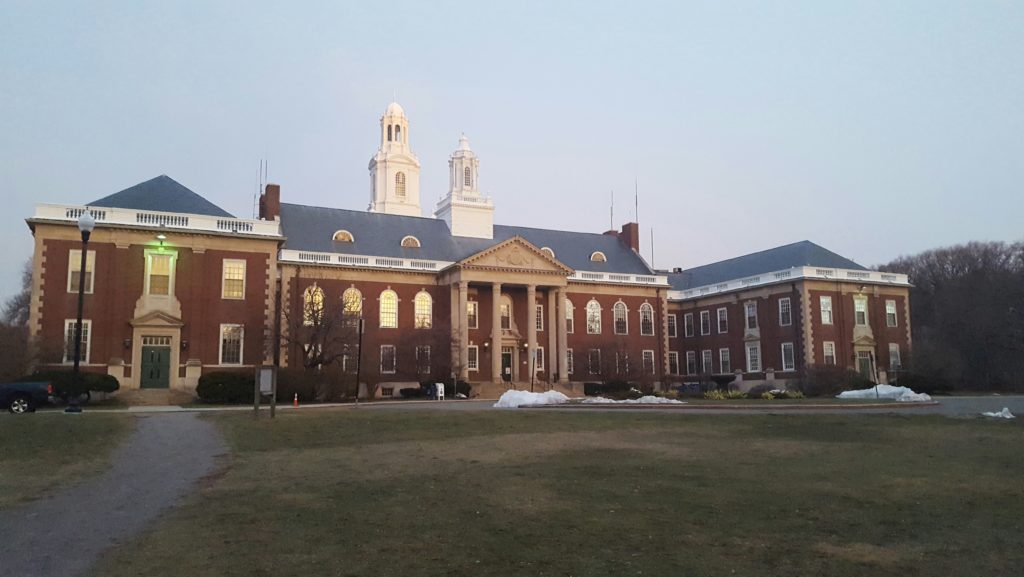 Katy Holmes, a preservation planner in the Planning Department, is currently reviewing three of the properties to see if they qualify for a public hearing, while the Historical Commission deemed the other two ineligible to be landmarks in January.

Despite the demolition, Malakie wanted to keep the building that was located at 1773 Washington St. on the agenda. The commission did not take action regarding the building at Thursday’s meeting, since it had already been demolished.

“I wanted to still have it on the agenda just so that it was sort of not erased from the record the way it had been erased from Washington Street,” Malakie said.

978 Watertown St., historically known as the Railroad Hotel and the Davis Hotel, served as a railroad-oriented hotel and as a boarding house after the Civil War. West Newton resident Seth Davis constructed the building in 1831, and it was listed individually on the National Register of Historical Places in 1986. The first floor of the four-story building is currently a Sweet Tomatoes restaurant.

Holmes said she received 11 letters in support of landmarking this building.

The owner of the property was not present at the meeting. Holmes said that she talked to the owner on the phone, and they were aware of this meeting. The owner received the commission’s letters and certified mail about the potential landmarking of the building.

Newton Historical Commission member Doug Cornelius said that he was conflicted about what to do with the property. He said that the Sweet Tomatoes on the first floor does not maintain the historical fabric of the building. Cornelius said he wanted to discuss other methods of preserving the building other than landmarking the entirety of the property, which would include the Sweet Tomatoes on the first floor.

“I don’t think that the retail should be part of the landmarking process,” Cornelius said.

Barbara Brousal-Glaser, former ward councilor for Ward 3, brought up the fact that West Newton Square—where the building is located—will be redone beginning in March. She said it would be important to maintain the building as a piece of history in the area.

“In terms of present day and the future of West Newton, that building is very important to the square,” Brousal-Glaser said.

Newton resident Laura Foote brought up the building’s connection to educational reformer Horace Mann, who had his first meetings for the Unitarian Commission in the building. She also asked for improved signage for the building.

“I want to couple this with a plea to have better signage of our historic buildings, especially with the plans for West Newton square,” Foote said. “There’s no reason that there couldn’t be information at the street level, so that people can really learn about the history.”

A young Newton resident also spoke on the importance of preserving the building. He explained that preserving it would be important for the education of future generations of Newton.

Despite the support for landmarking the building, Cornelius still had reservations.

“My concern is we haven’t heard from the property owner,” Cornelius said. “I think the property is worth preserving, but I think we have other tools opposed to landmarking it right now.”

After this reassurance, the five Historical Commission members all voted in favor of designating 978 Watertown St. as a local landmark.