A petition addressed to University President Rev. William P. Leahy, S.J. and the Boston College Board of Trustees calling for BC to support LGBTQ+ students at the University has now garnered more than 1,000 signatures. Another petition calling on BC to implement a gender-neutral housing program has more than 200 signatures.

The petition, started by James Mazareas, a graduate student at BC, calls on BC “to approve the creation of an LGBTQ+ Resource Center” and “include gender identity in its University Notice of Nondiscrimination.”

“It is time Boston College recognized the equal dignity of LGBTQ+ students and heed the calls to approve an LGBTQ+ Resource Center,” the petition reads.

Associate Vice President for University Communications Jack Dunn and Vice President for Student Affairs Joy Moore did not respond to requests for comment, and Director of Student Outreach and Support Caroline Davis declined to comment.

BC has a history of ignoring demands for the creation of an LGBTQ+ student center, and it received heavy criticism in 2005 after canceling a dance by the GLBTQ Leadership Council. The issue often comes up in the Undergraduate Government of Boston College elections, and UGBC president- and vice-president-elects Christian Guma, CSOM ’21, and Kevork Atinizian, CSOM ’22, have promised to present Moore with a plan for an LGBTQ+ resource center the day they are sworn in. Resources have increased through the years, though, such as with the student-to-student mentoring program, Pride Peers, and the Spectrum retreat.

“I’m all on board for this,” Williamson tweeted. “These kids should have their needs met, and all of us should stand up for them.”

At a congressional debate held on BC’s campus in February, candidate Dave Cavell also expressed his support for an LGBTQ+ center and gender neutral housing.

Neither Mazareas nor BC Students 4 Equality responded to requests for comment. 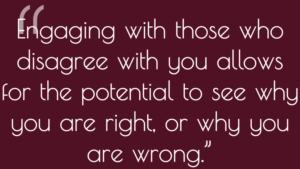