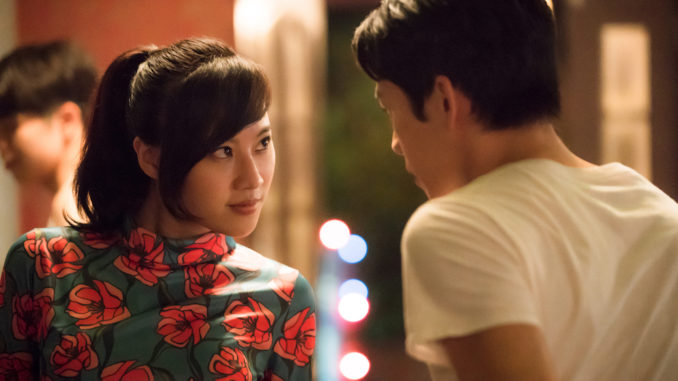 Netflix’s Master of None is witty, truly funny, and culturally relevant. Hearing that Alan Yang, former Parks and Recreation writer and co-creator of Master of None, was venturing into dramatic filmmaking was a welcome surprise. Released through Netflix, Tigertail was both written and directed by Yang. Unfortunately, the film simply lacks the charm of Yang’s previous projects. Telling the story of Pin-Jui (Tzi Ma), Yang explores—or at least attempts to explore—the extreme sacrifices an immigrant makes when trying to achieve the American Dream.

The film begins in Taiwan during the rule of the Chinese Nationalist Party. Showing Pin-Jui as just a young boy, the audience learns that his father was killed very early in the boy’s life. Pin-Jui now has to live with his grandmother to hide from government officials. As he grows older, he starts working at a dangerous factory with his mother in order to support himself and his small family.

As the story progresses, though, we come to learn that these scenes are a series of flashbacks. The story’s main narrative is set in the present. Returning from a recent visit to Taiwan, the divorced Pin-Jui is picked up from the airport by his daughter Angela (Christine Ko). They don’t really get along, and the movie heavily depends on the cliched “non-expressive immigrant dad fails to connect with his second-generation daughter” narrative. As he arrives home, Angela asks if he needs any help from her. He responds “No,” and she leaves without even a small hug or goodbye. As the audience gradually learns of the melancholic life Pin-Jui has made for himself in the United States, the story consistently flashes back to a teenage Pin-Jui (Hong Chi-Lee) in his home country. Although tough, life seems good for him in Taiwan. There is a clear attempt to contrast a pre-immigrant Pin Jui to the now older and stoic one.

The film is essentially attempting to ask a loaded philosophical question: Was the heroic journey to move to America and seek the American Dream worth it? Coupled with fractured relationships between Pin-Jui and his family members, the film seems to carry a substantial and promising amount of emotional weight. Unfortunately, the film is so thin in its exploration of these themes that they end up feeling quite meaningless. The script does not have a concrete focus that allows for the tackling of these topics, and several scenes are completely absent of any sense of character motivation or obstacles.

This, in turn, creates a flat main character who is inherently difficult to empathize with. The audience is never given any background as to why Pin-Jui is the way he is now. Yang assumes that flashbacks of a happy past warrant a sorrowful present for a character in a new country, and without any explanation for the character’s loneliness, all of the emotional weight evaporates. Pin-Jui becomes less and less interesting as the film moves along.

Furthermore, the relationship between father and daughter is never analyzed. Brought about by somewhat wooden acting by both Ma and Ko, it feels like every scene between them is an instant replay of the last, devoid of growth and attempting to hammer home an already crystal clear point.
Yang has a lot of good ideas, but the execution across the board seems half-baked. Especially with a deeply personal film such as Tigertail, establishing a connection between the audience and its struggling characters is essential. In the end, Tigertail’s weak themes and skeletal story might make one wish that they were just watching Master of None instead.

tigertail
AJ Dillon Ignores the Noise, Focuses on Self Ahead of NFL Draft
With Federal Funds Depleted, BC Says it Won’t Pay Students Unable to Work